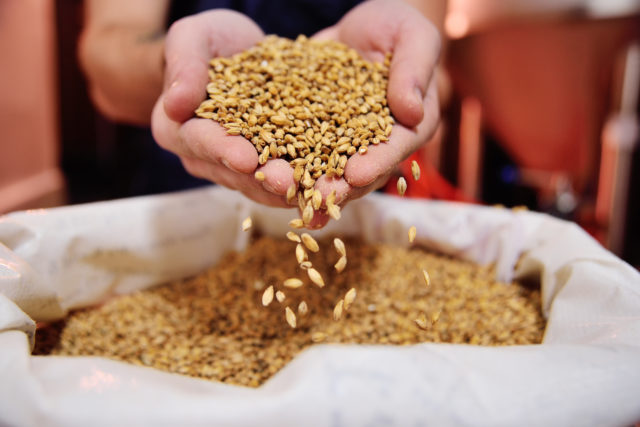 It’s been said that if beer didn’t already exist, no one would have invented it. That’s probably true; for all its simplicity, beer involves a series of complex processes and transformations, none of which occur without some form of human intervention.

And it all begins with the malt. Often called the “soul of beer,” the primary function of malt is to provide yeast the fermentable sugars (maltose) needed to produce alcohol. Additionally, malt contributes color (pale, amber, brown, black, etc.) as well as body (sometimes called mouthfeel) and a variety of flavors.

Go back through history, and you’ll find brewers all over the world using just about every cultivated cereal grain as malt, but then as is now, barley is by far the preference. And, similar to coffee beans, where barley is grown does provide some nuances, but the roasting process is where the action is.

The process begins simply: barley is harvested and soaked in water — which forces the seeds to germinate and sprout. Once they do, the maltster arrests germination by drying and roasting the grains, turning them into malt. Here is where the maltster decides the flavors the malt will produce in the brewing process. Most malts are roasted or kilned with either indirect heat (creating pale-colored malts, which yield flavors of cracker, bread and biscuit) or direct heat to generate darker colors and acrid flavors. In between those two reside a sea of colors and flavors, such as caramel, toffee, coffee and chocolate. The malt can even be smoked, which will impart the characteristics of the wood used (applewood, beech, hickory, etc.), which suffuses the beer during the brewing process.

Other grains can be malted (wheat, corn, rice, etc.) either for flavor, mouthfeel or fermentable sugars. These malts can come whole (and must be milled before use) or flaked. Some styles even take on regionalisms: Vienna malts are brown and biscuity while Munich malts are darker and bready. Pilsner malts give Pilsners their light straw color, while chocolate malts give stouts a rich black. Next time you’re near a homebrew supply shop, take a peek at the malt room, and you’ll be gobsmacked by the variants and options available.

Much like other ingredients in beer, local brewers have turned to local maltsters in search of local flavors. Troubadour Malting in Fort Collins routinely pairs with area breweries to produce beers made from all-Colorado ingredients. To wit: Odd13 Brewery in Lafayette makes The Colorado Kid, a hazy IPA with 100% Troubadour malt. Root Shoot Malting in Loveland and Colorado Malting Company in Alamosa also produce a wide array of Colorado base and specialty malts.

Every beer you drink conveys some sense of malt, from the pillowy mouthfeel of a juicy/hazy IPA to the dark, roastyness of porters and stouts. No sip of beer is complete without a moment for the malt: The crucial ingredient that connects brewers throughout the ages. While wine occurs naturally, beer requires purpose and intent. One does not haphazardly ferment a beer, nor should one haphazardly drink it.