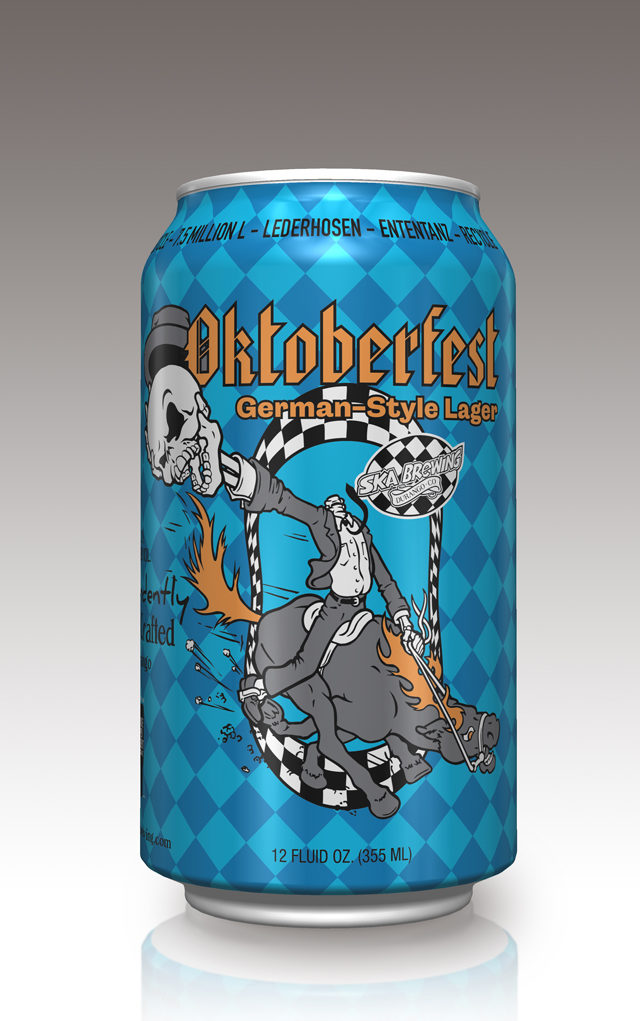 According to the calendar, fall doesn’t begin until the autumnal equinox (Sept. 23), and Oktoberfest doesn’t start until 10:45 a.m. on the third Saturday in September (Sept. 21). But don’t tell that to American consumers, who’ve been knocking back pumpkin spice lattes since Aug. 27. The first märzen this writer found on a tap list came even earlier; roughly the same time supermarkets started setting out pumpkins and decorative scarecrows. As far as American producers are concerned, you can be fashionably late to the party but not to market.

Then again, why wait for the ones you love? Few seasonal beers are as beloved in the Centennial State as the Oktoberfest staple, märzen. First promoted as a unique style in 1841 — by the Munich-based Spaten Brewery — märzen is a malty lager typically brewed with Munich malt and hopped with Tettnanger and Hallertau.

Developed by Spaten in the late 1830s, Munich malt was two-row barley dried using the newly invented indirectly fired kiln, as opposed to the direct-fired kilns. This technique allowed Spaten greater control and consistency over the malt, and the results produced a deep amber color, a full-body, strong and sweet malty aromas and flavors of caramel, cookie, honey and bread.

And thanks to Bavarian brewing laws, märzen — so named because it was brewed in March — was probably the final brew to use the hops from the previous fall’s crop. And since the aromas hops impart on the beer begin breaking down once the flowers are picked, hops in märzen were used more for their spice characteristics than they were for aroma.

For Germans, the result is a beer that is malt-tastic. Just don’t tell hop-loving Colorado brewers. Take Louisville’s Crystal Springs Brewing Company’s Oktoberfest: It’s as bright as a lager, sports the same color and exhibits that sweet cookie malt. But Crystal Spring’s Oktoberfest is an ale, and vivid lemony hops leap out of the glass and into the nose. Flavors of fresh tea accentuate notes of almond and toast, but the finish is as clean as any lager. It’s an oddity and a fine one at that.

Down in Denver, located a football’s throw from Mile High Stadium, Briar Commons Brewery + Eatery’s Earth to Märzen is exemplary of the style: deep mahogany in color, crisp and roasty on the nose, soft and pillowy in the mouth, with just enough pepper to prickle the tip of your tongue. It’s sweet and clean, and pairs beautifully with Briar Commons’ rosemary-tossed fries dredged in garlic aioli.

Hailing from Durango, but distributed all over, Ska Brewing’s Oktoberfest is made with 100% Munich and Vienna malts (more on märzen’s brother, Vienna Lager, next month) and German noble hops. It’s nutty and toasty, and can be consumed in great quantities — should you need something to put back while keeping tabs on football scores.

Oktoberfest comes but once a year, but, thankfully, märzen lasts a lot longer. Prost.