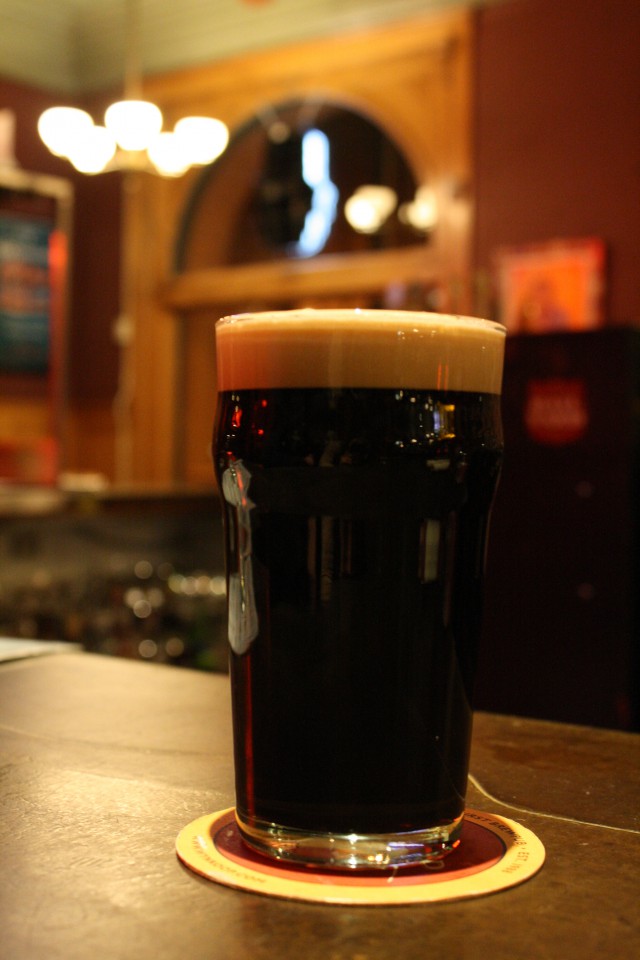 I can’t talk about Wynkoop Brewing Company without talking about history.

But enough has been written already about Wynkoop’s history, and anyway when I think of Wynkoop and history I’m really — as I am so often — talking about myself.

Four years ago, I made my first trip to Wynkoop without knowing much at all about it. I’m pretty sure I had to memorize the intersection at home before I left.

And of course once I got there it didn’t get any easier. The most I knew about beer was that the “Ice” version had more alcohol in it than “Light,” but no matter how much I scanned Wynkoop’s taplist neither of those words appeared.

Since I didn’t even know what IPA, ESB or black lager meant, I settled on Patty’s Chile Beer, not knowing then that the jalapeño-flavored ale was named for the founder and editor of Westword, Patty Calhoun, and also not knowing that I’d like five or six Wynkoop beers a lot more than the chile — a fact I would learn over the course of maybe a dozen more trips over the years.

One thing I did know on that trip? There was a whole world out there I didn’t really know a single thing about. I was sitting at Wynkoop’s large, irregularly shaped bar, my back to 18th Street, Wynkoop Street on my right, TV in front of me, the whole of a city I had lived in but hadn’t learned stretching out past the wall to my left, and I realized that I didn’t know which thing I knew less about, Denver or craft beer.

Four years and an entire lifetime later, I love Colorado’s oldest brewpub, the way you love the first poet who rewrote how you see the world or the first record that made your jaw drop. On a trip this week, almost exactly four years after my first visit, there are dozens of reminders of how much I’ve learned. I know where the place is, for instance, and how to pronounce Wynkoop (I prefer “wine” over “win”), and I know I’m not getting a Patty’s Chile, not while Cowtown Milk Stout is on tap.

But first it’s three samples, Wynkoop’s two rotating seasonals and its newest star. Perhaps catching up a little with the newer microbreweries that are all about experimentation, Wynkoop has a sour ale on, which the bartender tells me is a blend of a sour and a saison. Koop de Ville, it’s called, is mild for a sour, with tons of different flavors — fruity, citrusy, yeasty, the tiniest bit metallic at the end. There’s also a pumpkin ale, Drunkin’ Punkin’, one of the best pumpkin ales of the season, on the lighter and milder end compared to stout-based pumpkin beers.

The new star is Colorojo, a double red ale that Wynkoop has started canning. Colorojo has joined B3K Black Lager, Silverback Pale and Rail Yard Amber — and maybe even replaced some of them — as Wynkoop’s most visible, widely distributed beers. In the vein of “double” anything, it’s complex and layered, hoppy and malty and sweet.

A Cowtown — sweeter, milkier, maybe a little less dense than Left Hand’s Milk Stout — comforts me through the pain of finding out bangers and mash aren’t on Wynkoop’s new menu. But it’s back to feeling positive when I produce a free beer token from who knows when, at least two years ago, and the bartender gladly accepts it.

On my way out, I say goodbye for now to my old friend and craft beer guide. I’ve learned a lot in those four years about both the city and the craft beer world, more than I thought there was to learn. But I know I’m not done yet.