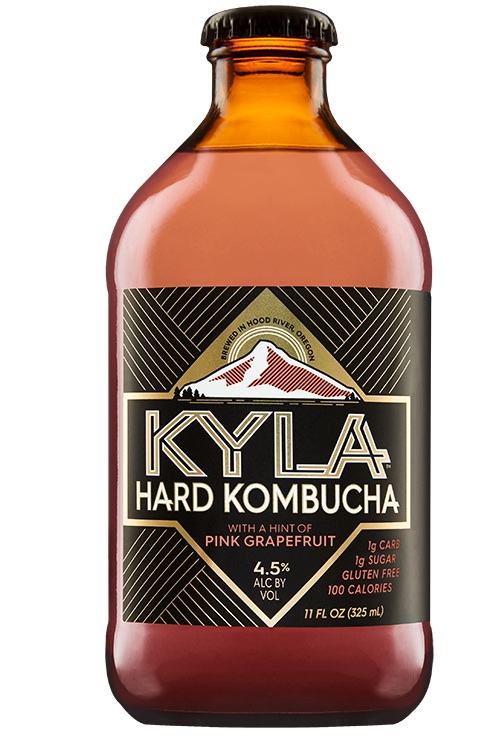 Colorado drinkers are awash with options. That’s quite a shift considering 10 years ago Colorado’s Blue Law kept liquor stores closed on Sunday. Now you can buy booze any day of the week, snag a six-pack at the grocery store and enjoy a cocktail at the movie theater. Not too mention, almost every event, charity function or group activity either has an alcohol sponsor or is at least anchored by a trip to the local watering hole.

With all these options of where to drink comes an overwhelming array of what to drink: beer, cider, wine, hard seltzers and more flavor profiles than you can shake a stick at. On top of that, drinkers are becoming more health-conscious and seeking low-calorie alternatives to their favorite beverages. Some brewers are trending toward lighter styles, while others are incorporating lines of hard seltzer.

Following in a similar suit — albeit with much more flavor — are hard kombuchas, fermented tea with any number of roots and fruits added in the production process. Fermented with SCOBY (symbiotic culture of bacteria and yeast) as opposed to beer’s typical use of Saccharomyces strains, kombuchas produce vibrant esters, sour aromas and a distinct flavor of vinegar. Looking to drink lighter but craving more flavor than light lagers and hard seltzers have to offer? Think kombucha next time you drink.

Before you dive in headfirst, give the New Image Brewing lineup a look. In addition to hop-saturated hazies, New Image produces a line of kombucha-inspired sour ales, Dyad, with fruit variants changing every now and then: Blackberries & Cream; Passion fruit, Orange and Guava, even Cran-Cherry Crumble. You can find them in cans around town, or visit the taproom in Old Town Arvada — the folks there will prep you for the flavor profile of a true hard kombucha.

GT’s Living Foods offers a half-dozen or so kombuchas with elevated levels of alcohol — anywhere between .05 and 4.3 percent alcohol by volume (ABV) — but its Heavenly Hops is the one that hews closest to an ale. Using a dual fermentation, Heavenly Hops clocks in at 3 percent ABV, which does provide alcohol’s warming and relaxing sensation without any unwanted impairment. The nose is loaded with bright lemons and fresh ginger; the mouth is tart and acidic up front but blossoms about halfway down. It’s kind of like drinking a sour ale mixed with a dry-hopped India pale ale and a dollop of apple cider vinegar. It hits all the registers.

KYLA’s Hard Kombucha is smoother and somewhat sweeter — despite no additional sugars. If the vinegar of GT’s Kombucha isn’t your thing, give one of KYLA’s three variants a quaff — Ginger Tangerine, Hibiscus Lime and Pink Grapefruit. It’ll help you recover from a hard workout or accompany a workday lunch without the dreaded 1 p.m. nap.