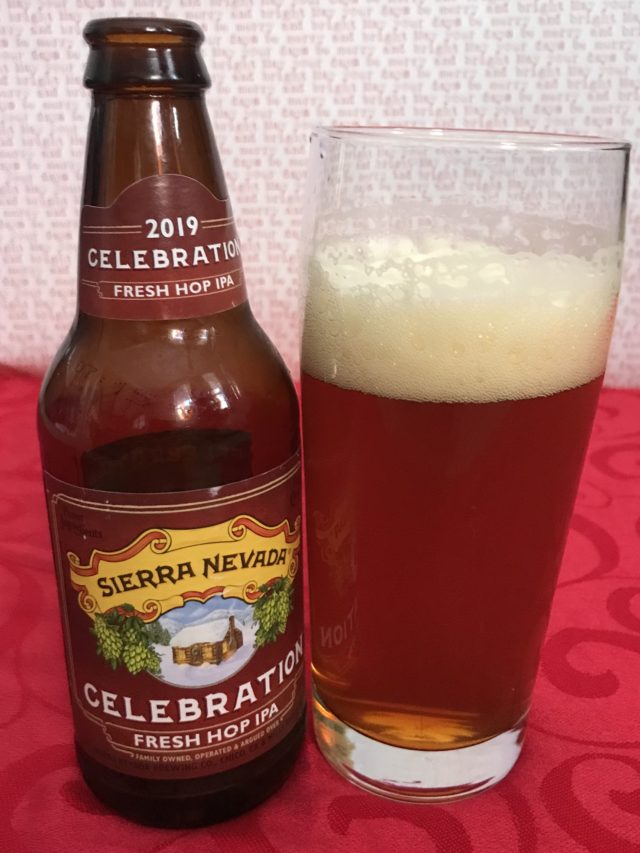 Like Enstrom Almond Toffee and Hershey’s Kiss cookies, it’s just not the holidays without a few signature ales. Here are four to get you started, but your local liquor store probably has 40. Dollars to donuts says your taproom down the street has a few as well.

Celebrating Black Friday the stout way, Oskar Blues Brewery’s Ten FIDY is already a winter staple. Big and burly, this imperial stout (10.5% alcohol by volume) pours thick black and kicks up a loose, rocky head of milk chocolate colored foam. Serve the beer cool to the touch, and you’ll detect subtle notes of maple and chocolate in the nose. The mouth is the same but different, with a prickle of hoppy bitterness up front masking a sea of thick, roasted malt. They pack a wallop of alcohol, which warms the throat and softens the mind.

Ten FIDY is a winner, but like any good imperial stout, it comes with a series of variants and this year’s barrel-aged version (clocking in at 12.5% ABV) takes the stout from beverage to after-dinner dessert. It’s a beast of a brew, pouring out thick and black with a thin head of mocha-tinged foam. The nose is of molasses with red fruit (currant, blackberry, ripe cherry) and a hint of bourbon. The mouth is full and creamy with notes of dark chocolate, espresso beans and roasted malts.

There is a hint of vanillin, and an extra dollop of bourbon in the barrel-aged Ten FIDY, but the brew sidesteps the typical fusel aroma and flavor of most barrel-aged ales. That doesn’t mean the alcohol isn’t there; it manages to slip past the tongue and blossoms in the belly like a warming red fire. Try a snifter of it in lieu of your go-to spirit next time you unwind after a hearty meal.

Ten FIDY is best drunk at night — preferably near a comfy couch or a warm bed — but for something brighter and daytime-oriented, look to Sierra Nevada Brewing Company’s iconic fresh hop IPA, Celebration. It’s as bright and piney as hiking through a forest frosted with fresh powder.

First brewed in 1981 as a counterpoint to the spiced ales of the season, Celebration utilizes fresh Cascade, Centennial and Chinook hops to produce a vibrant and bright classic American IPA with a solid backbone of bitterness (65 IBUs). And since none of the hops are pulverized or pelletized, these whole cones release a different kind of lemon and resin flavors than the IPAs you are used to. There’s even a slight woodiness to the beer, along with a base of caramel and robust 2-row malt. It’s spectacular, arguably one of the best IPAs you’ll drink all year.

And in the wild department, Upslope Brewing Company release’s their annual Wild Christmas Ale at the Lee Hill brewery, Dec. 5. This year’s version spent eight weeks refermenting on Colorado-grown red plums and a year maturing in oak casks. They’ll have a release party from 5-9 p.m., and you can snag past editions (cranberries, black raspberries and Balaton cherries) alongside this year’s plums.