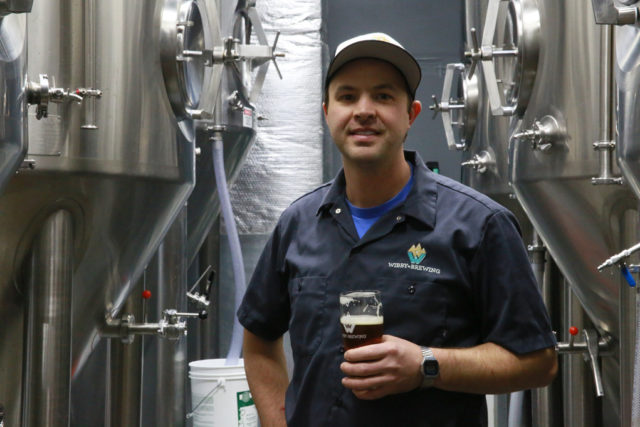 There’s so much more opportunity in the lager world than there is in the ale world, right now,” Ryan Wibby, co-founder and brewmaster of Wibby Brewing tells Boulder Weekly. Lager is Wibby’s bread and butter, and the way things are going for the 3-year-old Longmont brewery, he might be right.

Located just a few blocks east of Longmont’s Old Town Main Street drag, Wibby Brewing inhabits the former truck maintenance facility of the now-defunct Butterball Turkey plant. Wibby and company converted the space into an attractive indoor/outdoor taproom and brewery, producing roughly 3,000 barrels of beer in 2017 with a projected production of 4,400 barrels in 2018. Considering its first year’s production topped out at 1,700 barrels, Wibby’s growth proves there is quite the market for craft lagers.

“People haven’t really explored it,” Wibby explains. “Mainly because of all the capital it takes. We have to buy twice as many tanks as a typical ale brewery would.”

That’s because producing lager can take up to three times as long as producing ale. While most ale brewers need only seven days, Wibby’s lagers take about 28 days from start to finish.

“Technically it’s more difficult to make a crisp, clean lager that’s good to drink,” Wibby says. “We know there’s a whole realm of beer that’s unexplored in the American craft beer industry, and our goal is anything an ale can make, a lager can make better.”

Wibby refers to this potential as “the lager rainbow.”

“There’s anything from our lightest beer (Lightshine Helles) to our darker (Moondoor Dunkel) and even darker beer that’s aged on chocolate and vanilla beans (Nine-Toed Nihilist Barrel-Aged Russian Imperial Lager),” Wibby says proudly. “We can hit any range of flavors, whatever particular flavor you like.”

Though Wibby grew up in Golden, he studied chemistry at Ithaca College in New York, picked up a love for lager in Central Pennsylvania while working at Iron Hill Brewery in Lancaster and turned that love into a profession at a six-month “Certified Brewmaster Course” at Berlin, Germany’s, VLB. There, Wibby came up with the idea to combine traditional German lagers and American craft beer ingenuity, melding the two to create “something completely different.”

“It was super unique and very delicious at the same time,” Wibby says.

Case in point: Wibby’s take on an India pale ale (IPA), which he calls an IPL or India pale lager.

“It’s a bock (strong lager) with a ton of late-addition American hops,” Wibby explains. “It tastes like an IPA, it smells and has the flavor of an IPA, but it’s crisp and clean like a lager.”

And with IPL on the tap list, Wibby is challenging drinkers’ preconceived lager notions, one pint at a time.

“We love that tension, changing the perception of what lagers are,” Wibby says with a smile. “They can be super-flavorful and super-creative; they just have this crisp, clean finish.”