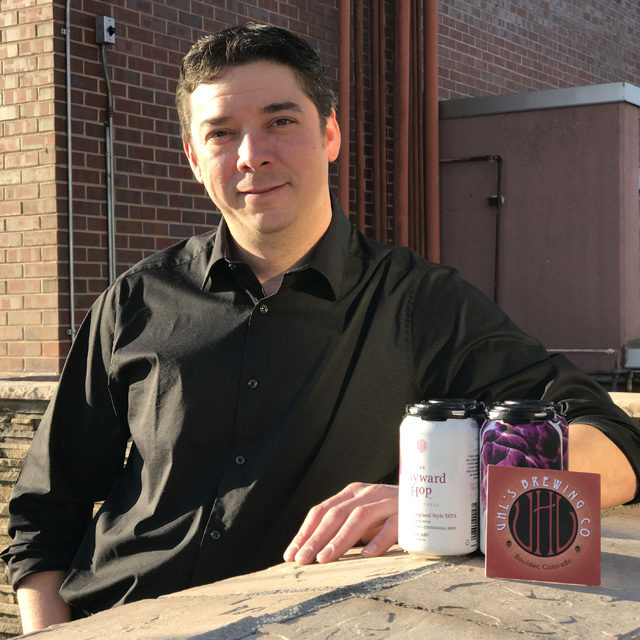 Any day I walk back into the brewery with beer, it’s a sad day,” brewer Aaron Uhl says with a sly grin. “Even if it’s just a case or two, it’s a sad day.”

Spoken like a salesman with beer in his blood — his ancestors were 19th-century Pennsylvania brewers — Uhl knows that the success and failure of the Uhl’s Brewing Company rest solely on his shoulders. Even his business card — a thick square cardboard that doubles as a drink coaster — reads like a résumé: “Founder, owner, head brewer, quality control manager, lead sales rep, delivery guy and every other role that goes into making a beer y’UHL love.”

That last bit — y’UHL love — is both his slogan and a handy guide to pronouncing the name. Nothing goes to waste with Uhl, a trait that dates back to his homebrewing days.

“I was brewing almost every other week, usually five to six fermenters in the house,” Uhl recounts. “If there was a square foot of tile, there was a spot, in my mind, for another fermenter.”

Uhl’s obsession paid off. His beer was in such demand from his friends and co-workers, “It got to the point where I didn’t get to drink any beer.”

Encouraged by friends and fellow brewers, Uhl began crunching the numbers and looking into opening his own commercial brewery. But an estimated $1–$1.5 million price tag just wasn’t feasible.

Then Uhl met Nick Garrick — the owner of Acidulous Brewing Company, a contract brewer working with Crazy Mountain Brewing in Edwards. Before he knew it, Uhl had a blueprint for the Uhl’s Brewing Co.

Contract brewing — where a brewer uses a host brewery’s equipment to make their beer — is nothing new in the craft beer scene. But unlike some contract brewers, which are marketing companies in disguise, Uhl is involved in every aspect of the brewing process. From procuring ingredients to recipe-building, every 15-barrel batch brewed belongs to Uhl.

“It’s really my process across the board from beginning to end,” Uhl says.

Currently, three of Uhl’s brews have hit the market, all from The Wayward Hop series: double dry-hopped New England-style double IPAs loaded to the brim with pungent hop aroma and flavor. Volume Three, with nearly eight pounds per barrel of Amarillo, Azacca and Centennial, is soft yet structured, intensely juicy with a bitter backbone holding the sweetness at bay. Uhl calls it an east-meets-west IPA: “You have a juicy mouthfeel at first and good body and malt to back it up and then it finishes with a dry, lingering hop finish.”

Currently, you can find Uhl’s Brewing Co. in 25 liquor stores from Longmont down to Denver. On some days, you can even meet Uhl at the beer case, ready to tell you what’s brewing next. You don’t always need a taproom to put a face behind the beer.