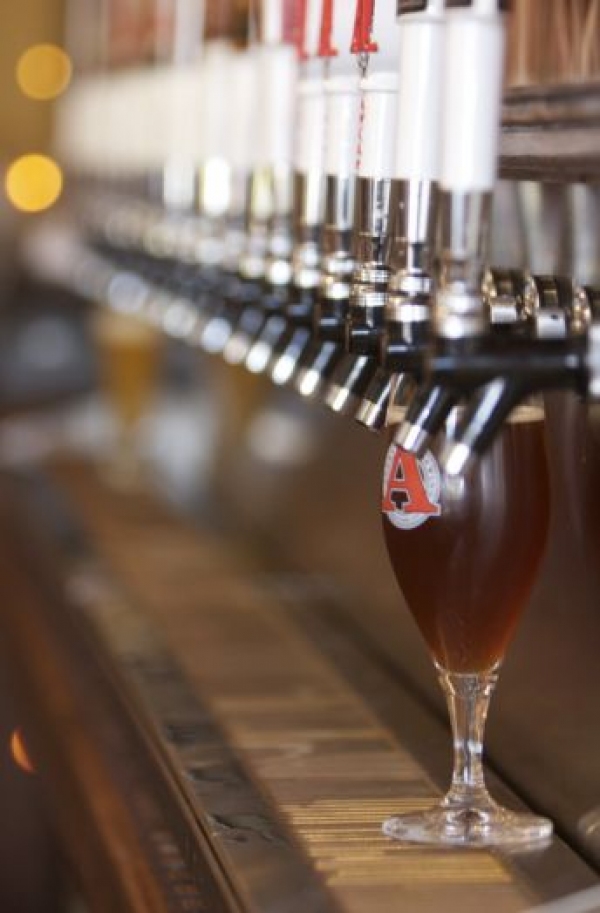 Everything dies, as Bruce Springsteen tells us in “Atlantic City.” That includes pumpkin ales, which have a special place in the hearts of some of us at the paper.

The seasonal is just about out of season at this point, after we here at Boulder Weekly have tried more than 20 varieties of pumpkin beers, from the sugary-sweet Ace cider to Avery’s ridiculously boozy Rumpkin rumbarrel-aged pumpkin ale. But we happened across one final pumpkin ale — it’s got to be the last of the season, right? — tucked in among the usual suspects at Avery.

This pumpkin ale, “GORED!,” is a pleasant surprise in itself. It’s strongly spiced and complex, an excellent farewell to fall now that the entire state has frozen forever.

And since it’s hard to order a pint at Avery — how could you zoom in on just one beer when there’s a good chance you’ve never even had six or seven things on the menu? — the BW drinking team loads up on tasters.

I notice after ordering that almost all our beers feature adjuncts, the brewing term for added-in ingredients that contribute flavor. The yeasty and delicious Missionary Position Belgian quad features prominent pineapple; the smooth hand-drawn Choco-Cinnamon Stout does indeed include those two things, though they’re subtle; the Bhakti Chai brown features the familiar spiced tea; Out of Mind coffee stout’s aftertaste is dominated by java; and the chocolate mint stout is cookie-like.

Dave, an avowed fan of light German lagers, even gets excited about Lilikoi Kepolo, a common sight this year at Avery’s taproom.

It’s such a strong variety I can’t even find space for Old Jubilation, which is always among Colorado’s best holiday ales, to the point that I’d even recommend a full 16 ounces. And don’t worry, Avery knows that it’s dark beer season but it still has five IPAs on tap.

On a Friday afternoon, the tasters stretch out for a lot longer than necessary — and yes, lunch hour beers are necessary. We’re working here, after all.

And the whole crew is here because pumpkin ales aren’t the only thing reaching their end: It’s my last day at the paper and my final trip for the beer tour. Which might explain why The Boss’s fatalist lyrics are on my mind.

As much as I’ve enjoyed the job of writing about beer — although, as I always mention when I describe my job, that’s not the only thing I do — it’s time to move on.

So we all get four more ounces to buy time to reflect on the beer tour, which at 11 months has now covered about 45 breweries and probably 300 beers. We’re recounting our favorite brews — recently, Russian imperial stouts, and more broadly, most things with a unique character — and our favorite stops — opening night for Kettle & Stone, tasting the hottest beer in the known universe with Bob Baile of Twisted Pine, that time we went to BJ’s for the beer.

Then my replacement notices the final round of tasters. “I’m seriously starting to wonder if you ever work,” Josh says, not just of me but of the whole staff.

That kind of attitude won’t fly for a column about beer. I mean, what does he think we’re doing?