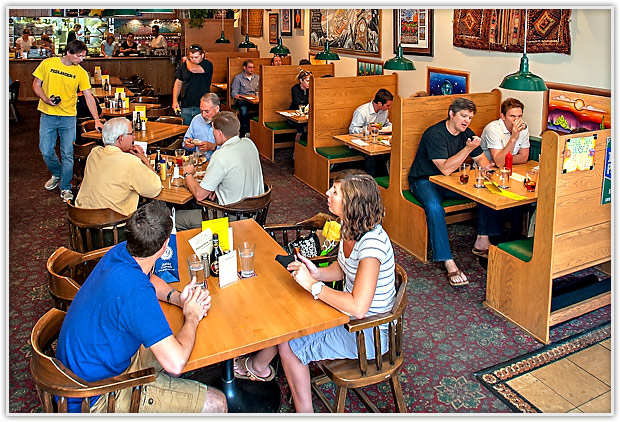 Craft beer has never been about just the beverage. It’s about history and tradition, ingredients and flavors, and, maybe most importantly, it’s about community.

For centuries, communities of every size revolved around beer gardens, beer halls, pubs and bars. Here, revolutionaries planned, the intelligentsia debated and locals gathered to chat. Then came Prohibition, and with it, the notion that the watering hole was a social scourge. Thirteen years later, the 18th Amendment was repealed, and America once again became a wet nation, but the damage to the local tavern was done. The following decades would introduce a series of developments — the aluminum can, the interstate highway system, a move to the suburbs, etc. — that would push beer drinking from a social activity to a personal one. Come the 20th century’s midpoint; the American middle class was more likely to drink a beer at home than at the bar down the street.

Then came the 1970s and the craft beer revolution. Communal groups like homebrew clubs put a flavorful and inventive shine on social drinking, while the first commercial craft breweries attracted the curious and the eager.

The majority of these breweries produced English-style ales, partly because they required less time to brew than German-style lagers (and thus, were more cost-effective), and partly because a vast number of these pioneering brewers spent time across the pond in pubs. Yes, the beer was flavorful, but so was the atmosphere. There’s a rich history of the English pub, romantic even, and as these brewers designed and built their tasting rooms and brewpubs, the English model proved seaworthy. Think of Mountain Sun Pub & Brewery (established 1993) on Pearl Street: Carpet, wood furniture, decorative walls, no TVs or loud music.

Cozy craft spaces still exist. Longmont’s Primitive Beer has picnic tables next to their koelschip and couches by the oak barrels. Nederland’s Very Nice Brewing Company features a handsome beetle-kill pine bar top and about a half-dozen tables. But they are becoming increasingly rare in a world where the typical taproom features concrete flooring, exposed ceilings, metal tables and chairs. These breweries lean on factory and industrial aesthetics to reflect the production behind the bar, the physical location — they are often outside neighborhoods and towns in warehouse areas where space is more affordable — and a modern appeal. These are not your parents’ taprooms.

With nearly 8,000 breweries in the U.S., you can visit practically any city and find examples of both. Most of the time, the age of the brewery and the selection featured on the tap list will also fall along party lines.

Back here in the Centennial State, one commonality connects them all: The patio. Sometimes it’s a few chairs and tables in a quartered off section of the parking lot. Other times it’s an elaborate outdoor dining and drinking space with canvas awnings, a plethora of games and a food truck.

It takes all types: Cozy and cluttered, spacious and loud, even al fresco. When it comes to drinking in the Colorado, there’s a craft space for all.