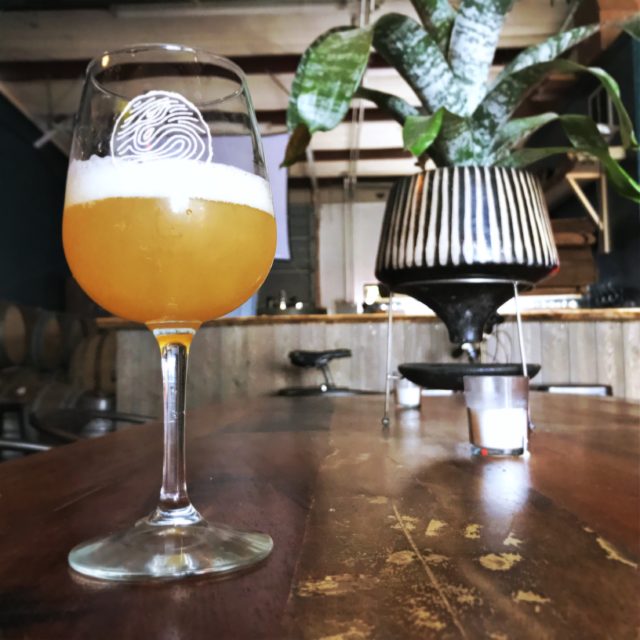 “I can’t stay stagnant,” Adam Kandle of Adamant Brewing & Blending says with a grin. And he isn’t. Already the co-owner of Boulder’s homebrew and winemaking store, Boulder Fermentation Supply, and the small taproom next door, VisionQuest Brewery, Kandle has a new project in town, this one about five miles northwest, where the buses turn around. He calls it Adamant Brewing & Blending, an ode to mixed fermentation and oak-focused beers.

Born out of necessity, Adamant is a chance for Kandle to “clean up” (remove any unwanted wild yeast) VisionQuest, while trying something completely different. Lucky for him, Zach Nichols relocated Cellar West Artisan Ales to Lafayette and Kandle scooped up the small garage/brewery nestled between North Boulder’s auto repair shops.

If you ever visited Cellar West, then you already know how Adamant is laid out: Smallish taproom with a bar and a half-dozen stools near the entrance, a couple of tables for parties of two or more and a garage filled with oak barrels fermenting the goods.

Currently, Adamant has four ales on tap and two more available in the can. Due to Kandle’s size of production, you better visit sooner rather than later should any of the below pique your interest.

Start with Raw Wild Strawberry, a sour ale made with rhubarb and strawberry. Sporting a slight pink hue, loose carbonation and a soft nose, Raw Wild Strawberry comes alive in the mouth with flavors of sweet strawberry, tart rhubarb and tangy sourness. It’s not like anything you might anticipate — the mingling of flavors is vibrant and invigorating — and it’s refreshing to boot. Pair it with a bowl of hummus, fresh radishes and sliced cucumbers; you’ll be in heaven.

Even if Adamant isn’t pouring Raw Wild Strawberry, go. All available brews are worth the trip and then some. The Berliner Weisse is tart and snappy, like pink grapefruit without the pulp. Raw Needs Islands is a piña-colada inspired sour with coconut and pineapple and fermented with lactobacillus and saccharomyces; the best execution of a flavor profile many breweries aim for.

Available in to-go cans are Oyster, a mixed-culture sour wheat ale fermented in oak puncheons with oyster mushrooms — the nose has a fleshy earthiness, but the mouth is mostly tart acid with a hint of funk — and Grisette, a Belgian-style mixed-culture wheat ale. Grisette is Kandle’s canvas: Like the other beers but don’t want the flavors of strawberry, rhubarb, piña colada or mushrooms? Grisette is the brew for you.

But if you’re looking for something truly different, JARROD Mixed Fermentation Pale Ale is fermented with a Belgian yeast strain and Adamant’s house Brettanomyces. Using Eukanot and Azacca hops like aged Parmesan, JARROD is dry, like brut Champagne, funky like a Belgian saison and contains the prickle of a beautifully bitter pale. It’s fantastic.

Adamant Brewing & Blending opened in March 2019, and Kandle projects selling about 100 barrels of beer in his first year. Not bad for a side hustle designed to keep the Boulder brewing scene funky.