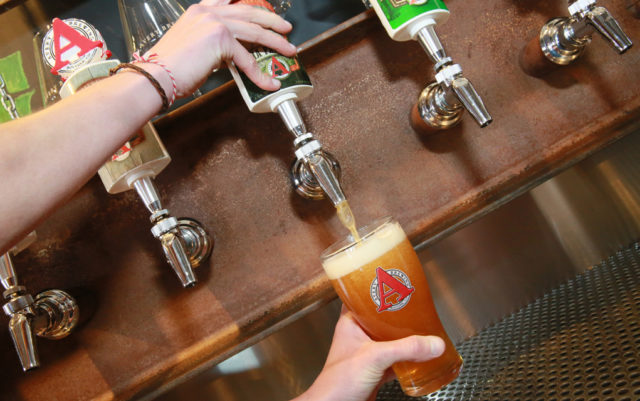 Welcome to our fine city. Nice, isn’t it? We here at Boulder Weekly understand that Parent’s Weekend can be a little overwhelming for first timers — watch out, here comes another biker — but at least those Flatirons are lovely to look at while you try to figure out what in the world your kid has been doing with all that tuition money you forked over. Yes, there is plenty they’re not telling you. No, it’s not nearly as bad as you think it is.

Why not take a break from that silent enigma you call your child and enjoy a little me time at one of Boulder’s many fine craft beer establishments. May we suggest the Avery Brewing Company?

There are legions of craft breweries in Boulder, but Avery is the granddaddy that must be reckoned with. They opened their doors in 1993 and with workhorse standards like their India Pale Ale (6.5% ABV), Ellie’s Brown Ale (5.5%), Joe’s Pils (4.7%) and White Rascal (5.6%) — which won the Best Belgian-Style Witbier award at the Great American Beer Fest in 2015 — Avery has become a major player in the craft beer world.

But you probably know all of those beers, so embrace the adventure and grab a glass of El Gose (4.5%). Pronounced goze-uh, this German-style sour features sea salt and plenty of lime. Gose is old-world beer, dating back to 16th century Germany, but it went out of style for a spell. Those were the dark times and Avery is doing their part to bring back this delightfully tart beverage.

But Gose isn’t the only thing that Avery is bringing back in style. The Nestor’s Cup (4.9%) is a Mycenaean — ancient Greece circa 1650–1200 B.C. — inspired beer that is brewed with six-row barley, einkorn wheat, acorn flour, figs and elderberries. The Nestor’s Cup packs a wallop of fruit leather, is unlike anything that you’ll ever have and is absolutely delicious.

El Gose, Nestor’s Cup and Raspberry Sour (6.5%) — a barrel-aged sour with ripe red strawberries and lots of lactic acids — are complex, full-bodied beers with plenty of nuances. Drinking them, you might be tempted to analyze them the way you might a Burgundy or Côtes du Rhône, which is why you must dive into a glass of Terpsichore (10.1%). In Greek mythology, Terpsichore was the goddess of the dance and Avery has done right by her with a beer/wine hybrid. Made with Syrah grapes, wild yeast and aged in Cabernet Sauvignon barrels, Terpsichore is sweet, sour, tart, fizzy, lightly tannic and endlessly entertaining.

Terpsichore is why you come here; you won’t find it anywhere else. Same for Nestor’s Cup and several other offerings that are Avery taproom specialties and worth the trip. So leave that kid to their own devices and indulge yourself at Avery — the upstairs bar is quite nice. And if the silent treatment has driven you to your wit’s end, ask the bartenders all the questions you want. They’ll be happy to give you a straight answer.