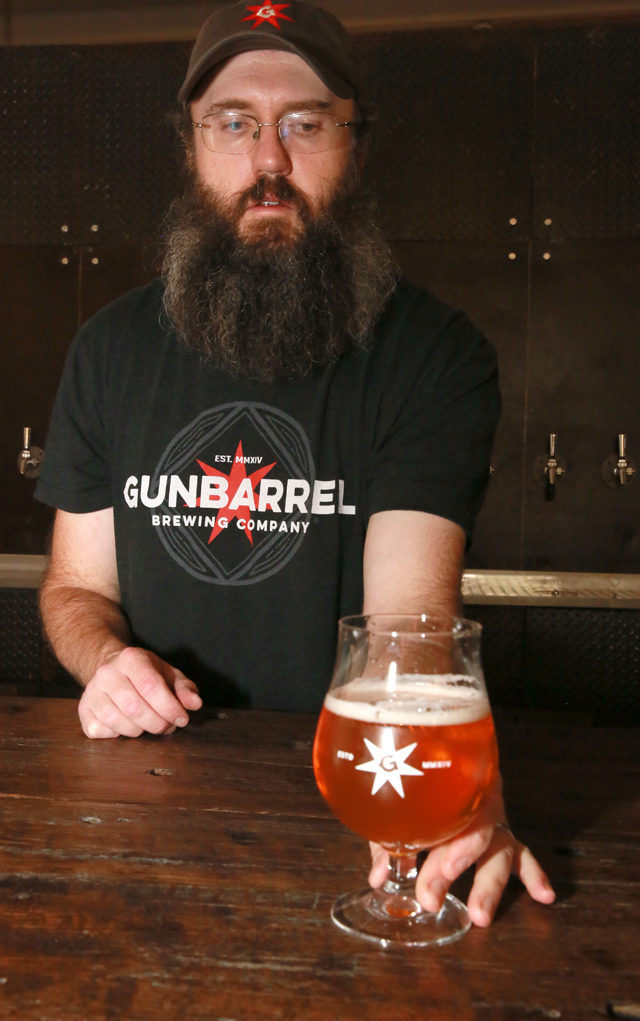 Boulder has a new place to knock back a few, which is good news for all. Better news for those who punch the clock at nearby businesses like Micro Motion; it’s quite close and open during lunch hours on certain days. Craft beer can truly be a thing of beauty.

Gunbarrel Brewing Company, so called to invoke the rugged and wild spirit of the West, is Boulder County’s latest craft brewery and though it has a small following now, there is plenty of room to grow. Sitting atop 5.5 acres, this 20,000-square-foot space is large and waiting to be filled. According to their investment strategy, Gunbarrel Brewing currently utilizes a 10-barrel brewing system but has room to stretch out to a full 200-barrel brew house.

Though it’s located in a large and somewhat empty space in one of the county’s many office parks, the beers at Gunbarrel Brewing are neighborhood friendly. There aren’t a lot of gimmicks at Gunbarrel Brewing, just a solid slate of easy drinking beers that’ll climb all over you if you’re not watching your back.

Take the Scotch ale, Begbie (6.2 percent alcohol by volume), for example. Named after Trainspotting’s heroin-abstaining, hard-drinking, explosively violent psychopath, Begbie is low in bitterness and hops, high in sweet malty deliciousness. Concocted with crystal, chocolate, pale and Munich malts, among others, and a dash of fuggles hops, Begbie is the perfect drinking companion. Just make sure to switch before this Scotch embodies his namesake and turns on that deadly dime.

Owners Jamie and Marie Fox must have a thing for fighters because their export-style stout, Milo of Croton (8.3 percent), bears the name of an ancient Greek wrestler. Crystal, chocolate and pale malts all make another appearance, as do flaked and roasted barley, with some fuggles and apollo hops. Milo is smooth, sweet and solid from front to back.

Hop heads needn’t worry; Gunbarrel has you covered with Wilson (7 percent), a standard West Coast IPA that is clear as a bell and leaves solid lacing all the way down the glass. Wilson has significantly less bite than some other IPAs around town, and even at 7 percent alcohol, maintains Gunbarrel’s overall easy drinking M.O.

Holee Cow (7.5 percent) is an IPA of the hazy varietal, tamping down the bitterness and hop burn with a dash of lactose. The result is a cloudy IPA that exhibits juicy fruit and citrus; just the sort of beer one needs after a long day of staring at flow meters.

Gunbarrel has more: Sweet Jane (5.4 percent), a wheat ale loaded with Palisade hops; Long Haul (4.8 percent), a blond ale with a touch of bubblegum on the nose; Bogan (5 percent), an Australian sparkling ale, among others. There are currently 10 brews on the tasting menu, but 22 taps behind the bar, all just waiting to let the beer flow freely. Just make sure to check the website before you head out the door as the food trucks rotate daily and hours vary.