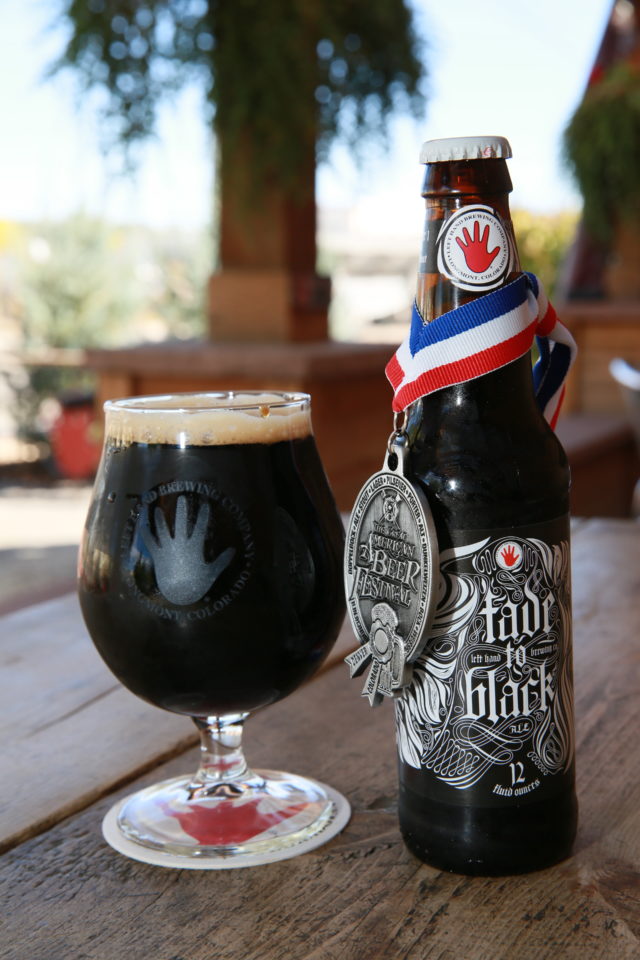 If you’re looking for nitro in Boulder County, look no further than Left Hand Brewing Company in Longmont. These are the folks behind the annual celebration of nitrogenated beers, Nitro Fest, but their love for a smooth nitro brew cannot be contained to the month of November and Left Hand features plenty of nitro offerings on-tap and in the bottle. Right now, the best nitro beer you’ll find is the deliciously smooth and devilishly sweet Bittersweet (8.9% ABV). This imperial coffee milk stout is one of Left Hand’s best, partly because of the silky smooth texture that the nitrogen adds and partly because the brew resides somewhere between the sweetness of syrup and fruit. It is both and neither at the same time, a beautiful contradiction with a touch of coffee to wake you up.

Maybe a nitro stout isn’t your thing. No biggie. Maybe you are looking for something clear and light with a biscuity taste like Polestar Pilsner (5.5%). Or maybe it’s a session IPA with some tropical fruit you crave or an Introvert IPA (4.8%). That last one is my associate’s favorite and not just because she identifies with the name. She appreciates a beverage that produces a wallop of flavor without the sluggishness of heavy alcohol. When it comes to the winter months, I belong to the opposite camp. Give me something with the octane to warm up my insides while satiating every last taste bud my tongue holds true.

Thankfully, Left Hand Brewing is big enough for the two of us. As she quaffed an Introvert, I dug into Left Hand’s seasonals, all of which are tailored for a long and cold winter. Beyond the Bittersweet is Hard Wired (6%), a coffee porter served on nitro and featuring plenty of roasted coffee on the back end. The Wicked Juju (7.2%) is an imperial spice ale with a whole lot of ginger and nutmeg on the nose and pumpkin pie spice in the mouth. When I convinced my associate to try such a beverage, she remarked that this was the sort of beer you drank while hunkering down in the cabin next to a roaring fire.

Speaking of fire, Left Hand has a new(ish) smoked porter named Smoke Jumper (8.8%) — the official beer of The National Smokejumper Association — and it’s by far one of the strangest beers I’ve ever had. The nose is loaded with molasses and smoke, as such a beer should be, but the brininess of the finish is all salmon. Yep, salmon. Not a bad thing, but keep in mind when you order one that what starts off as a common campfire ends as a Lower-East-Side-New-York-City breakfast.

But heavy, dark beers aren’t the only things Left Hand specializes in. Their website sports no less than 40 brews, ranging from lagers to rye ales and back again.

And as we departed the facilities, the aroma of fruit leather hung heavy in the winter air. They were clearly up to something aromatic, something fruity. Spring is coming, and Left Hand will have the beers to match.