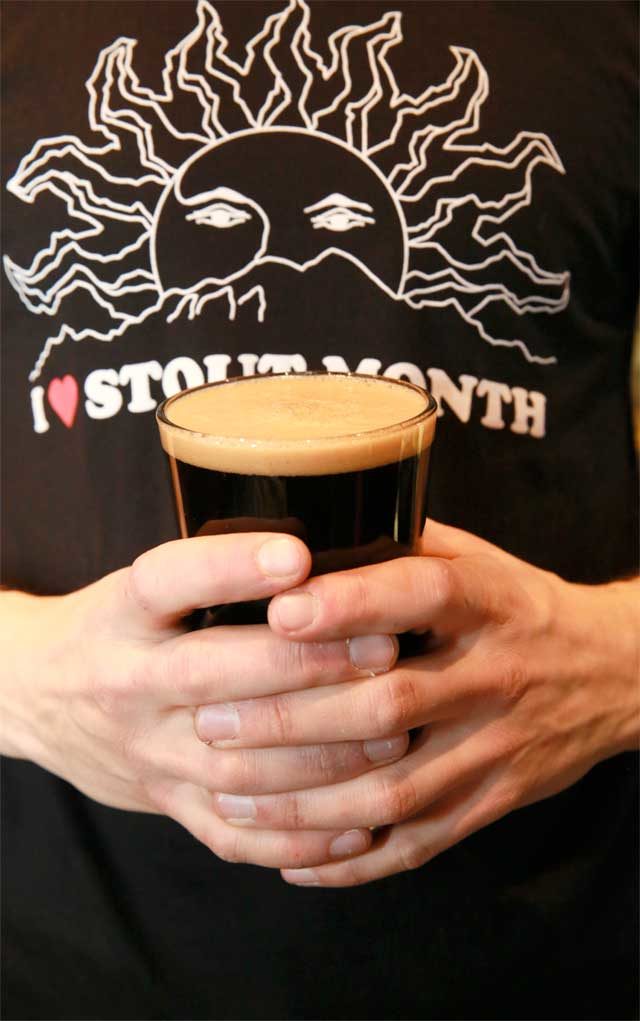 February is here again and for dedicated drinkers along the Front Range, that can only mean one thing: Mountain Sun’s Stout Month. This yearly celebration of the pitch-black pint has been going down smooth since 1994 when then-brewer Jack Harris came up with the idea to devote a month to this special beer.

“Jack just kind of brainstormed what they could do to get people in the door in February,” says Mountain Sun’s Director of Brewing Operations John Fiorilli. “He decided to brew a bunch of different stouts and that was literally it. Stout Month was born and here we are many years later just trying to keep up with it.”

And as Fiorilli explains, it’s their annual high watermark.

“Last year we served 570 kegs of stout. In one month, the shortest month of the year,” he says.

Fiorilli joined Mountain Sun back in 2002 as front-of-house staff and helped open Mountain Sun’s second location, Southern Sun — the 10-barrel brewery located in South Boulder — before leaving for a six-year stint on the East Coast to get his “professional brewing experience.” Fiorilli returned to Mountain Sun in 2009 as a brewer and has since taken a passionate hands-on approach to his craft — something that Stout Month allows him to indulge.

“Stout just has these really cool flavors of chocolate and coffee and roast, and I think a lot of people can latch on to those flavors,” Fiorilli explains. “I think it’s kind of crazy, people drink coffee and then they tell me they don’t like stout beer. … I find that hard to believe because the flavors are so similar.”

And just talking to Fiorilli about stouts makes one’s mouth water. In addition to chocolate and coffee, he tosses out descriptors like coconut, milk, toffee, almond and mint.

“They’re cooking flavors, so all these other ingredients can jump right in and work really well,” Fiorilli says.

The term “stout” dates back to 1677, simply to denote a dark beer strong in alcohol. Once Arthur Guinness began brewing his Irish Dry Stout in 1725, stouts took on that smooth, familiar characteristic most of us expect when we order a pint. But as Fiorilli and Mountain Sun are out to show, stouts come in all sorts of strengths and flavors.

“We always have diversity,” Fiorilli explains. “They’ll always be a regular stout on, there’ll always be one or two [that] have crazy flavors. And then we just try to make sure three coffee stouts don’t all hit at one time.”

This year, Mountain Sun’s five locations will feature 28 stouts brewed by Fiorilli and company and 29 guest stouts from breweries around the state. As proud of his beers as Fiorilli is, he is extremely excited to feature these guest stouts, especially since they are all Colorado brews.

“This is the fourth year in a row that we’ve kept it all in-state,” Fiorilli says.

And BW will be at the bar covering it all. Next week we’ll dig into Mountain Sun’s house stouts and on 2/16, it’s all about those guest stouts. See you at the pub.