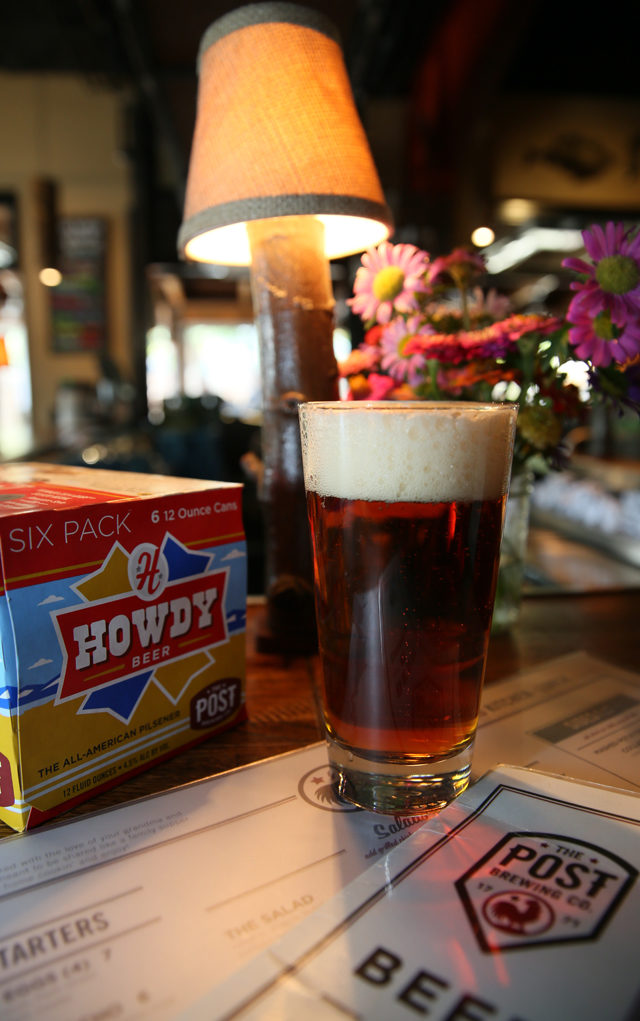 Saturdays are for many things, and beer and college football are at top of that list. But when the Buffs are in town, local watering holes suddenly burst to capacity with rabble-rousers, chest-pounders and the sort of miscreant that make me wish I’d stayed home and watched the game from the quite of my couch. Since I cut the cable cord years ago, the couch is extra quiet and I must venture into the world to watch 22 men squabble over a piece of pigskin.

On this particular Saturday — Buffs 47, Oregon State Beavers 6 — I decided to try my luck east of Foothills Parkway and ventured into Old Town Lafayette where the Post Brewing Company offers cold beer and hot chicken. Imagine my surprise when I turned off S. Public Road and found the whole of Lafayette playing games, drinking beer and indulging in general reverie in Post’s parking lot. My instincts had not steered me wrong; today was Post’s first annual Townie Festival.

Beside the fact that they were sponsoring the event, Post Brewing is an ideal place for such festivities. The brewery and restaurant resides in what once was Lafayette’s VFW Post 1771, and the communal atmosphere still lingers. The kitchen and hot counter are easily visible from the large dining room and a rectangular bar covers both the interior and the exterior dining rooms. In the back, past the silver fermenting tanks full of beer, there’s a lounge for those seeking quiet conversation and football. Eureka.

As my associate and I settled into one of the oversized booths, we speculated that if we lived closer, the Post would be our neighborhood haunt. This was further confirmed when the beers arrived, particularly the Wet Hop Townie (6.2% ABV). The Townie Ale (6.2%) — Post’s workhorse — is a fine, reliable English-style IPA, but the Wet Hop ups the ante by adding loads of fresh hops from Paonia and Niwot. Wet hops are often unpredictable and don’t produce the uniform qualities that their dry brother and sisters do, but that unpredictability lends the wet hopped ale its character. In this case, a beer that is wonderfully floral with pleasantly rounded edges. This is an endlessly drinkable beverage and for the time being, only available on site.

If soft and floral isn’t your thing — though it really should be — then the Rooster Cruiser (8.8%) is a big, busty Imperial IPA that my consort described as “hearty as mac & cheese.” Considering that Post serves a good deal of the famous comfort food, there might be something to that.

Yes, the Post is big on chicken, but my eyes lean toward the dessert section, causing us to stumble on the wonderful combination of Key Lime Pie and Big Rosie (6.8%), a roasty, syrupy porter that goes down smooth, chasing the graham cracker crust away.

Big Rosie is named after one of the elks mounted on Post’s walls, a less than pleasant reminder of what the Post used to be. But also a tip of the hat to the community that came before and still surrounds. Too bad I don’t live closer; we could be fast friends.