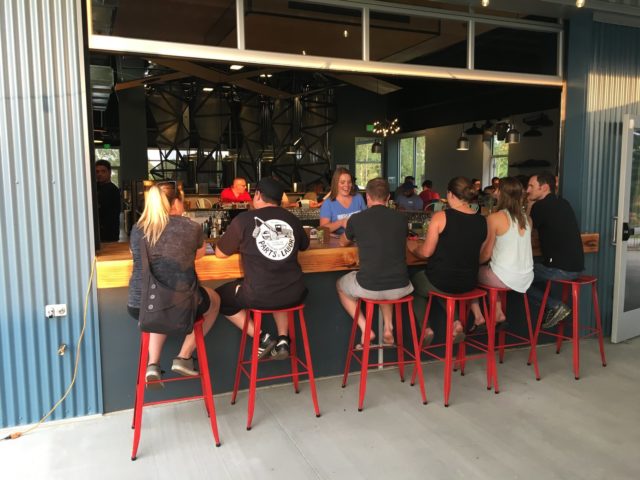 “We closed the place down, we shut off all the gas lines, we turned off all the stoves—did everything we could do, you know,” Greg Larson says.

Larson is the owner and co-founder of Louisville’s Redgarden Restaurant & Brewery, located in the Colorado Tech Center (CTC). The brewery and Redgarden’s staff made it through the Marshall Fire okay, but when they returned, “We heard that the water was no good,” Larson says. Which sounds bad for anyone in the foodservice business, but “The brewery equipment itself is capable of disinfecting 300 gallons of water—probably every three hours.

“So we went ahead and did that,” Larson continues. “Fired up some of the equipment, boiled a bunch of water out, and we were able to at least have water.”

And Larson extended the offer to others in the area: “We had several people come out and take potable water home.”

Redgarden was on the edge of the Marshall Fire and escaped without damage. A few of Larson’s staff had housing that was compromised, so when he got the green light to go back in the area on Tuesday, January 4, Lason knew they could only open in a limited capacity. Plus, some of the food spoiled over the six-day closure, and delivery trucks couldn’t get through because of fire damage to the area.

“We opened with some burgers and chips and cold beer on Wednesday,” Larson says. “You know, it’s just the sweetest thing, so many of our best customers called or came out and sat down and said . . . we’re happy you’re still standing.”

Since opening three years ago, Redgarden has built a loyal base of customers, many of which work in the CTC or work out at the gyms nearby. Because of that, Larson has decided to extend Redgarden’s hours. As of January 24, Redgarden will be open on Mondays for those who need “a place to go.”

Like many in Louisville, the staff at Redgarden are still getting their feet under them. But Larson sounds hopeful. Things are coming together internally: they’ve been able to donate food to the local food banks, are busy rescheduling canceled events, not to mention taking care of staff and making sure that customers feel safe and welcome.

“We want to be a place where people can kind of shrug some stuff off their shoulders and sit down,” he says. “Have a conversation, and just lighten up a little bit, you know. Spend an hour or two and then go back at it.

Back in the early 2000s, craft beer in a can was laughable in Colorado—and pretty much everywhere else in these United States. But Oskar Blues owner Dale Katechis saw an opportunity to do something different and took it. Using a tabletop device designed by Cask Brewing Systems of Calgary, Canada, Oskar Blues started canning Dale’s Pale Ale in 2002. Twenty years later, practically every brewery, craft or not, uses cans as their primary form of packaging—which has become an issue for smaller brewers these days, but that’s a story best left to a future article.

And while this anniversary is of note, it’s especially pertinent considering that on January 12, Monster Beverage Corp.—the energy drink company—announced the purchase of the CANarchy Craft Brewery Collective, which includes Oskar Blues.

“Based on our current information, CANarchy meets the Brewers Association’s craft brewer definition under the ownership of Monster Energy as presently constituted,” the BA says in a press release. “In this instance, Monster is not a beverage alcohol industry member, so this new ownership structure does not affect CANarchy’s independence in regard to the beverage alcohol industry.”