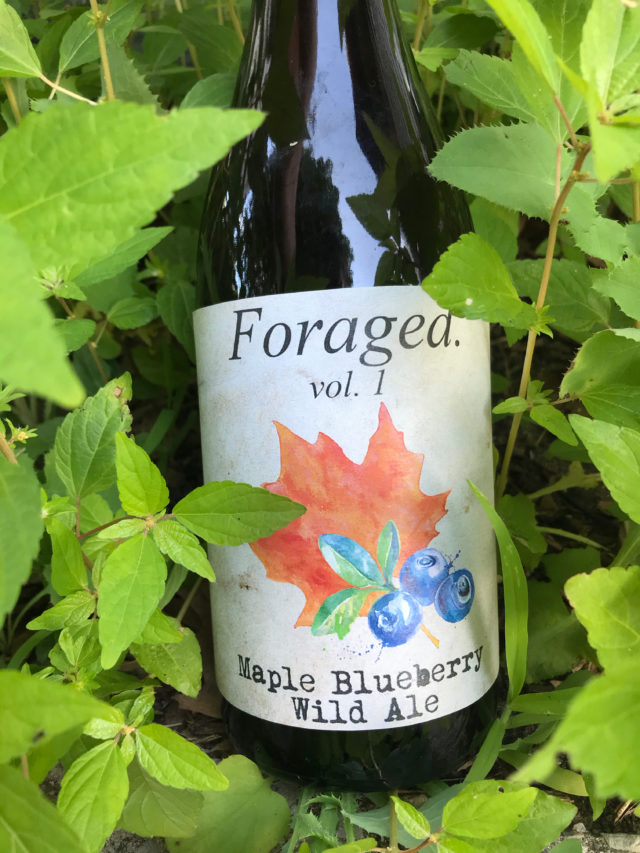 Terroir. One of my favorite, more romantic words when discussing the intricacies of a beer’s flavor profile. To be able to taste the unique character that can only be credited to the hyper-local ingredients of a certain region is magnificent. As a homebrewer, I have had the pleasure of brewing with hops from just down the road and grain from an incredible local farmhouse maltster. I truly believe consistent use of regional ingredients adds a subtle yet distinguished character to my beer, and it is not something I am shy about showing off.

This zealous element of my homebrewing drove me one step further — in addition to hops and malt, I’ve decided to use local yeast. And not just any local yeast, but yeast I foraged and grew myself.

An important note: When foraging and growing your own yeast, it is inherently going to be wild yeast. What this means for us homebrewers is that it will be unpredictable — but that is half the fun of the homebrewing journey, isn’t it? Additionally, note that wild yeast imparts flavors on the funky, sour end of the spectrum. If that’s not for you, I do not recommend it.

The first step of brewing with your own wild yeast is foraging. I first engaged in this venture in late spring, backpack loaded with a plant identification guide, plastic bags, scissors and a beer for the trek. It brought me great joy wandering the forest, looking for anything that might provide an interesting flavor. I collected an array of natural matter to give myself plenty of options come brew day. Among my spoils were white pine needles, apple buds, pinecones, dandelions and red maple bark.

The next step is growing your wild yeast starter. You’ll need one clean glass jar per type of plant, and a “wort”-like solution. For mine, I used a solution of dried malt extract and water, but you can also use sugar or honey. Bring water to a boil, and mix in your sugary substance. Let the mixture cool completely, pour it into the glass jars, and add your foraged yeast sources. Leave the jar lids loose, and you’ll avoid unwanted bacteria from invading while allowing the gases to escape. Then, about three times a day, tighten the lid and give the jars a shake. You will know your yeast starter is active and ready to use when it starts to bubble.

The last step is adding your yeast on brew day. Follow the brewing recipe as you normally would, but pitch the liquid from your yeast starter instead of your regular store-bought yeast. Ferment as long as your recipe suggests, or longer. I determined which yeast starters I wanted to use based on their scent. I opted for the red maple bark, which smelled like peaches, and the apple buds which curiously enough smelled like cinnamon. The first beer I brewed with my foraged yeast, Blueberry Maple Wild Ale, was a huge hit. That said, I have brewed wild ales since with less than desirable results. But that’s just part of what makes the wild yeast journey so wild.

Packing a field guide on your foraging trek is a great idea, but it adds additional weight to your backpack. It can also be time-consuming, flipping through the pages to identify your specimen. My solution? One of the many plant identification cell phone apps. There are quite a few out there, and they are all easy to use. All you have to do is open the app, take a picture of what you want to identify, and using image recognition software it will search its database to identify your plant. My favorite is Seek by iNaturalist, which, according to its website, is a joint initiative of the California Academy of Sciences and the National Geographic Society. In addition to identifying plant life, Seek can also identify insects, fungi and animals. You can also earn badges by identifying different things, which can make it fun for kids to use as well. Download Seek and many other plant identification apps via Google Play or the Apple app store. Warning: Never use an unknown plant for brewing — it could be toxic.

When she’s not homebrewing, Amy Martin works as the marketing assistant for Stormcloud Brewing Company in northern Michigan, serves on the American Homebrewers Association Governing Committee, and spends as much time outdoors as possible. You can visit her beer education blog at polkadotsandpints.com.