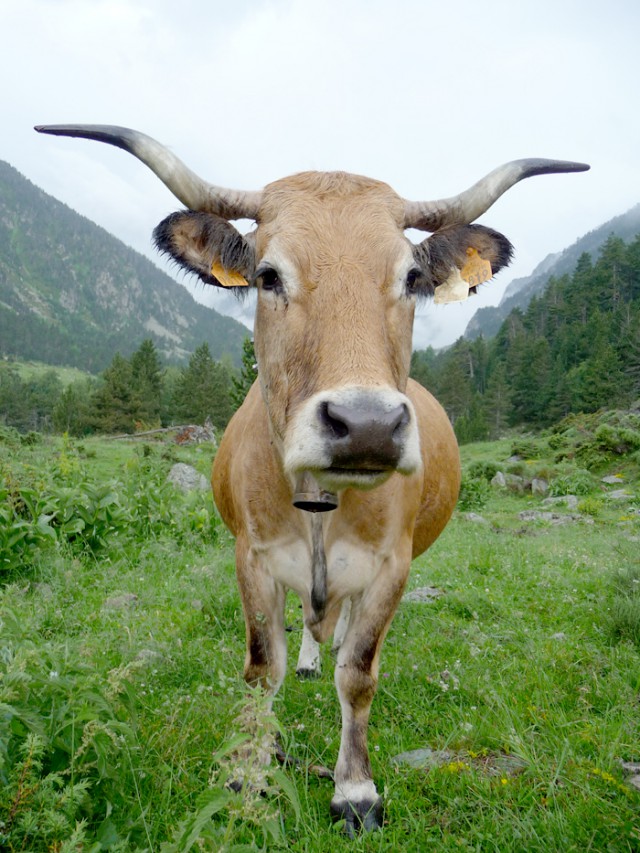 Say goodbye to the steaks. Forget the foie gras. Put that pork chop away (assuming you can afford any of them). UK-based scientists say eating less meat is a vital part of tackling climate change.

A study published in Nature Climate Change says that on present trends, food production on its own will reach — and perhaps exceed — the global targets for total greenhouse gas (GHG) emissions in 2050.

More people, with more of us wanting meat-heavy Western diets, mean increasing farm yields will not meet the demands of an expected 9.6 billion humans. So we shall have to cultivate more land.

Without radical changes, the report’s authors expect cropland to expand by 42 percent by 2050 and fertiliser use by 45 percent (over 2009 levels). A further tenth of the world’s pristine tropical forests would disappear by mid-century.

All this would cause GHG emissions from food production to increase by almost 80 percent by 2050 — roughly equal to 2050’s target GHG emissions for the entire global economy.

They think halving food waste and managing demand for environmentally-damaging food products — mainly from animals — “might mitigate some” GHG emissions.

“It
is imperative to find ways to achieve global food security without
expanding crop or pastureland,” says the lead researcher, Bojana
Bajzelj, from the University of Cambridge’s department of engineering,
who wrote the study with colleagues from Cambridge’s departments of
geography and plant sciences and the University of Aberdeen’s Institute
of Biological and Environmental Sciences.

“The
average efficiency of livestock converting plant feed to meat is less
than 3 percent, and as we eat more meat, more arable cultivation is
turned over to producing feedstock for animals… Agricultural practices
are not necessarily at fault here — but our choice of food is,” she
says.

This
measure of efficiency is based on the units used in the study, which
are grams of carbon in the biomass material, plant or meat.

The team created a model that compares different scenarios for 2050, including some based on maintaining current trends.

Another
examines the closing of “yield gaps.” These gaps, between crop yields
from best practice farming and actual average yields, exist everywhere
but are widest in developing countries — particularly in sub-Saharan
Africa. The researchers advocate closing the gaps through sustainable
intensification of farming.

But
even then, projected food demand will still demand additional land and
more water and fertilisers — so the impact on emissions and biodi
versity remains.

Food
waste occurs at all stages in the food chain, caused in developing
countries by poor storage and transport and in wealthier nations by
wasteful consumption. This squanders resources, especially energy, the
authors say.

“As well as encouraging sustainable agriculture, we need to re-think what we eat.”

Yield
gap closure alone still shows a GHG increase of just over 40 percent by
2050. Closing yield gaps and halving food waste shows emissions
increasing by 2 percent. But with healthy diets added too, the model
suggests that agricultural GHG levels could fall by 48 percent from
their 2009 level.

It
says this “average” balanced diet is “a relatively achievable goal for
most. For example, the figures included two 85g portions of red meat and
five eggs per week, as well as a portion of poultry a day.” Co-author
Professor Pete Smith from the University of Aberdeen says, “Unless we
make some serious changes in food consumption trends, we would have to
completely decarbonise the energy and industry sectors to stay within
emissions budgets that avoid dangerous climate change.

“That is practically impossible – so, as well as encouraging sustainable agriculture, we need to re-think what we eat.”