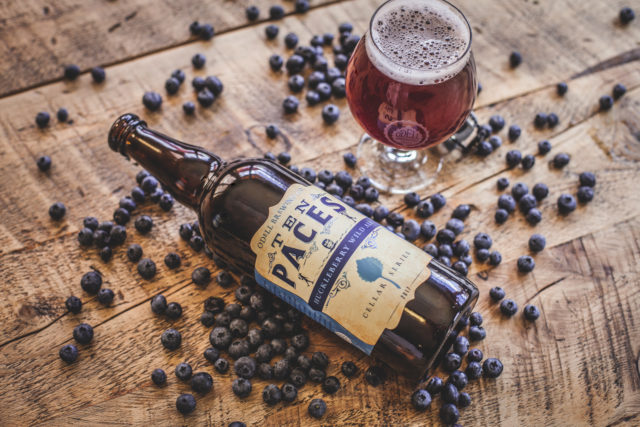 When they sit down to write the history of Colorado brewing, there better be a whole section devoted to the consistency, quality and innovation that came out of Fort Collins’ Odell Brewing Co. What Doug, Wynne and Corkie Odell have managed since opening their brewery in a converted grain elevator in 1989 is nothing short of magical.

Among many firsts over the last 25 years, Odell Brewing was the first packaging craft brewery to open in Fort Collins, making it incredibly easy for Coloradans to indulge in Odell’s large and diverse lineup. Like 90 Shilling, Cutthroat Porter and Isolation Ale, the following four beers can be found in just about any liquor store around town with even a few of them on tap at your local watering hole.

Odell’s latest year-round brew, Rupture (available in 12-ounce cans), is an ale made from whole hop flowers, which are ground fresh. Most beer recipes call for pre-ground, pre-packaged hop pellets, and that works perfectly well for most beers but leaves something off the table. Just how fresh-ground coffee has more aromas and flavors than pre-ground packaged coffee, Rupture uses the whole hop flower to extract the greatest amount of aroma possible. The result is a delightfully bright and fresh nose of hops, citrus and pine with a mouth that is soft and mellow. It’s a hoppy beer that doesn’t wear you out with bitterness and burn.

New for the winter season: a whiskey barrel-aged version of the Lugene Chocolate Milk Stout (available in 12-ounce bottles). Aged in Woody Creek rye whiskey barrels for six months, Lugene is dark in the glass with a balsa wood-colored head. The nose is roasted malt and a touch of toffee, with flavors of creamy chocolate, vanilla and booze gently coating the mouth. Most barrel-aged stouts come out of the glass ready for a fight and take a little time to mellow and unfold, but not Lugene; this easy sipper is perfect for now.

Ten Paces, the latest in Odell’s Cellar Series, is an American-style wild ale made with huckleberries. Bluish-purple in color with a fizzy head composed of tightly carbonated bubbles, Ten Paces is just as much Farmhouse as it is sour, offering the mouth the flavor of tart and juicy huckleberries that fade into clove with a little bit of funk.

Like previous Cellar Series offerings, Ten Paces is available in 25-ounce bottles under cork and cage. That appears to be changing with the 2017 release of Friek, the first in the series to be offered in a 12-ounce bottle.

Originally debuted in 2010, with a Great American Beer Fest gold medal in 2011, Friek is a beautiful blend of raspberry (framboise) and cherry (kriek) sour ales aged in raw oak barrels. The result is a beautiful and tasty tart cherry pie with a sour lactic backing and an attractive Christmas red color in the glass.

Even the standards continue to evolve at Odell; all the more reason to head back for more.