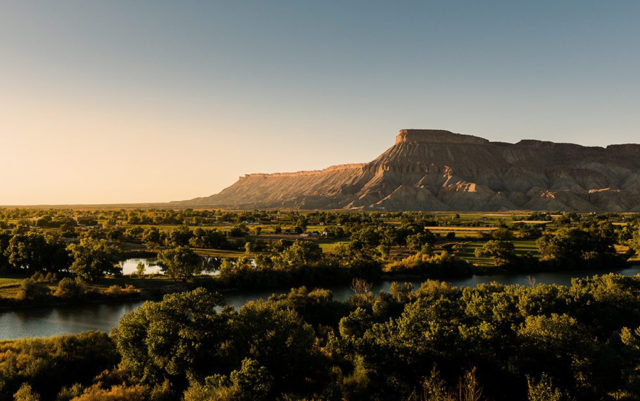 Palisade is fertile ground for growing fruit. From peaches and other tree fruits to wine and table grapes, the unique microclimates in the Grand Valley are, typically, ideal for a variety of crops that couldn’t grow elsewhere in Colorado.

But maybe more than in other fruit-growing regions, producers in and around Palisade have to deal with extreme weather, disease and associated crop loss.

In an already tough year — particularly for Colorado winemakers who couldn’t take in revenue from tourism because of the pandemic — weather has added yet another obstacle. On Dec. 7, Gov. Jared Polis and state agriculture commissioner Kate Greenberg asked the U.S. Department of Agriculture (USDA) to issue a disaster declaration due to extensive damage to grapevines in the Grand Valley caused by October frost.

It’s the second time this year Colorado has asked for a disaster declaration because of frost — in June, the USDA designated parts of the Western Slope a disaster after a multi-day freeze in April decimated crops in the region.

By granting the previous declaration, and this recent one (should the USDA do so), growers can apply for emergency financial assistance in the form of loans.

The recent freeze (Oct. 25-27) resulted in at least a 70% loss of vitis vinifera, a wine grape, in the Grand Valley, according to a survey of the damage done by Colorado State University. The Colorado Wine Board, the state organization that published the information, states that losses of 100% may be possible for some producers.

Vitis vinifera encompasses nearly every red and white wine grape you’ve heard of, and makes up about 87% of Colorado’s grape production. The other 13% — used as table grapes or for other non-culinary purposes — is comprised of more cold-tolerant varieties, though damage was reported in that crop, as well, particularly in Delta and Montrose counties, where temperatures dropped even lower than in the Grand Valley.

With declines in tourism revenue, effects from the wildfires and the earlier freeze, this latest setback could have a big financial impact on the region, though Doug Caskey, executive director of the Colorado Wine Industry Development Board, said in a statement that the industry’s overall growth over the last few years could mitigate the short-term impacts.

“Although this could mean the 2021 harvest will be reduced, our grape growers are coming off several years of record-setting crops, which will hopefully carry them through this lean period,” Caskey said.

Though the Western Slope produces everything from apples to cherries to peaches, grapes anchor the agricultural landscape there. Wine tourism brings in about $300 million annually and provides about 1,600 jobs on vineyards that span around 1,000 acres.