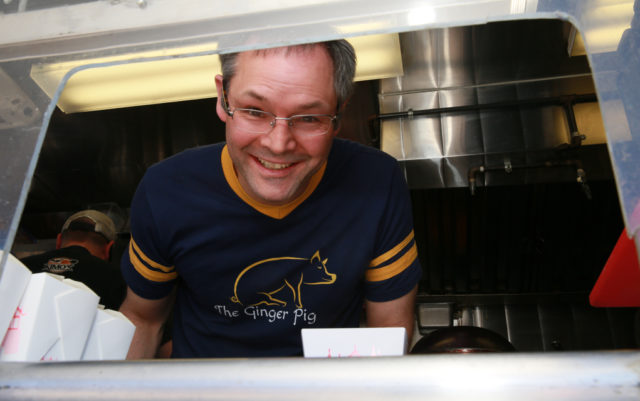 You don’t need GPS. Just follow your nose to figure out where Natascha Hess is cooking today. Sniff for the triad of garlic, ginger and green onion, the come-hither aroma of pork with Chinese spices like star anise, plus hints of vinegar, lime, soy, sesame and a note of fish sauce funk.

On the opening day of The Ginger Pig food truck’s third season, a lunchtime crowd packs the sunny backyard at Boulder’s Rayback Collective. The inside of the truck is crammed with grills, fryers, refrigerators, produce, knives and three people doing a blue collar ballet: Hess and her crew: Morgan Hiner and Keith Zolotar.

They are dishing bowls of red curry, Chinese nine-spice fried chicken, and pork banh mi. The hot, crispy Bangkok rice balls with kefir lime aioli beg for an ale, cold brew coffee or kombucha from inside the Collective. The Pig’s famous wings and char sui (barbecue pork) are cooked sous-vide all night and then fried to order. Dessert is a Filipino jackfruit and plantain egg roll oozing sweet glaze.

The menu items are inspired by the traditional comfort foods of Hess’s youth but not from her Connecticut hometown. Her internationally oriented family visited Japan when she was 12. She majored in Mandarin Chinese at the University of Wisconsin, where she was a Division I collegiate hockey player competing against Olympians.

A study abroad program found Hess living with a family in Beijing, not a dorm. “Every day we cooked together as family. It’s not like here, where a couple of people cook and everybody else just eats,” she says. Her Chinese mother took her to buy her first razor-sharp cleaver.

Hess’s road to food trucking included backpacking throughout Asia. “I fell in love with the street food,” she says. Hess had a first career as a television sports journalist before earning a law degree. “I was specializing in banking, divorce and criminal law. Not a lot of people smiled at me,” she says.

“I never used a French knife until Carrie showed me how. We’re in business still because of Carrie,” Hess says.

“Carrie” is chef Carrie Baird of Bar Dough restaurant and a contestant on the recent Colorado-centric season of Top Chef.

While still a lawyer, Hess dined at Brazen in Denver where Baird was cooking. Hess confessed her Asian street food truck dream and her absolute lack of training. Surprisingly, Baird invited her to intern in the kitchen for five months.

When Ginger Pig launched in 2015, Baird was available and worked on the truck for four months. “It was like boot camp on wheels. It was great,” Hess says.

The truck’s name recognizes the importance of ginger and pork in Asian cuisine. “It also honors my Chinese family for taking me into their home. I was going to call it ‘Ginger Therapy.’ That wasn’t quite right. Then a friend said: ‘I have a pig named Ginger.’ That was it,” Hess says.

Wearing a lot of hats

People tend to romanticize life as a food truck owner, says Hess, who has seen wind, rain, hail and heat, frozen pipes and days with one customer.

“I never worked a single 20-hour day as an attorney; now I’m cleaning, marketing, bookkeeping and serving,” she says.

“Every day something unexpected happens. I’m really in the business of problem-solving. Today, the problem was fixing the hydraulics so the front window would open,” Hess says.

Being a hockey player helps because the jobs are often physical. “It’s like in a game. You get in the zone and just do it,” she says.

A typical day in season is a “double” — lunch and dinner, sometimes in different locations six or seven days a week. “As a lawyer I was missing being on a team. The three of us work really well together,” Hess says.

“My advantage in this business is that I’m so green. I’m willing to learn from mistakes. My menu has changed almost completely since I first opened,” she says.

With the law fading behind her, Hess sees a lot of smiles through the (now-functioning) front window of the Ginger Pig food truck.

This is the real deal. The flavors pinballed across my palate once I got to taste some of the fare at The Ginger Pig. I loved the char sui, the crispy, chewy spiced Chinese barbecue pork. (I filled an omelet with sautéed leftovers, vegetables and extra sharp Cheddar.) The Chinese nine-spice fried chicken and Bangkok balls are genuinely addictive. The heat and layers of flavor in the red curry are balanced by a non-traditional ingredient: sake.

“First we eat. Then we do everything else.” —M.F.K. Fisher 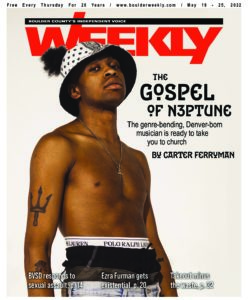 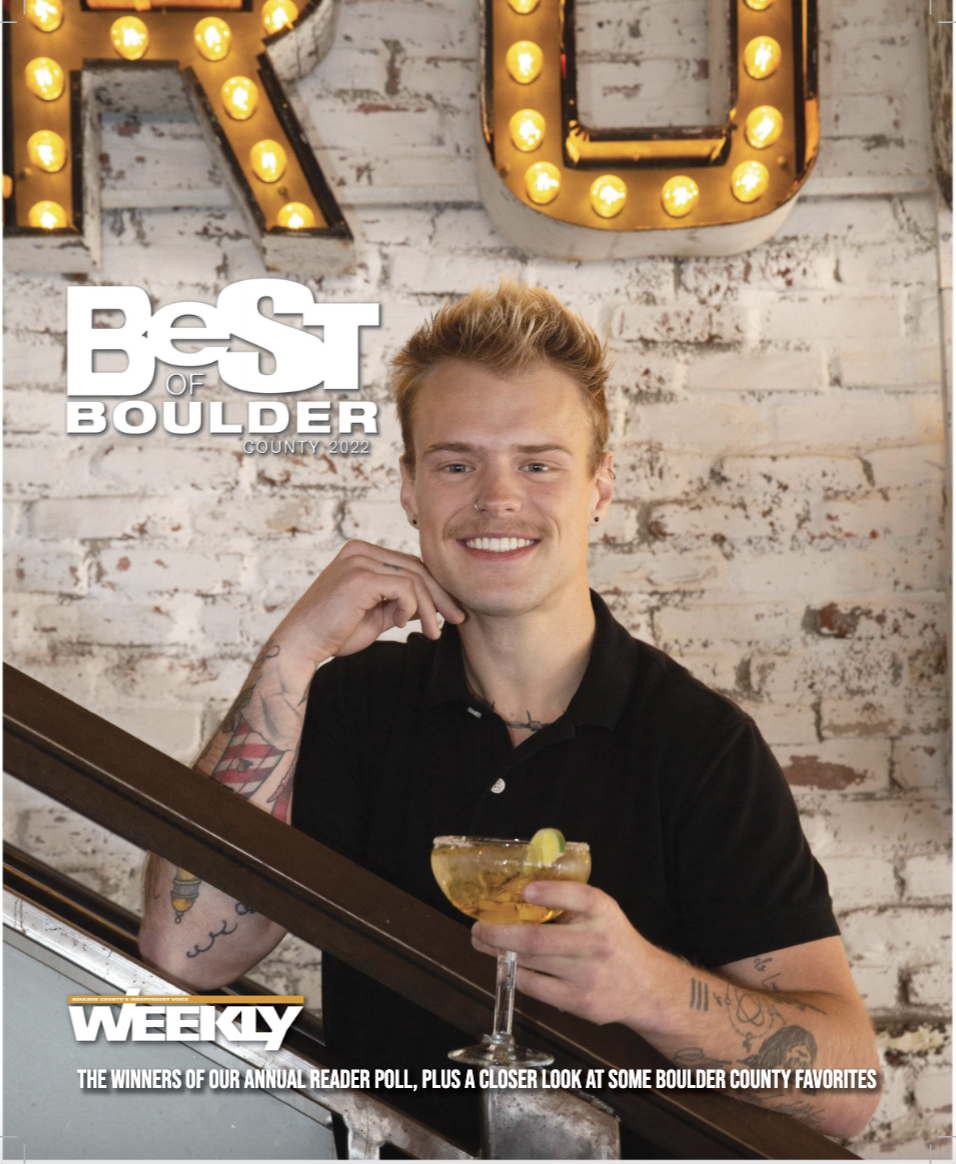