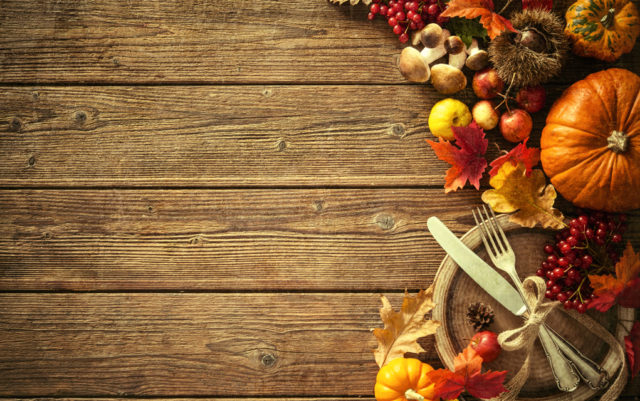 From the first fingerpicked acoustic guitar licks, the tune sounds just like Thanksgiving to me:

“You can get anything you want at Alice’s restaurant.

“You can get anything you want at Alice’s restaurant.

“Walk right in, it’s around the back, just a half a mile from the railroad track.”

“Alice’s Restaurant” will be heard Nov. 28 in many homes in Boulder and across the United States. Arlo Guthrie’s song is now as much a part of Thanksgiving Day as turkey, gravy and pumpkin pie.

That was not the case when song debuted in 1967 in a nation polarized by the Vietnam War. The old people at the time — not yet labelled The Greatest Generation — were upset with the song’s middle-finger attitude and such colorful lyrics as:

“I wanna kill! I wanna see blood and gore and guts.”

“We was smoking cigarettes and all kinds of things.”

Millennials should note there’s a good chance your sweet old grandfather knows the words to “Alice’s Restaurant” by heart.

Ironically, this anti-establishment anthem has become a holiday tradition on hundreds of mainstream corporate radio stations that normally don’t air a lot of 16-minute anti-war talking blues. (For instance, KBCO, 97.3 FM airs it at noon on Nov. 28.) I have listened to it every year since it came out, typically while cooking.

For the past decade or more, my Thanksgiving Day morning has included helping stressed folks with their cooking crises. I was basting the bird one Thanksgiving morning when the on-air host at KGNU called with a gravy-making question from a distressed listener. I helped, and the next year —  and almost every year since — I’ve come into the studio to talk turkey, mashers and pie and share Thanksgiving memories. From 8:30-9 a.m. on Nov. 28, I’ll be there on KGNU (88.5 FM, 1390 AM, streaming at kgnu.org). Questions: 303-443-4242.

When we go around the feast table this year for the traditional expressions of gratitude, I will offer thanks to the immigrants — yours and mine — who got us here today. Without the immigrant wave from Sicily that included my grandparents, Michael and Vincenza Mazzola, I wouldn’t be making my family’s famous turkey stuffing. Inspired by a French-Canadian neighbor’s recipe, Nanna made it from mashed potatoes and Papa’s excellent hot Italian sausage. Having escaped the Nazis, my father was extremely enthusiastic about American Thanksgiving and the good food that came with it.

If you want to try my stuffing, simply Google “Lehndorff Stuffing” and you’ll see more than a few variations on the recipe since one of my rituals has been to pass along that story year after year. I’m grateful there are many families locally and across the nation who make the stuffing for Thanksgiving and call it their own.

As a food writer and lover, I will raise a toast to all the local farm workers, cooks, waitresses, dishwashers, grocery store clerks and truckers as well as artisan coffee roasters, brewers, distillers, bakers and chocolatiers whose labor makes eating here so satisfying.

Finally, as someone who could have been drafted and sent to Vietnam to kill or die in the mid-’70s, I’ll also lift a toast to Arlo Guthrie. The 72-year-old musician will conclude a 52-year tradition of Thanksgiving concerts with “Alice” Nov. 30 at Carnegie Hall, but the song will go on.

Unlikely traditions from “Alice’s Restaurant” to my stuffing started by chance and became annual traditions. These rituals and flavors are essential to connect family, friends and neighbors as time inexorably sprints forward. Maybe this is the year you’ll start a Thanksgiving tradition that will still be observed a half-century from now. May your table be full for a feast that can’t be beat.

Stock up at the final local outdoor farmers’ markets of the year Nov. 23 in Boulder and Longmont. … The Long I Pie Shop and Stem Ciders team up Nov. 26 in Denver for a pie/cider pairing including Chile Guava Cider with pumpkin pie. thelongipie.com … Charlie Papazian talks about the craft beer boom that originated in a Boulder kitchen on Nov. 25 at History Colorado.

I will not explain the circumstances that brought bags of Vegan Rob’s Jackfruit Puffs, Beet Puffs and Brussels Sprout Puffs into my possession, but I figured I’d enjoy them while watching televised sports. How bad could they be?

Rob’s Vegan Puffs are plant-based, trans-fat-free, dairy-free, gluten-free, non-GMO and kosher extruded foam. They are crunchy and well-meaning, but they are missing a key ingredient: flavor. These snacks taste like the memory of food you once ate without paying a whole lot of attention. I could not tell the difference between the vaguely salty-sweet Beet Puffs and Jackfruit Puffs. The puffs also contain so little of the buzzword superfood ingredient they lack most of the nutritional benefits. Brussels sprouts powder is the fifth ingredient right before salt in Vegan Rob’s Brussels Sprout Puffs.

Absence of badness does not necessarily taste like goodness.

“At Steak ‘n Shake I learned that if you add ‘Bless their hearts’ after their names, you can say whatever you want about them. … In a week it would be Thanksgiving, and we would each sit with our respective families, counting our blessings and blessing the hearts of family members as only family does best. Oh, bless us all, yes, bless us, please, bless us and bless our crummy little hearts.” — Richard Newman