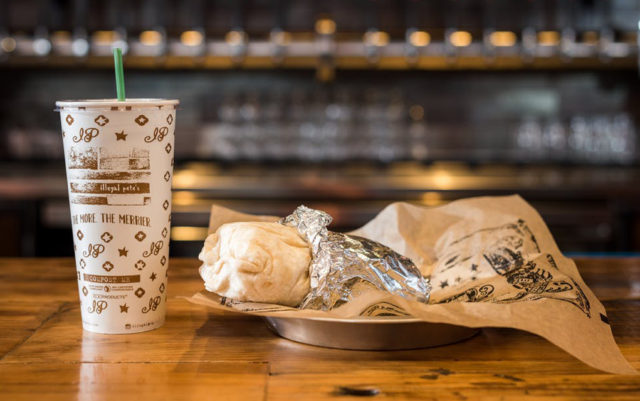 Pete Turner made international news a few years back when he refused to submit to outside pressure and change the name of his chain of burrito-and-beverage joints, Illegal Pete’s.

The name was borrowed from a book Turner read as an English major at University of Colorado Boulder, and paid homage to his father, also named Pete, who helped him launch the first Illegal Pete’s, and who died of cancer only two years later.

Amid the hullaballoo of negative press, Turner was working on something radically positive at Illegal Pete’s, something that could change the way communities support criminally underpaid restaurant workers around the world: providing health care and a living wage for every employee.

It was a lesson he learned from his father.

“It was put into my head by my father,” Turner says. “He was terminally ill with cancer and he always made sure I had health care.”

Turner launched Illegal Pete’s when he was just 23, buoyed by the support from his father, family and friends. Being so young, Turner says that as the company has grown the employees have been his peers, and so he feels an obligation to take care of them, the way his father took care of him in Illegal Pete’s early days.

Now, 23 years after launching, Illegal Pete’s pays its employees $15 per hour, with an average of $4.72 per hour in tips, $3,800 per year in free food and drinks, paid time off and sick leave, and health care. The change has been years in the making.

For the man who had a lot of help starting his business and whose employees have all been peers, it turned out what he wanted his business to look like one where people took precedence. He noticed a lot of restaurants and competitors paying lip service to this concept, but there were few businesses taking action to support its employees.

“Our industry says people are the most important. Well, let’s treat them like that,” Turner says. “Fast casual [restaurants] were leaders in sustainability, in farming and disposables. OK, that’s great. We can feel good about pigs, cows and the forks we serve, but we’re not paying our staff enough to live on.”

So he used a tool from MIT to determine living wage in Denver and Boulder and set a target for $17.25 per hour. In the years since launching its living wage initiative, Illegal Pete’s has gone from paying its employees $9 to $15 per hour, representing a $3-million investment in people.

“That’s a big number that goes back into our communities,” Turner says.

He points out research that indicates CEOs of major companies make about 350 times as much as their low-level employees. That represents a skewed value system that Turner says has led other businesses to think it’s standard for executives to make excessively more than the people who make their businesses run.

As it turns out, though, paying employees a livable wage has helped Illegal Pete’s raise its bottom line.

“I thought, most of all, it was good business,” Turner says. “We always treated people as well as we could. Our thought was if we redirect that top-line cash flow [as in executive pay] to our staff, it would grow our top line and pay for itself with efficiencies and strong ideas.”

Turner says it costs Illegal Pete’s about $1,500 to train every new front-line employee — cooks, cashiers, bartenders, etc. — and $10,000 to replace a manager. By increasing benefits, Turner says the company has a turnover rate one-quarter of its competitors. Retaining employees also boosts employees’ investment in the company, and Turner says he’s gotten plenty of ideas of new menu items or tweaks to the customer experience from his long-time employees. It also boosts their attitudes, encouraging them to stick around, which reduces the need to constantly be hiring, a prospect that “depresses” Turner.

“It breaks my heart when we lose an employee,” Turner says. “[Our industry] has these whole recruiting departments because we drive people out.”

Turner has had to look at every line item on the company’s expense sheet over the years to make the wage adjustment possible, but in turn, he’s been able to increase revenue and expand.

Turner says it’s also benefited his company to pay its employees a livable wage because the dining experience at Illegal Pete’s isn’t as much about the quality of its food — and to be clear, there’s nothing wrong with a Pete’s burrito — but about the experience of eating there. As more companies, particularly in the fast casual sector, switch to automation, there’s a new premium on hiring human beings that have the skills to work with and for other people.

“If I’ve got robots making burritos, I’m out of business anyway,” Turner says.

One in 10 Americans work in the food industry. Illegal Pete’s employees represent an infinitesimal portion of that workforce. But if Turner can make a livable wage work for his business, so can others, and if enough businesses buy in, then we might be start to reduce income inequality in this country.

Despite pandemic, more craft breweries are operating now than ever