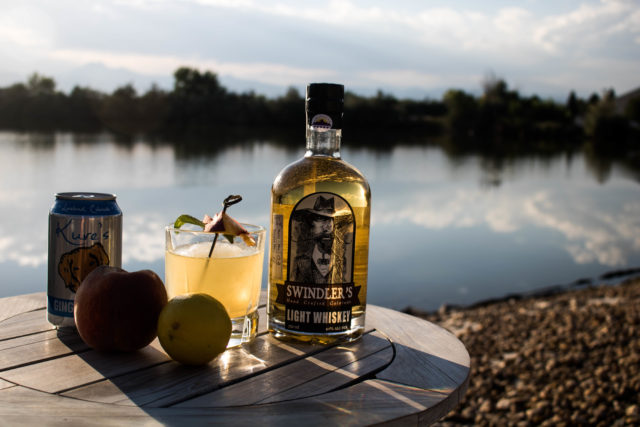 You may have noticed a new byline on this column last week. The prolific and illustrious Michael J. Casey left a big growler to fill at Boulder Weekly, with all the ink he’s spilled over the years of writing about beer in the county.

So who’s this new writer? What does he even know? Quite a bit and not enough, usually. When I was asked to pick up this column, my answer was an immediate and resounding “yes.” I happen to have a few credentials.

My first taste of scotch was the good stuff, the 20-year-old memory is hazy but likely a Talisker or Oban. It was a balm, a salve, a mercy bestowed on me by the bartender. That is where my whisk(e)y education started—underage in a pub in Chicago, drinking way above my weight class.

What followed was a rough-and-tumble career in bars and restaurants, rock clubs and some pretty terrible decision-making to go along with it. But the love of whiskey never left me and I rarely settled for the cheap stuff.

It took me another decade to start appreciating good American whiskey, coincidentally shortly after I moved to Boulder County in 2011. Working at Q’s Restaurant in the Boulderado, I was fortunate to have managers that shared my tastes and indulged my desire to learn. I was hooked on rye and quality bourbon after that, almost as expensive a habit as scotch.

My actual education in alcohol came with my work at Anvil Distillery, shaping up their bar program and learning how whiskey and gin are actually made. It was a humbling experience, learning the patience that goes into a true grain-to-glass spirit. From taking spent grains to pig farms and learning about fermentation, to constantly trying to reinvent my cocktail list, it was an all-immersive crash course in the world of small-batch distilling.

Before Anvil, I thought I understood, but you don’t know the love and sweat that goes into making booze until you’re covered head-to-toe in wet, sticky grain, trying to scrape what looks like a mix of concrete and dried oatmeal off a floor. Every grueling moment of it was worth it. And I developed a love of gin that rivals my love of all things whisk(e)y.

When Anvil closed in 2019, it was heartbreaking for all of us who worked there and the amazing regulars who kept us going for years. Still, even the most beloved places close or change eventually. Anvil wasn’t the first, and it certainly won’t be the last.

In the nearly four years since, I’ve written bar menus, developed cocktails, and found new places to love. I’ve done some writing, taken some photos, and propped up a bar or two. I’m continually impressed by the quality of booze pouring out from Boulder County and Colorado in general.

All of which is a lot of words to say, I’m not a purist. I’m not an elitist. I have very little interest in shaming people for their choice of libation, alcoholic or otherwise. Drink what makes you happy, even if it’s a can of White Claw.

What I am interested in is the wealth of craft distillers, brewers, mead-makers, and cocktail enthusiasts in Boulder County and its surrounding environs. There are so many people in our area doing so many cool things, it will take thousands upon thousands of words to cover it all.

I’ll write as much as one man can while at the mercy of my liver. I hope you’ll explore with me, to find the sumptuous and strange. We’ll hunt for the best bars, sweetest (maybe not literally) spirits and coolest cocktails, from Lyons to Nederland, Louisville and Lafayette.

In the coming weeks, this column will look at tiki drinks and a few distilleries that are making a push to grow. It will be full of adventure and mystery, I promise.