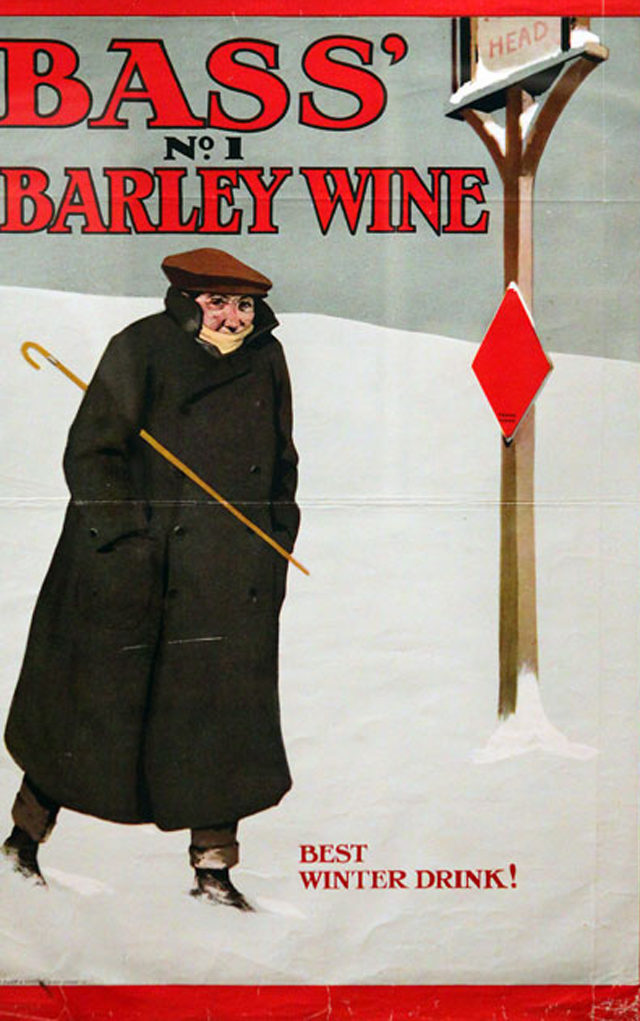 Right off the bat, barley wine confounds drinkers. Is it beer? Is it wine? Is it both? And is it spelled as one word or two?

It doesn’t help matters that these beers are few and far between, making even the most adventurous beer drinkers reach for descriptions and recollections of the last barley wine they put down.

The history of barley wines may date back to ancient Greece, but the first use of the word appeared in England in 1870 with Bass Brewery’s No. 1 ale. As its poster advertised — “Best Winter Drink!” — barley wines are made not for a mid-afternoon session on a hot summer day, but for long, dark winter nights. Typically high in alcohol (which is probably why they used the word “wine” in the first place) and high in gravity (which refers to the amount of residual sugar in the beer), barley wines can range anywhere from syrupy sweet to earthy and hoppy, it just depends on the brewery at the helm.

Take Ska Face Barleywine from Durango’s Ska Brewing Co., which exhibits a malt-forward flavor, typical of an English-style barley wine. Weighing in at 11.5 percent alcohol by volume (ABV), Ska Face is aged in bourbon barrels from Palisade’s Peach Street Distillery for two years. The oak adds hints of char to the flavor and aromas of vanilla, but the silky sweetness, almost like cola, still comes through with loads of raisin and dark fruit.

Wood on beer is becoming ubiquitous these days, partly because of the nuances oak brings to the brew and partly because of how wood rounds a beer out. Take Boulder Beer’s Bourbon Barrel-Aged Barleywine — available on tap at the Walnut Pub location. Clocking in at 11.2 percent ABV, the brew has a pleasing rich brown color, a big, beefy nose of nuts, with sweet caramel in the mouth. And, like any good barley wine should, the alcohol warms every nook and cranny in your gullet on the way down.

Crazy Mountain Brewing Company, based out of Edwards, also has a barrel-aged version of their barley wine, but their un-oaked offering, Lawyers, Guns, & Money, provides the knockout. Their secret: a little molasses into the brew kettle. The result is an intensely malty beverage that refuses to be tamed.

Malt is a crucial part of any barley wine but if hops are more to your liking, then Lafayette’s Liquid Mechanics Brewing Company has an American-style take on this old ale. It’s pleasantly hoppy with a big foamy head, a firm full mouth and a bitterness that cleans up any sweetness.

Along those same lines is the American-Style Barley Wine at 4 Noses Brewing Company in Broomfield, which was covered in last week’s issue. What a time to be barley wine drinker.

What can’t kombucha do?

Pitching the future of food