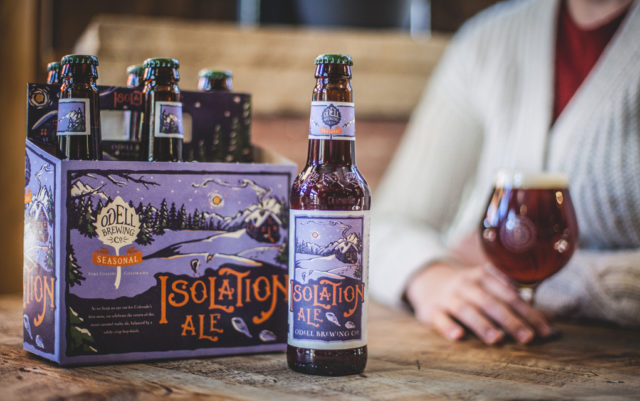 For chefs and eaters alike, no holiday is quite like Thanksgiving. Ditto for drinkers, who break out long-coveted bottles of wine and single-malt whisky to share with friends and family during the marathon meal. And while just about every major food group is represented during these meals, beer often is not. Sure, there is a place on every table for bottles of festival Beaujolais Nouveau and jammy merlots to go along with the bird, but the right brew can pair just as well with roast turkey — or Tofurky if that’s more your speed — stuffing, dumplings, green bean supreme, yams and pie.

And when it comes to pairing food and beer, no style is more versatile than saison. Noted for its creamy malt, clean hops and spicy yeast, saison cannot be beat. Just about every brewery tries their hand at this classic — Cellar West Artisan Ales and Funkwerks produce two of best in the state — but the tradition of Thanksgiving cries for the granddaddy of them all: Brasserie Dupont Saison Dupont.

Brewed in Belgium since 1844, and found in all your quality liquor stores, Saison Dupont is a beautifully effervescent thirst-quenching ale that won’t overtake lighter fare while holding its own against heavy meats and hearty cheese. Even better, its super dry finish is guaranteed to make the next bite all the better.

Established in 1821, Rodenbach is another one of those legacy breweries every beer drinker should try at least once. These reddish-brown sour ales are aged in oak foeders, which give the already vinous brew an extra edge of woody tannins. But it is the interplay of malt, Lactobacillus and Brettanomyces that makes Rodenbach Grand Cru one of the best beers in the world. It’s like a chocolate covered cherry, perfect for a salad drizzled with balsamic vinaigrette and dotted with cranberries and walnuts. Drink it before, after and during the meal.

Hop heads need not feel left out; bring Avery’s Hog Heaven Imperial Red IPA to the table and see how well it stands up to savory stuffing, creamy mashed potatoes and hearty gravy. Thanks to its smooth, syrupy sweet malt with loads of piney hops, Hog Heaven cuts through fatty foods while complementing flavors of smoke, roast and brine. As an added benefit, those hops hang around awhile, cleaning up your palate the way any red wine should.

But let’s say you’re not looking for something to go with dinner, just something to sip on before or after the meal. Something to accompany long conversations about the state of the nation while feigning interest in whatever football game happens to be on. Friend, bring Odell’s Isolation Ale and nothing will get you down. Neither full-bodied nor thin, Isolation Ale is an easy one: balanced roasted malts, bright hops and light carbonation. There is nothing particularly special about Isolation Ale, just the purest expression of something that is quietly, assuredly perfect.