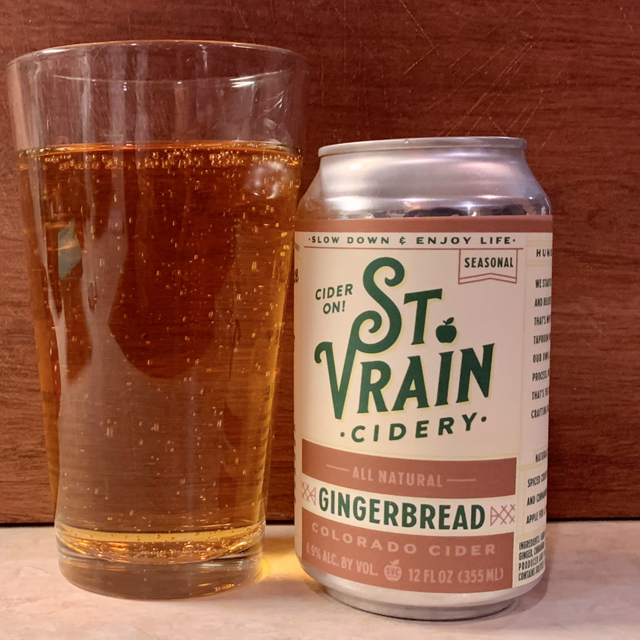 We scoured the seasonal section of our local beer store to round-up some of the best holiday beverage options Boulder County (and a little beyond) have to offer. What’s striking is how many beverage styles brewers have managed to get holiday flavors into — there’s strong ales, porters, stouts, IPAs, even a cider. That, and they’ve figured out how to balance the flavors to create drinks you’ll want to consume more than once.

Old Jubilation — Old Jube, for those in the know — might just be my favorite beer, no matter the time of year. An English strong ale, this 8.3% ABV winter warmer is remarkably drinkable, and the notes of hazelnut, chocolate and toffee (lots of toffee) make for a well-rounded and interesting sip. Best of all, Old Jube has no added spices — all the flavor comes from the five malts and Bullion hops, an English variety that’s known for exhibiting the flavors of spiced and dark fruits. All that flavor comes through in Old Jube.

There is immense anticipation for Upslope’s Christmas Ale every year, which changes with each vintage. This year, it’s a sour ale aged in oak barrels and brewed with bergamot orange juice, orange peel and cinnamon. At 9.4% ABV, and sold in tall cans, one’ll warm you up and may be enough for the night. It’s well-balanced; the tart sour ale is cut by the citrus, and there’s just enough cinnamon to let you know it’s there.

Upslope’s holiday beer for everyday drinking is the Spruce Tip IPA. Upslope brewers double down on the refreshing pine flavor from the fresh spruce tips with Simcoe hops, which have a similar, floral flavor. The pine doesn’t overwhelm, though, as the beer’s malty backbone helps smooth out the edges.

Stout’s the only beer type that could handle what Finkel & Garf did to it in its Pecan Pie Imperial Stout. First, you get a blast of nuttiness on the nose, and then all the smooth chocolate comes through once it’s on your tongue. Finkel & Garf ages this stout on cocoa nibs and finishes with a hint of vanilla, which is what keeps you coming back for the next sip. It packs a delicious punch at 9.8% ABV.

You want this. I don’t know what conjures in your mind when you hear “gingerbread cider,” but you’re probably thinking the cider can’t tamp down the spice and that its sweetness will be cloying. Of course you’d be wrong… at least when it comes to St. Vrain Cidery’s Gingerbread cider. It’s a dry cider with just the faintest hint of gingerbread spices, which pair perfectly with the bold apple flavor. By offering just the right amount of spice, and nothing more, St. Vrain over-delivers.

Not every seasonal beer around this time needs to be imbued with holiday flavors. It can just be a solid beer. Take Ska’s Euphoria Pale Ale. Sure you’ll get a bit of pine, but it’s just a solid IPA, with a dry crunch of hops and a drinkability that makes it perfect for consuming after a hike or ski or, OK, cutting down a Christmas tree in the forest.

Of course you could dive straight into holiday flavors too, as Idaho Springs’ Tommyknocker Brewery did with its Ho Ho Cocoa Cane. This porter is brewed with cocoa and candy cane. Again, we applaud the restraint on the bold candy cane flavor — you just get the faintest aftertaste of it — but the abundant chocolate makes it a bona fide dessert option. Underneath it all is a solid porter, which makes the Ho Ho Cocoa Cane worth picking up.