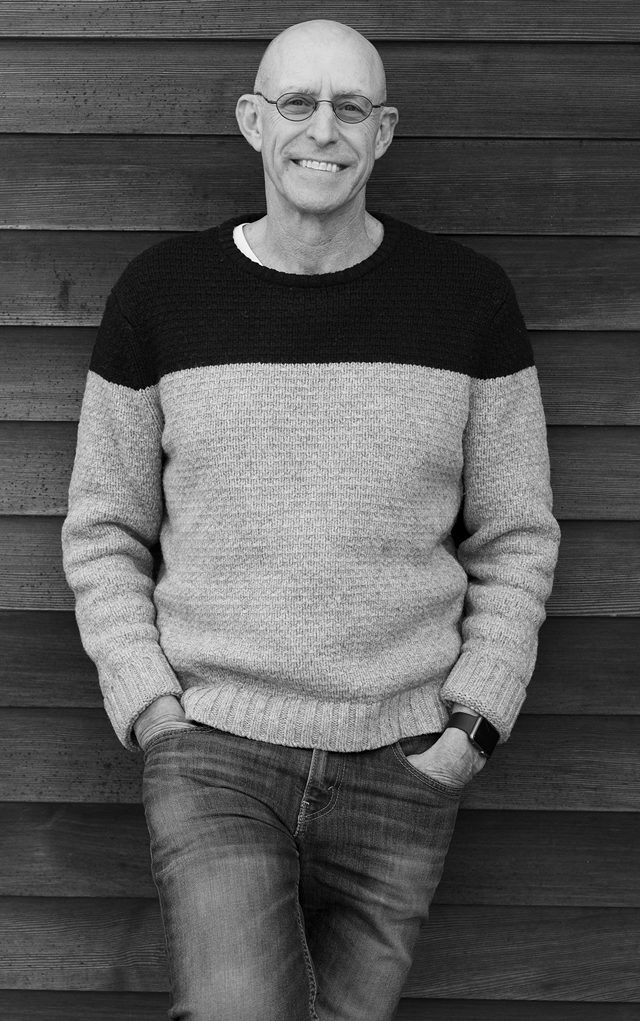 Michael Pollan says he writes about where “nature and culture intersect,” places that often end up being on our dinner plates and in our bodies. His book, The Omnivore’s Dilemma, won a James Beard Award and was one of The New York Times 10 best books of 2006. His follow-ups, Food Rules and In Defense of Food, among others, investigated food and agricultural systems so thoroughly that many people use Pollan’s work as a manifesto for the way they eat, shop and live. His line, “Eat food. Mostly plants. Not too much,” has now become the rallying cry for sustainable food advocates and those people just looking to eat a little better.

But Pollan’s latest book, How to Change Your Mind, departs from food issues and delves into psychedelic drugs and how they can be used to cure psychological disorders and connect us better to the world. Pollan, as in his other books, takes a hands-on approach and recounts his own experiences with psychedelics, using research to provide context for what he learned.

We talked with Pollan ahead of his appearance on June 1 hosted by the Boulder Book Store at First Congregational Church.

Boulder Weekly: I’m wondering if you’ve been surprised by this reaction that people seem to take your work as almost a prescription.

Michael Pollan: Yeah, I have been surprised. It didn’t occur to me when I was writing this new book that I was trying to transfer the authority I’ve earned with readers on issues having to do with food and agriculture and nutrition to this new area. When people tell me, “Oh, you’re going to do for psychedelics what you’ve done for food,” I bristle, because they’re not comparable. And, you know, I’m not being prescriptive. I am writing about very hopeful research, and I can see why people are getting excited about it.

BW: Food is integrated into so many facets of our lives. How deep is the field of psychedelics?

MP: We have a mental health care system that is really in crisis, that is only reaching about half the people [that need] to be helped. We’ve got soaring rates of depression and addiction and suicide, and the mental health community is looking for new tools and this may be an important new tool, we don’t know yet for sure.

It’s very important to be clear that all the studies haven’t been done. We haven’t proven these are medicines that can be added to the tool kit of psychiatrists and psychologists and therapists, but I think within five or 10 years they will be, so that’s how they’ll enter into society first.

Beyond that, there’s this question of if, you know, if these medicines have value for the rest of us who aren’t suffering from diagnosable mental illnesses, and they do appear to have value for other people, how then do you incorporate that into society, and that gets really tricky. … It’s not like you can get a prescription for psilocybin and go to CVS or Walgreens, obviously. You need a guide. They can only be administered by somebody who knows the territory and knows how to handle somebody on a psychedelic journey.

BW: Is there a stigma we have to overcome with psychedelics, and how do we do that besides just letting time take its course?

MP: There was a stigma attached to these drugs in the 1960s. There was a moral panic about psychedelics and many scary stories — some of which are true, some of which are not true — but if you ask the average person, they’ve heard these drugs can make you crazy. That you can end up in the emergency room or psych ward. They’ve heard stories that maybe it scrambles your chromosomes or that kids stare at the sun until they go blind. All of these stories were out there, but if you look closely, a lot of them are simply not true. They’re urban legends.

We just need to take a very matter-of-fact look at [psychedelics] and not mythologize them as these great evils because they weren’t. Long before the ’60s, they were being used in research and they were getting good results.

So, yes the stigma needs to be overcome and what will help is the passage of time but I also think the stories of people who have been helped … like the Manhattan figure skating instructor, in her 60s, [in the book], who’s terrified of the recurrence of her ovarian cancer and goes into her body and screams at it, “Get the fuck out of my body,” and it actually vanishes.

BW: You’ve mentioned on several shows recently your experience with ego dissolution. [Pollan told NPR about a trip in which his ego was spread out before him like paint on a vast canvas]. Is there anything in these medicines, psychedelics, that would help us, if we dissolve our ego, to keep enough of it to retain our goals and function in society.

MP: The ego dissolution that occurs on a high-dose psychedelic experience or during a successful meditation experience is temporary. I had an experience of ego dissolution on a guided psilocybin trip, and it was a remarkable thing, but as soon as the trip was over, my ego was back on the job. The value of the experience was realizing that I’m not identical to my ego, that there’s another perspective with which to view life and what happens to me that’s a little less reactive and less defensive. That’s a psychoanalytic insight; I could’ve gotten that from 10 years on the couch, I suppose, you know, getting some perspective on your ego and when it’s acting in a destructive way.

[But] it’s not like you’re eliminating egos. Egos are very valuable. Egos got my book written and they put out your paper, but they also can get out of hand, and they can become destructive, and they can become hyperactive in a way that leads to unhappiness. Ego also disconnects us from people. I mean, egos are defensive formations and, by the way, they’re illusory, they’re not real things. They’re a function. They’re a projection in your brain that does certain things for you. But getting perspective on it is incredibly valuable. … You can do that through meditation, you don’t need a drug to do that, and you can probably do it with experiences of awe. We see similar evidence for the shrinking of the ego when [people are] experiencing awe, when they’re skiing down a mountain or fording a river or something like that.

BW: This all seems like it could be complicated to explain. Did you have any trouble coming up with a language that people could understand your experiences in?

MP: One of the researchers I worked with, I talked to them about this, and I quote him in the book. He said it’s like if you brought a caveman to Manhattan and he observed the skyscrapers and planes overhead and cell phones people were using and the billboards. What would he say when he went back to his fellows in the cave? He would say, “big” and, “loud,” and, you know, he wouldn’t have the words or the complexity and the experience because those words hadn’t been needed before, and I kind of get that. But there are analogies and metaphors, and that’s what writers are good at — taking things that are hard to explain and putting words and metaphors to them.

BW: Is it just coincidental that this book that explores reality and pseudo-reality comes out now when our culture seems to be struggling with what actually constitutes reality?

MP: I don’t know. Some people come out of these experiences with a very firm grip on reality. I mean, think about the smoker who had a single psychedelic experience and realized something that they should’ve known all along, which is that smoking is stupid and bad for you, and suddenly that fact, which is a fact, is clearer than it ever was before.

I think the timeliness of these drugs has to do with that these address some of the problems we’re dealing with as a society. I think it’s very interesting that they help us reconceptualize nature and reconceptualize other people. The big problems we deal with now are disconnection from nature, which has resulted in the environmental crisis, and a disconnection from people unlike ourselves that has resulted in the tribalism and racism we see all around us. One of the most interesting things about these drugs is to the extent they dissolve or soften the barriers of ego, they bring down those walls, and you feel much more connection to people and nature afterwards.

The implications of that are very hard to sort out, though. We don’t have a model for prescribing a drug for a culture, even if that culture needs it.

This interview was edited for length.