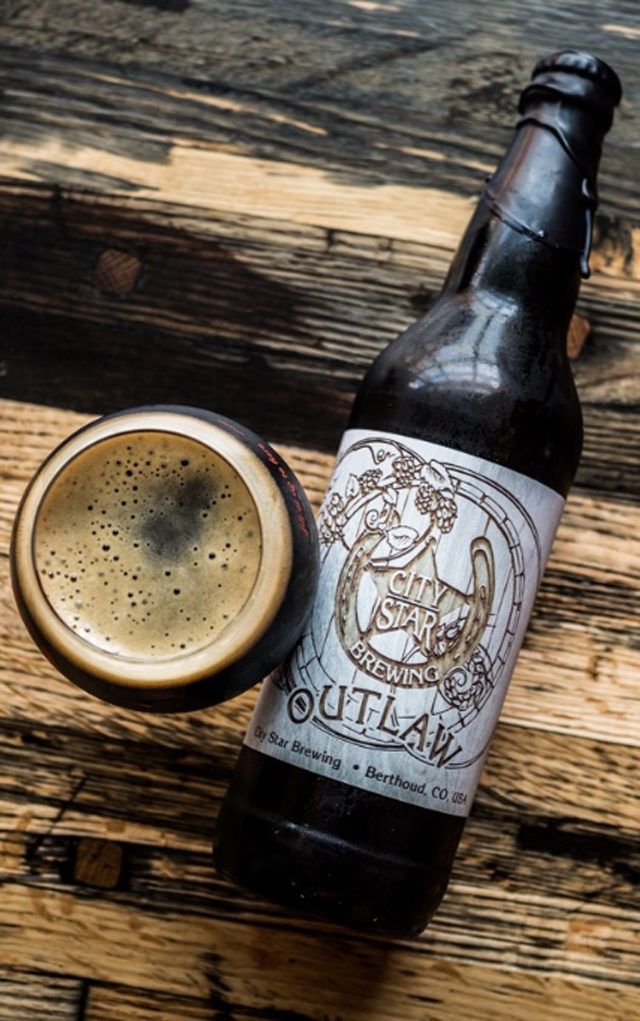 Most savvy beer drinkers will tell you the same thing: The fresher the better. While true for the vast majority of American lagers and ales, some beers do benefit from a pit stop in a barrel and a little lag time in the bottle. It takes a little patience and some experimentation, but Whitney Way, co-owner of City Star Brewery, says she is enjoying “digging into the barrel-aged side of craft beer.”

Located in Berthoud and operating with a 3.5-barrel brewing system, City Star began playing around with barrel-aged beers in 2012 — it was a raspberry brown ale aged in a cabernet sauvignon barrel. It soon started bottling barrel-aged concoctions, starting with Outlaw, an imperial stout aged in whiskey barrels from Breckenridge Distillery.

“The response was overwhelming,” Way says. “Since then, we’ve been releasing a barrel-aged beer in bottles ever two to three months.”

If the response was overwhelming for the 2015 Outlaw, then City Star’s latest bottling, the 2017 Outlaw Imperial Stout, ought to garner even more enthusiastic acclaim. Aged in Heaven Hill Kentucky Bourbon barrels for 14–18 months, the Outlaw is loaded with dark chocolate, dried red fruit, black strap molasses, vanilla and plenty of boozy bourbon. It’s thick and rich, but drink it slow; at 12.75 percent alcohol by volume (ABV), the Outlaw packs one hell of a wallop.

“It was brewed to be a high-ABV imperial stout, brewed for those barrels,” Way explains. “In barrels, there is a little bit of evaporation that occurs, especially when you’re keeping beer in there for over a year.”

Not too mention the residual liquor absorbed by the barrels.

“We like to use barrels that are still pretty wet,” Way continues. “We really like the flavor [it] provides.”

The aroma of bourbon whiskey greets you once you chip through the black wax sealing Outlaw’s bottle cap and pry the beast open. It’ll come out swinging, but give it a minute or five to open up in the glass and let the air smooth out those edges — a solid indication the brew will only improve over time.

“This particular beer will definitely age well,” Way says. “We’ve had several different people who had a 2015 [Outlaw] and are drinking them side-by-side with the 2017 now. [They say] right now is the sweet spot for 2015.”

Do an Outlaw side-by-side comparison and you’ll taste what can be achieved by cellaring: the aggressiveness and heat diminish while the flavors deepen into a mellow, nuanced taste.

“That’s kind of the beauty of aging those big imperial stouts,” Way says. “A lot of those key flavors hang out and the beers just improve over time.”

Twenty-two-ounce bottles of 2017 Outlaw Imperial Stout can be acquired at City Star for $18. Grab one for the holidays and one for the cellar; 2019 will be here before you know it.