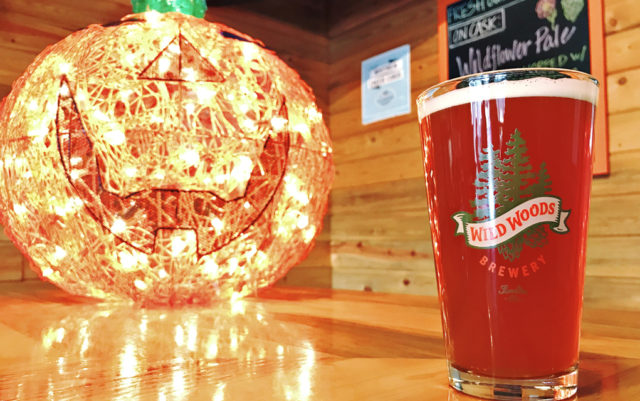 The haze craze is all the rage, and not even the changing of the seasons looks to slow these turbid brews down. And though area liquor stores are starting to display holiday and winter ales — while off-loading the remaining pumpkin beers — juicy/hazy India pale ale still holds a prominent place on the shelf; from old staples to a new-comer so new, their website is more manifesto than description. The brewery: Uhl’s Brewing Co. in Boulder; the beer: two double dry-hopped New England-style double IPAs.

Dry-hopping is a key component to juicy/hazy IPA, and though the style is new, there’s nothing new about late addition hops in brewing. As the story goes, Sister Hildegard, a 12th-century German nun, discovered that the local flowering vine, hops, could be added to beer to keep it from spoiling. Hops soon became a staple in the brewing process, mainly as a preservative, but experimentation led brewers to realize that hops could also impart alpha acids (bitterness), aromatics and a variety of flavors. It just depended on what hops were used and when they were used in the brewing process.

Dry-hopping, adding the hops post-fermentation, has enjoyed a recent resurgence because these late addition hops contribute a plethora of fruity aromas and juicy flavors without sending the beer’s bitterness sky high. It also rounds the beer out, providing a smooth and creamy mouthfeel — precisely what you’ll find when you crack a can of UHL’s Wayward Hop series, Vol.1 and Vol. 2.

Vol. 1, a double dry-hopped (DDH) New England-style DIPA, sports over nine pounds of hops (Azacca, Belma and Calypso) per barrel. With an ear-tickling effervescence, Vol. 1 is hazy, almost chunky, through and through. The beer is savory at first, almost cheese-like, but let it open up in the glass, and those hoppy aromas and fruity flavors will show nicely.

Slightly better, Vol. 2 — another DDH New England-style DIPA featuring nine pounds of Azacca, Centennial and El Dorado per barrel — is bright on the nose, robust in the mouth and provides plenty of stone fruit flavors. It also has just enough acidity to perk up those taxed taste buds.

Compare those two to the DDH Wildflower Pale Ale from Wild Woods Brewery. Currently served on cask, and going fast, this variant of their outstanding Wildflower pale leans on Nelson Sauvin hops, which give an already floral beer a boost of fruity flavors — bright tropical fruit mostly. Additionally, the DDH Wildflower sports a subtle tannic bitterness, which keeps the beer from being cloying, while remaining round and full in the mouth.

Though dry-hopping can be used in any beer recipe — New Image Brewing has a dry-hopped kölsch, Old Town Regular, well worth seeking out — brewers seem most comfortable playing around with this technique on their workhorse IPAs. Just about everybody is doing it, so next time you head over to your local haunt, see what dry-hopped goodness they have on the menu. Adventure is out there.