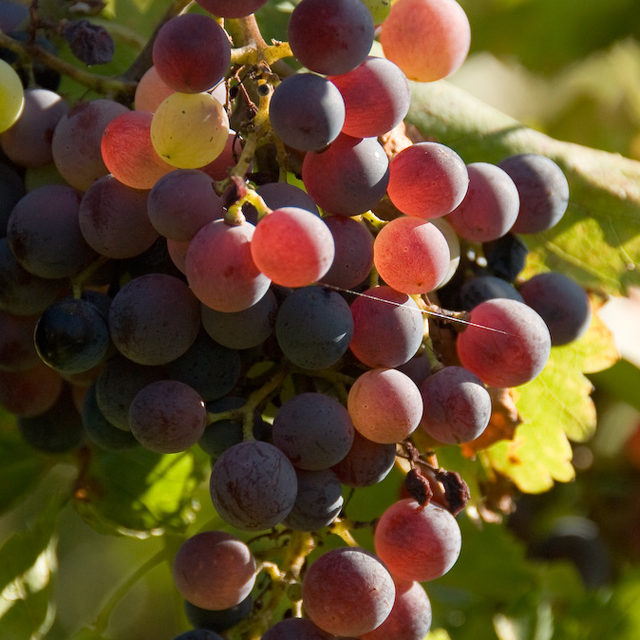 Say you’re a winemaker in Oregon’s Willamette Valley. The last few decades have grown the region’s profile and esteem, and though you produce a number of blends and varietals in the area’s ideal wine-growing climate, you hang your hat on pinot noir. Pinot noir, which requires, generally, warm days and cool evenings, is notoriously fickle, but it’s thrived in the temperate climate of Western Oregon.

Chances are you’re worried about how climate change is going to impact the quality and yield of your future pinot noir harvests. New research from the University of Maryland indicates that within 60 years, the Willamette Valley’s average temperature will rise almost 7 degrees, and it will receive only half as much rainfall as it currently does.

That’s going to make handling those mercurial pinot noir grapes rather difficult, to say the least.

But, you’re not alone. Research indicates that climate change is poised to wreak havoc on vineyards around the globe, and winemakers are now finding out how to make adjustments to ensure the future viability of their operations. But due to the unpredictably of climate change, local regulations, and the challenges of maintaining decades- and centuries-old vines, adapting to our new wine future may be easier said than done.

For our thriving U.S. wine regions, such drastic changes could have major impacts on the types of grapes vineyards are able to grow. Washington State’s esteemed Columbia Valley can expect much hotter and wetter weather. The Finger Lakes of New York are going to feel like dank Maryland in summer. California’s statewide wineries all figure to be warmer and drier. And Colorado’s Palisade wineries can expect to grow in a climate similar to Las Vegas.

Even the concept of micro-climates — extremely localized climate patterns that can define a vineyard, or even a certain plot of land on a vineyard — will be thrown into disarray by climate change. River flows that moderate temperature and moisture in a microclimate can rise and fall. Changes in precipitation can erode soil. Altering levels of UV radiation can drastically change the characteristics of growing grapes.

One solution was proffered in a study released Jan. 2 by Harvard biologist Elizabeth Wolkovitch: Winemakers should prepare to adapt to climate change by being prepared to plant different varietals.

Reciprocally, wine consumers should prepare to change the way they think about wine; our conception of a New Zealand sauvignon blanc may belie what we actually taste in the glass as wine production in that region becomes more difficult. In fact, as far back as 1991, trade groups in New Zealand have implored winemakers to begin looking for growing land at higher altitudes or outside of established regions to plan their futures.

But that presents a problem for winemakers, particularly in Europe, who tend to vines many decades old, and where restrictions on and customs around growing particular grapes in specific regions may hamper the adaptation that will need to happen to keep these regions producing their historically heralded wines.

For instance, only seven grapes can be grown in the Champagne region of France. Sangiovese is the only grape permitted to produce Brunello di Montalcino. There are five (six with an exception) grapes that can be grown in Bordeaux. Though the Old World has a robust diversity of grapes that have historically grown there, these regulations diminish the possibility for flexibiltiy from winemakers.

Wolkovitch’s study also pinpointed a problem for New World growers, where restrictions are much more lax: even though they are allowed to produce wine from a variety of grapes, there’s little institutional, historic knowledge about how best to maximize those grapes.

But as winemakers in production powerhouses like Southern Europe grapple with these challenges, producers in other regions are quietly, at least with tongues in their cheeks, welcoming climate change. In Germany, changes have already proven somewhat advantageous — longer, warmer summers have produced a more reliable crop, according to a recent New York Times piece that asked German producers about climate change’s impact on their operations.

“We are the big winners from climate change,” Dirk Würtz, a vintner and wine journalist, told the Times. “I know it’s disgusting to say, but it’s the truth.”

Research from Tsinghua University also posits that Chinese vineyards are poised to benefit from climate change; the country already represents a massive portion of the world’s wine production, and any reduction in quality or quantity from producers elsewhere in the world will likely benefit Chinese winemakers, their studies concluded.

Research published in the Proceeding of the National Academy of Science has the gloomiest outlook: as much as 73 percent of current wine-growing regions may be unsuitable for grape growth by 2050. It, too, suggested winemakers in effected regions start making plans to relocate or otherwise adapt.

In Toronto, intrepid winemakers are experimenting with hydroponic winemaking — that is, growing grapevines in regulated, climate-proof environments. That may produce wine, but it’d sure take all the fun out of it, right?