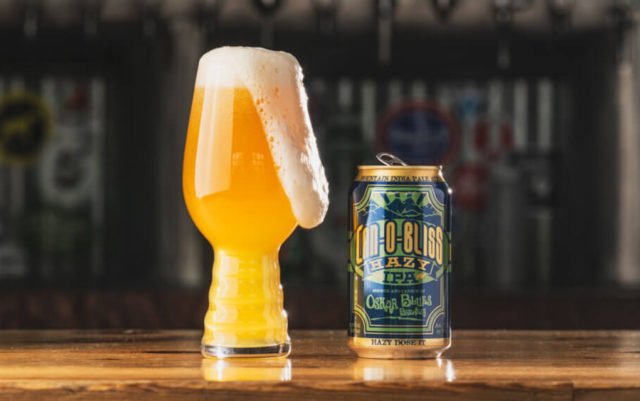 What is your favorite American-style India pale ale? West Coast IPA: clear as a bell and bracingly bitter with aromas of pine and flavors of resin? Pacific Northwest IPA: fresh and fruity with intense aromatics? New England IPA: turbid and soft with loads of fresh fruit and tropical citrus?

What about us in the flyover states? As Chad Yakobson, owner and brewmaster of Crooked Stave Artisan Beer Project, said at this year’s Big Beers, Belgians and Barleywines Festival when introducing his unfiltered American IPA: “Some people might call it a New England IPA; we’re in Colorado, so it’s not possible for it to be a New England IPA. But, to each their own.”

West Coast, East Coast, traditional, modern… Call it what you want, but the IPA — still the dominant craft beer style with 20.3 percent of craft beer sales, according to the Brewers Association (BA) — has undergone a noticeable evolution thanks to experimentation with hop utilization and a bevy of new hops to entice drinkers. And though the BA has dropped region specific demarcations for its two main IPA categories (American-style IPA and Juicy or Hazy IPA), brewers are using specificity to plant their flags in the ground.

Take Oskar Blues Brewery’s new line of Mountain IPAs. Earlier this year came the release of Can-O-Bliss Tropical IPA, a juicy ale saturated with flavors of pineapple and mango and rounded off with a clean finish. The second in the series, Can-O-Bliss Hazy IPA continues the move toward higher hop saturation. Featuring Strata, Cashmere, Enigma, Hallertau Blanc and Eureka hops, Hazy IPA is unfiltered and sports a ripe banana color, a nose of tropical fruit (papaya and guava) and a strong flavor reminiscent of breakfast juice.

If four hop varietals are too much for you, try the Steep Coast: Strata, a double IPA weighing in at 8 percent alcohol by volume and sporting 75 international bittering units. Not that you would know it from a sip; Steep Coast: Strata only shows bitterness on the back, where those IBUs clean up a wallop of passion fruit, guava and grapefruit. The nose is dank and musty with a hint of marijuana. Drink it in, and the brew coats the lips and gums with a pleasant stickiness, all thanks to Strata, a new-wave experimental hop. If you’ve got room in the glass, give this brew a healthy swirl as a little looseness seems to open the hops up, pricking the tongue and gums with every sip.

Oskar Blues isn’t the only Boulder County brewery looking to establish IPA regionality. Louisville’s Crystal Springs Brewing Company calls its mid-coast IPA, Hudson (after Hudson, South Dakota — owner Tom Horst’s hometown), and the brew has all the fleshy-fruit juice of a New England-style IPA but none of the thick haze or soapy hop burn.

In the craft beer market, nothing sells like an IPA, but locality plays a close second. Cheers to the future of regional IPAs.