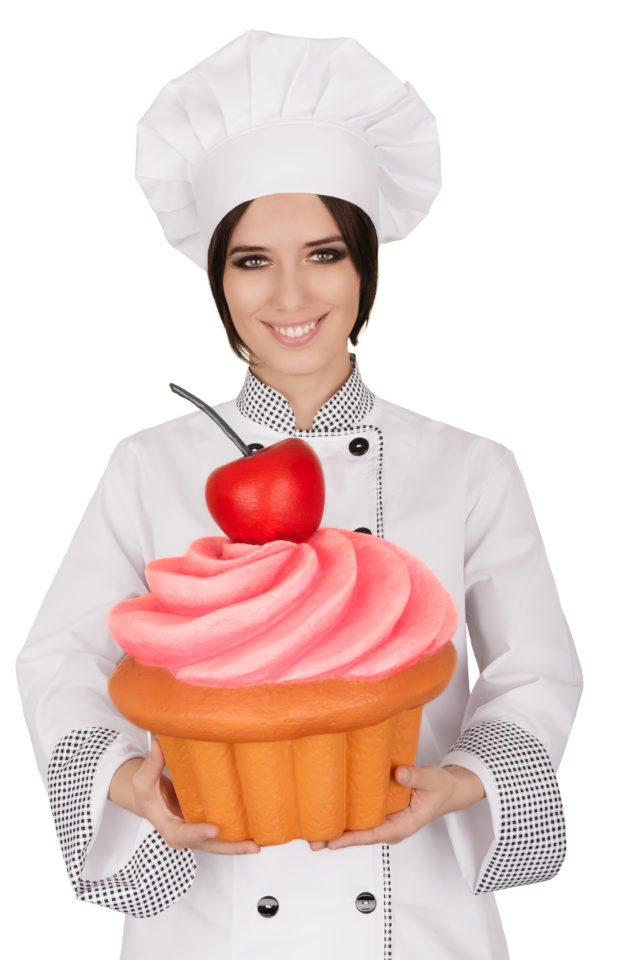 For as long as people have cooked food here, cooks have probably complained about the altitude. After all, Boulder is the place where “a three-minute egg is actually a five- or six-minute egg,” according to The Art of High Altitude Cooking, a 1960s Public Service utility booklet. Reduced atmospheric pressure at altitude means water boils at a lower temperature.

Cooks can easily work their way around the elevation, but for newcomers who bake it can be kitchen hell. Émigrés from distant sea level states and lands have arrived in Boulder with cherished family biscuit, cookie, bread and cake recipes that fail miserably the first time they are attempted.

Just know this: It’s not you, it’s Colorado. It’s the altitude as well as the humidity. Worse yet, a quick bread recipe that works in Boulder has to be tweaked again for Nederland (8,228 feet) and Gold Hill (8,300 feet). There’s even a culinary term for that recipe-adjusting process: It’s called “altituding.”

Jennifer Mesinger knows altitude. She grew up baking in Jamestown before her career as pastry chef and operator of Lucky’s Bakehouse and Lucky’s Cafe in Boulder.

“The No. 1 challenge for bakers is moisture,” Mesinger says. “We live high and dry. Sometimes just a little bit of water in a cake recipe is helpful, but don’t go crazy. Because dry ingredients may be dryer than expected, it’s always better to weigh than measure them.”

Make sure your oven temperature is accurate, but don’t become dependent on technology. “Keep an eye on those baking times and what you’re baking,” she says. “Rather than using a timer, pull the baked good out the second it is done!”

Delphine Gauvain, owner of Chez Delphine, a home-based French bakery and pastry school, came to bake here from her birthplace in Provence, France, by way of China and Arizona.

“My parents would send me to the local patisserie for pastries,” Gauvain says. “When I moved to Superior, I wanted to make the breads and pastries I grew up with, but baking was much more difficult. The baguette crust was not crunchy.”

“When I was first baking cookies, I sat in front of the oven and watched because I was so stressed out about overbaking them. You have to be vigilant until you figure it out,” she says.

Basically, you’ll have to experiment.

Gauvain says she has learned to always add a little more liquid than sea level recipes call for, and to slightly increase the baking time.

“One of the big problems is the lack of humidity,” Gauvain says. “I fill a tray with water in the oven when I bake bread.” She “proofs” her loaves using her microwave as a chamber, placing a cup of hot water alongside to create a warm, humid environment where the bread can rise.

“Cookies have a tendency to spread out here,” she says. “I give them a little more space on the baking sheet and shorten the baking time by about two minutes. For big cakes, I add more eggs or use bigger eggs.”

Mesinger recommends checking with the volume The Joy of Cooking. Another good source is Susan W. Purdy’s Pie in the Sky Successful Baking at High Altitudes.

The Art of High Altitude Cooking pamphlet offers a cookie tip that remains true—although it doesn’t have anything to do with the altitude. Shiny cookie sheets are less likely to burn your cookies than dark or blackened sheets.

Dogged Dining:
Yes or No?

Creatures of the canine persuasion are showing up with great frequency at local restaurants . . . not to mention supermarkets, cafes, bakeries and brewpubs. Most seem not to be official service animals. Do dogs belong inside restaurants? What about cats? Readers and restaurant workers, email: nibbles@boulderweekly.com.

“Cooking teaches you that you’re not always in control. Cooking is life’s biggest comeuppance. Ingredients can fool you.” —Celebrated Mexican food authority Diana Kennedy, who died this week at the age of 99.