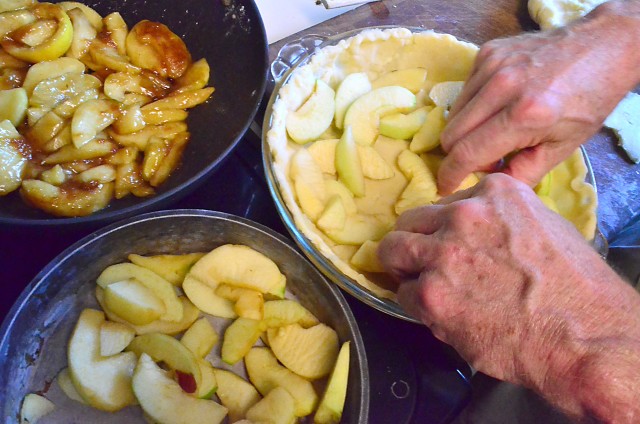 On Saturday, the people of the United States will enjoy a day devoted to the dessert that defines our country, National Pie Day. Few will know (or care) that the special observance wouldn’t exist if it hadn’t been for Boulder.

I’ll have a slice of pie in Boulder on Saturday and muse over the unlikely path that made me a pie expert. I owe it all to my friend, Charlie.

That’s Charlie Papazian, the nuclear engineer-turned-school teacher who put the liberal bastion of Boulder on the pie map. Pie had been served in Boulder County since the first white settlers settled down, but things changed in the 1970s when Charlie told his Boulder elementary school students that he preferred pie over cake on his birthday. In fact, he liked it so much that he declared that his birthday, January 23, would be National Pie Day.

It was all for fun, he said, and he registered National Pie Day with “Chase’s Calendar of Events,” the bible of special days and months in the pre-Internet era. Registration required an organization so he invented the American Pie Council, and a phone number, his own. Since Charlie was often out of the country on his birthday, he asked me to fill in as the official spokesperson for National Pie Day talking to media from across the continent.

Over time the Great American Pie Festival would take place several times in Boulder at the Harvest House Hotel and later at the Hotel Boulderado where I was the head judge for the National Pie Championships. I decided to turn the American Pie Council into a real organization and its first office was in my home on Concord Avenue where the Pie Times newsletter was born. Our slogan: “In crust we trust.”

Eventually, the organization and me went our separate ways, but I’m proud that National Pie Day has taken on a life of its own and is celebrated in large and humble ways across the nation. Every January I still get a few pie calls from the media. The question has always been the same: Why pie? My answer is still the same: Pie is tasty and made to be shared. Bake a pie for someone and see how much love comes back to you. It also represents America at its best.

Pie is the ultimate refugee — dessert flotsam washed up on these shores, legally or not, along with European expatriate cooks. The thing we now call “pie” has a complex DNA ranging back to the ancient Greeks. We are genetically inclined toward anything wrapped in pastry. When it comes to food, Americans famously welcome the best the world has to offer, tweak it with abandon and call it our own. It becomes as American as apple pie.
The other night I saw a sign in the bakery department of a Louisville supermarket offering 50 percent off on pies on January 23, National Pie Day. Manufactured pie was never what this holiday was all about. Charlie wanted homemade pie on his birthday, and he still hopes cooks will discover the joy of making pie from scratch.

By the way, Charlie went on to found the American Homebrewers Association, the World Beer Cup and the Great American Beer Festival and has written books including the best-selling The Complete Joy of Homebrewing. He is one of the best-known and most respected people in the global world of beer. He and his family live in Boulder where he still brews beer and bakes pies. 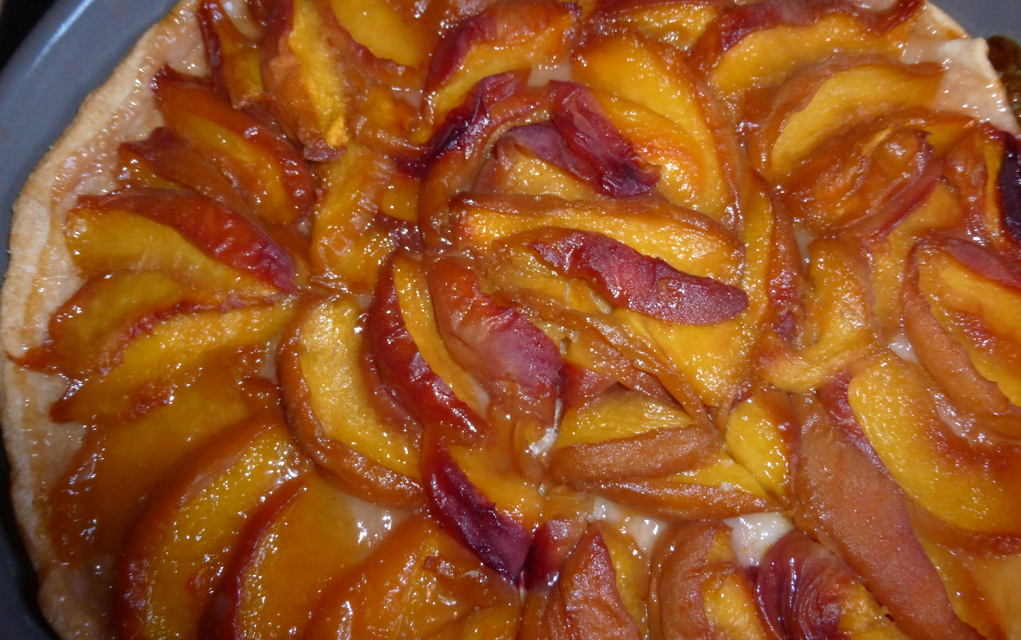 Summer in the freezer
Last August when Palisade peaches were big and cheap I bought a pile of fruit with grand plans to makes preserves or a pie. Circumstances forced me to simply slice the unpeeled ripe fruit and freeze it in a bag. A recent visit from my son inspired me to thaw and drain the block-o-peaches for a day before adding a bunch of cinnamon sugar and a sprinkle of salt. Since I only had one rolled Kroger refrigerated pie crust left, I laid it flat in a pan, arranged the peach slices on top with more cinnamon sugar, and baked it in a 325-degree oven for about 90 minutes until caramelized. It wasn’t a tart, and it was too flat and thin to be a pie, so I called it a Peach Flie. It tasted like summer concentrated in all its perfumed and slurp-y sweetness. As a bonus, the drained peach juice upgraded my oatmeal for several days.

Zen and the art of pie
To make a good pie, you don’t need another pie recipe from me or anyone else nor the secret addition of iced vinegar, vodka or egg yolks. Mainly you need to make more pies because piemaking is in the eyes and fingers. Practice perfects pie. Also, it’s an inexpensive hobby. I do have a few suggestions. Use a glass pie plate and you can see whether your crust is golden on the bottom. Skip the shortening and use butter, coconut oil, lard, bacon fat or some combination thereof. For all ingredients including the flour, make it fresh. For apple pie, combine varieties that are hard and ones that are tart with soft and sweet, and don’t include the word “delicious.” (For an apple pie recipe, visit my blog: http://wp.me/pw0Ma-p5)

Taste of the week
There is a proud tradition in pie-making of using available ingredients from avocado to Ritz crackers to save money and put dessert on the table. One of my prized pie library items is “250 Superb Pies and Pastries” (pamphlet circa 1940) which includes recipes for prune chiffon pie, vinegar pie, mock cherry pie, lemon potato pie, sirop custard pie and my favorite, surprise pie. Tubby’s pinto bean pie at Boulder’s Walnut Cafe is a prize example, although the name might scare some diners away. It doesn’t taste like a burrito. Instead it’s a sweet, dense single-crust pecan and shredded coconut wedge best served warm. It has a pleasant hint of legume like its Asian relative, the sweet mung bean-filled moon cake.

Words to Chew On
“Candy might be sweet, but it’s a traveling carnival blowing through town. Pie is home. People always come home.” — From the fine, short-lived TV series, Pushing Daisies.

John Lehndorff hosts Radio Nibbles at 8:25 a.m. Thursdays on KGNU, 88.5 FM, 1390 FM, kgnu.org. Listen to archived shows at news.kgnu.org/category/radio-nibbles. Send your comments and quibbles to: Nibbles@boulderweekly.com. His favorite pie is double-crusted wild blueberry pie … or the pie in front of him.