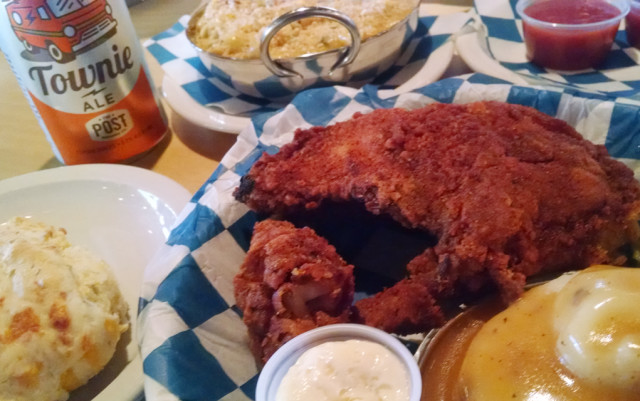 I’ve spent a career setting up food photos and making the food look appetizing for professional photographers, a sadly fading profession. In the early days if you saw the rare photo of a gorgeous plate of food in a newspaper, you knew it involved lights, big cameras, a darkroom and noxious chemicals.

Now, I only take cell phone photos of food because it’s my job and it helps me remember what I ate. That explains my classic dashboard image above, which tells me I had a Reuben sandwich in the parking lot at Mickey C’s Bagels on Table Mesa. It reminds me that thin-sliced corned beef was stacked with sauerkraut, Swiss cheese and Russian dressing on toasted house-baked rye bread. It wasn’t an epic Reuben worthy of song and pageantry, but it was exactly the Reuben I needed that day.

The other day I was eavesdropping on the table next to me at a local restaurant. Their food arrived at the table, and instead of being swept away by the flavors and aromas and the wine and each other, they took turns snapping photos of each plate. Then they posted the photos of the food along with a comment indicating where they are dining. Texts came and went. The diners did finally consume the food but they really didn’t talk about it in any detail.

Why do we need images of our dinner? Why are most of the photos taken from directly above the food, a viewpoint no diner ever normally sees while dining?

Apparently we photograph our food to make it taste better or because of ego. A recent university study discovered that taking photos of your food and posting them on social media made subjects perceive the food as tastier. The subliminal message is that if it’s worth immortalizing then it must be a wonderful dish.

In its 2015 Foodie Study, the Sopexa firm found that foodies primarily use social media to brag, show eateries they are able to visit and to display their creativity as a cook. By the way, the best day to post food photos on social media sites is Thursdays. Those posts are 10 times more likely to get clicked on than Saturdays. 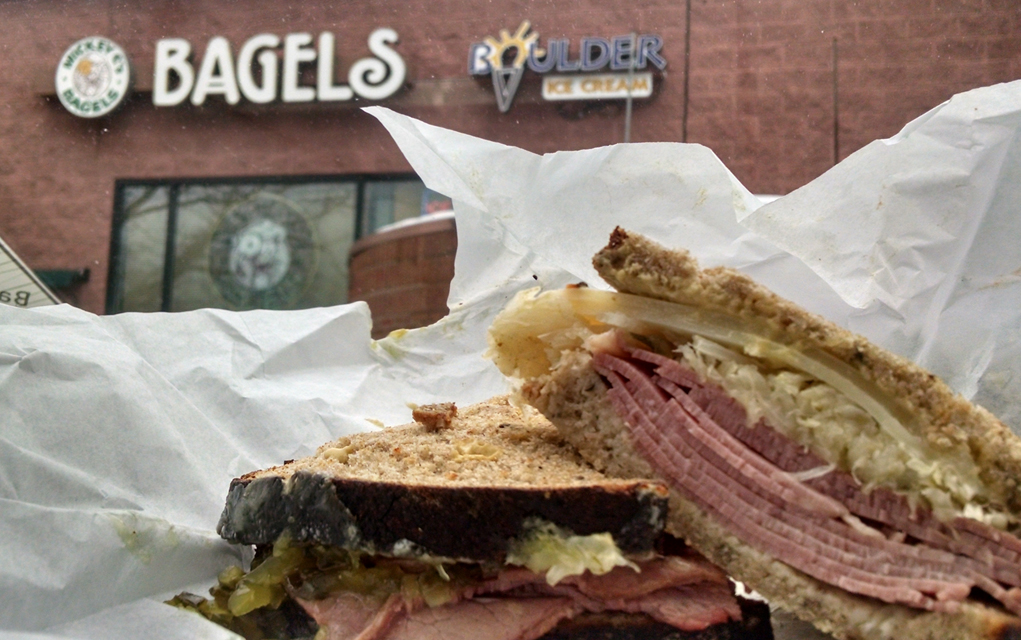 Since today is Thursday, I’m including the photo of my first meal at GoodBird Kitchen in Longmont, the new satellite operation for Lafayette’s The Post. I should have included more of the environment but I was distracted by the crisply jacketed fried chicken, which is as great as the original location.

The mashers and gravy, grits, beets and sweets (sweet potatoes) and green chile mac and cheese are all Grade A, but I was really there for the quintessential bing and tart cherry pie and the fudgy black-bottom banana pie, both from Hinman’s Bakery in Denver. No photos exist of the pies we ate immediately, except in our memories, where they will linger.

Sign of the changing times: Most of the food photos in the March issue of Bon Appétit magazine were shot with an iPhone 6.

Feeling offal about ‘The Revenant’
Audiences apparently have been cringing when Leonardo DiCaprio eats raw bison liver in his Oscar turn in The Revenant. They probably shouldn’t go out to dinner with me. My credo as a professional dining critic was simple: “If it’s on the menu, it must be edible,” and so I’ve ended up tasting raw liver (animal and fish), cheeks, blood, thymus glands and various other body parts of creatures great and small including monkfish, rattlesnake, honeybees and yak. I did not like them all.

Back before the turn of the century, I got a call from the late Sam Arnold, the owner of The Fort Restaurant in Morrison and an Old West history buff. He invited me to a Rocky Mountain oyster tasting and we sampled a smorgasbord of expertly fried calf, lamb, buffalo and turkey testicles. They did not taste like chicken, and I don’t remember which oyster “won” but the proof is on video somewhere in KRMA’s Spirit of Colorado archives.

It’s not surprising that The Fort Restaurant is the place where you can now special order thinly sliced raw bison liver carpaccio. Wimps can order their liver sautéed with onions atop toast with a shmear of fatty buffalo bone marrow.

I was not a judge March 7 when chef Troy Guard and his team from Denver’s TAG Restaurants won the competition at the Cochon 555 event in Denver, but I did get to taste their chicharron cannoli, pig head pastrami, crispy shank and offal taco, trotter roulade and a dessert involving bacon rice crispies. Guard will compete for the national title at Grand Cochon in June at Snowmass.

Local food news
The 1914 House restaurant opened recently at 121 Second Avenue in Niwot in the space formerly occupied by the pie-loving Rev Taylor’s Country Restaurant. … The finalists for the James Beard Awards, the Oscars of the American food world, include Boulder’s Frasca Food and Wine in the Outstanding Restaurant category, and Alex Seidel of Fruition (restaurant and farm) and Mercantile in Denver in the Best Chef Southwest category. … St. Vrain Cidery is slated to open in May in the former Longmont Times-Call building in Longmont. … Coming soon: Mediterranean fast casual Zoes Kitchen, 1695 28th St., Boulder.

Words to chew on
“Food is a great literary theme. Food in eternity, food and sex, food and lust. Food is a part of the whole of life. Food is not separate.” — Jim Harrison, author of the remarkable food essays collected in The Raw and the Cooked, died March 26.