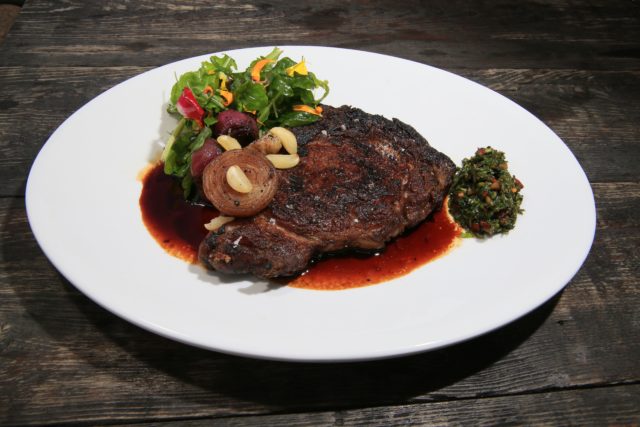 There’s no doubt that most of us want to know that the food we order at eateries is not bad for the Earth—and not just those of us in Boulder. Forty-three percent of U.S. diners say they’ll pay more at restaurants that focus on sustainability. Half of us want restaurants to be more transparent about sustainability, according to a recent Censuswide national survey.

Here’s the rub: How do you know that your platter of sizzling fajitas actually supports sustainability, social responsibility and transparency? I mean: Who has the time to vet brunch?

It can be hard to be sure that your money is actually helping good chefs and farms and the planet.

“These are businesses that share the same values around sustainability,” says Maya Brook, executive director of Slow Food Denver, which has teamed up with Slow Food Boulder County on these awards.

For Hosea Rosenberg, the decision to apply for the Snail of Approval was “a slam dunk.”

“I’ve always aligned myself with Slow Food’s values,” Rosenberg says. “It matches our mission at Blackbelly. We live that way. It shows in the way we approach sourcing ingredients and treat our staff.”

“It’s so easy for restaurants to lie about all the locally grown produce and meat they use,” he says. “The Snail of Approval means so much more than Yelp reviews or Trip Advisor ratings because it isn’t greenwashing.”

Educating diners about sustainability is part of Blackbelly’s mission as well connecting with local ranchers and farmers. “These people are our community and customers,” he says.

The Snail is a tool that helps diners decide which eateries they’ll support.

“When I go out to eat, I’d rather spend my money at a restaurant that is following sustainable practices,” Slow Food’s Maya Brook says. “Over time we hope diners will use the Snail of Approval as a dining guide.”

For a complete list of restaurants and food businesses or to apply for the Snail of Approval: slowfoodboulder.org/snail-of-approval

Leave a 1% tip for the planet

“As much as 70% of a restaurant’s carbon footprint is in the ingredients they use,” says Anthony Myint, executive director of the national Zero Foodprint non-profit organization. “If we changed the way food is grown, it could be a society-level climate crisis solution.”

Restore Colorado is Zero Foodprint’s public-private collaboration between the U.S. Department of Agriculture and local governments that fights the climate crisis by building healthier soil on local farms and ranches.

Zero Foodprint restaurants put a 1% fee on their meal checks. Consumers can opt out, but so far few of them choose to, according to Myint.

“Hypothetically, you could buy the nice grass-fed beef from the rancher, but it doesn’t help the rancher transition to regenerative methods,” Myint says. “The whole organic movement after 50 years is still just 1% of American acreage.”

Some restaurants use produce and meats from sustainable local farmers and ranchers and follow other practices, but not all eateries can do that.

“Some restaurant owners want to make a difference but they can’t shop at the farmer’s market, but they can send 1% of purchases to help local farmers plant cover crops, afford compost and transition from fertilizers,” Myint says. Among the recipients of the regenerative assistance is Longmont’s McCauley Farms.

“This program lets individuals take real local action they can see,” he says.

To see the complete list of Zero Foodprint food businesses or to apply for the program, go to: zerofoodprint.org/restorecolorado

“I sometimes think the act of bringing food is one of the basic roots of all relationships.” —The Dalai Lama