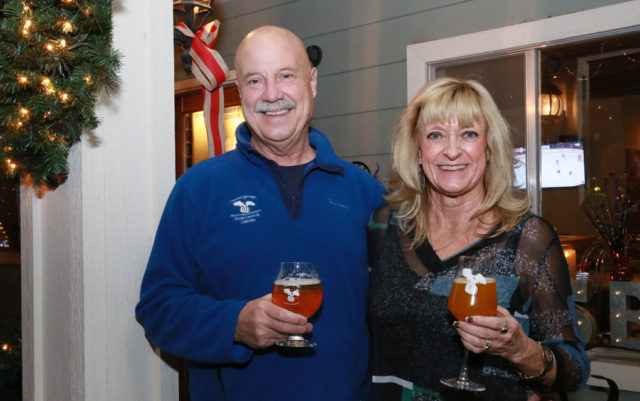 You don’t have to be an economist to see that trends drive marketing. And when it comes to craft beer, that trend is “new” — be it a new brewery, a new style or a new take on an old favorite, new is king.

Driving that “Gotta try ’em all” mentality is a constant search for personality. Yes, we’re out there trying to find what’s new, what’s hot, what’s hip, but beneath that pretense is the simple quest to find an idea executed with a distinct point of view.

That should begin to explain the success and allure behind Crystal Springs Brewing Company, a brewery that began in 2010 out of Tom and Kristy Horst’s detached two-car garage.

“Apparently, we were the first ones to start a brewery in our garage,” Tom Horst tells Boulder Weekly. “I don’t know if that’s true or not, but that’s what they told us.”

Now Horst is opening his second taproom, this one in downtown Louisville. Things are certainly looking bright for Crystal Springs.

Horst, who originally hails from Hudson, South Dakota, followed his sister out to the Centennial State in the ’80s and set down roots at the behest of his son and daughter. A music teacher by trade, Horst was convinced by his son to start home brewing and, like most, they turned to Charlie Papazian’s Complete Joy of Home Brewing for guidance.

First up was Rocky Raccoon, a honey lager recipe. Horst imagines they used canned malt extract for the brew, but what the father-and-son duo produced “came out really good and hooked us,” Horst says with a grin.

Bitten by the brewing bug, Horst continued to develop his technique, brewing about three times a month, while wife Kristy continued to support his endeavors, even encouraging him to start his own commercial brewery once he retired from teaching. In 2010 — operating with a 20-gallon brewing system — the Crystal Springs Brewing Company was born.

It didn’t take long for Horst’s brews to catch hold, and soon the garage operation expanded to a two-barrel system. Then in 2013, Horst opened up a 15-barrel brewery and taproom in a Louisville office park. Now Crystal Springs has expanded once again, this time to a cozy taproom located in Louisville’s historic downtown, blocks away from fellow breweries 12Degrees and Gravity.

If any of Crystal Springs’ beers could exemplify Horst as a person, Hudson would be it. Blending the juiciness of a New England IPA with the backbone and structure of a West Coast variant, Hudson is vibrant, fresh, full of personality and endlessly drinkable.

“I just wanted to do something different,” Horst says describing Hudson, though his sentiments are applicable to Crystal Springs altogether. “It was really surprising that it came out the way it did.”