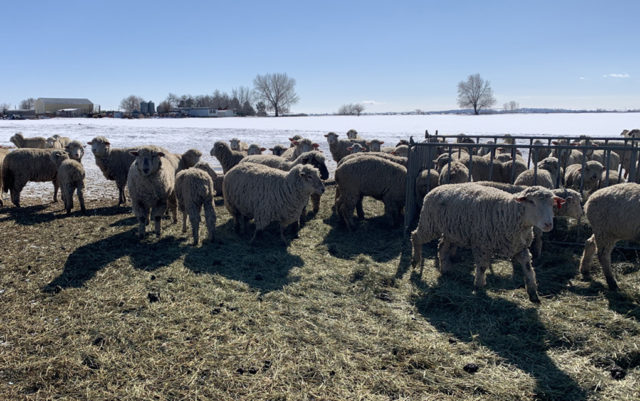 With the start of the Boulder County Farmers Market delayed until May 2, and a massive curtailing of demand from restaurants, local farmers and ranchers are finding unique ways to stay viable and keep operations running amid coronavirus-related shutdowns.

But let it be known, farmers need your help now.

“They need your patronage to weather this potential economic shortfall,” says Adrian Card, the Colorado State ag extension agent for Boulder County. “And they’re doing everything they can to keep their food products as safe as possible.”

First, a lay of the land: Local non-commodity farmers (that is, not the farmers and ranchers that sell large-scale items like soybeans, sugar beets, alfalfa and commodity pork) make money through direct-to-market avenues like farm stands, farmers markets and CSAs. Others also have staked a sizeable chunk of their businesses on selling into restaurants. Still more sell into grocery stores or packaged food companies.

All those avenues are in jeopardy now, but particularly those — and it’s the majority — farms and ranches that sell directly to the consumer. Card says the primary concern he hears from local farmers and ranchers is that there won’t be enough consumer confidence, or the necessary channels, to sell their products.

Luckily, food is an essential business and so farmers and ranchers don’t need to pull back on staffing. But with borders closed and self-quarantines, there are concerns about whether there will be enough healthy farm workers to cultivate fields.

“There are those workers coming from other parts of the world… will any of them encounter health-related issues that prevent them from working?” Card says.

Despite the challenges, some restaurants and farmers are finding novel ways forward. Black Cat, for instance, got approved in about a week to open a farm stand on the corner of Jay Road and Diagonal Highway that allows them to sell early-season crops along with grains grown and milled on their land, as well as local wine, beer, cider and cocktails.

The Big Red F restaurant group, in collaboration with the Boulder County Farmers Market, is launching a series of pop-up farm stands, wherein people can find out the contents and price of a box of local produce on Big Red F’s social media, reserve their orders and then pick up their box on Saturday mornings. Big Red F food and beverages, say The Post’s hot chicken or West End cocktails, can also be added. The first pop-up is scheduled for Saturday, March 28 from 9-11 a.m. at Zolo Grill (2525 Arapahoe Ave., Boulder). The $30 CSA-style box of mixed produce from Oxford Gardens, Elliott Gardens and Rocky Mountain Fresh includes cucumbers, mixed greens, Bibb butterhead lettuce, arugula, mizuna, watercress and basil. There are only 40 boxes available. Go to zologrill.com to reserve your box.

For commodity farmers, the boom in people stocking up on meat at their grocery stores might be a benefit, and Card says he hasn’t heard of local farmers and ranchers who produce such goods being impacted too severely by coronavirus.

“You’ve been to King Soopers, people are pulling stuff off the shelf like mad,” Card says. “This is my opinion, for some of these undifferentiated producers and these wholesale markets, I don’t think they’ll see an income shortfall, maybe the opposite.”

And given that many restaurants have had to lay off most or all of their staffs, there is thought that some of them might find work on farms — it’s a logical jump. But Card says even though there might be demand for workers, it’s not the same kind of work.

“Farmers may or may not be receptive to workers who are not familiar with farm work and may not know the physical requirements,” he says. “Moving into stoop labor, it would be as if I’m going from working in a restaurant to pouring concrete. It’s more physically demanding.”