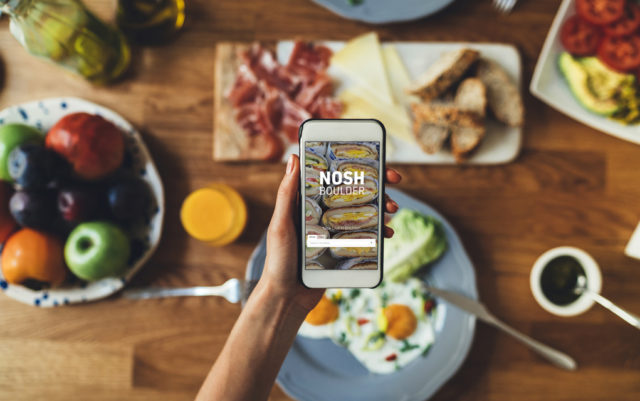 Many of us ordered delivery from local restaurants this year, intending to support these establishments while they had limited or no seating capacity.

And while any patronage this year helped these small business owners stay afloat, how we ordered and accessed their food had a large, compounding impact on just how helpful we were being.

If you ordered from a local restaurant through a national tech platform like DoorDash, Grubhub or Uber Eats, those companies for most of 2020 were likely assessing a surcharge to restaurants up to 35%, massively eating into the already thin profit margin of the order. It’s a problem that wasn’t effectively communicated in the chaotic switch to delivery and takeout — I certainly share some blame in that.

But it’s also a problem that, as we head into many more months of delivered food, is receiving some attention. Cities like Denver and New York City have voted to institute a cap on how much third-party delivery services can charge (15%). That resulted in DoorDash, at least in Denver, instituting a $2 “Denver fee” to offset the cap.

The fees third-party delivery companies charge is separate from what they charge consumers — peruse your delivery app of choice and you’ll see charges from $0 to more than $5 per order. Once you add in tip and taxes, you could be paying as much as 50% of the order on top of the food you bought.

In a study by market research group Kinetic 12, corporate third-party delivery services were found to add substantial costs to food orders — it found fees were 12% of the total food price on Grubhub, 20% for Uber Eats and 21% for Doordash.

Now, however, there’s another option created by and for local restaurant owners. Nosh is a delivery service that started in Iowa City, and has since branched out to Fort Collins and Boulder. At least 15 local restaurant owners have invested in the company’s Boulder operation, which caps delivery fees at 15%. Many more restaurants have joined the platform since it launched this year — 53 so far, with more added regularly.

“Customers think they’re helping us when they order through these corporate third-party delivery companies. A lot of times, yeah, they may be helping us but they may be harming,” says Shawn Camden, owner of Sancho’s Mexican Restaurant and an investor in Nosh. “Hardly anything goes to us. We make minimal-margin profit. Sometimes we don’t make a profit and sometimes it bites us in the butt.”

For instance, if a delivery ends up at the wrong place or, as happened at Sancho’s, the system crashes and a restaurant is left with hundreds of dollars of undeliverable food, it’s a burden on the business.

The City of Boulder has partnered with Nosh to further its impact. After an RFP process, the City selected Nosh as a beneficiary of the Restaurant S.O.S. program. In it, restaurant-side delivery fees (for orders placed via Nosh) will be subsidized entirely by the City using CARES Act funds through the month of December. And, customers who order through Nosh will get a one-time $10 coupon to be used for orders over $25 placed on Nosh. The CARES Act funds need to be spent by the end of the year, thus the deadline.

After December, the restaurant-side commission fees will be capped at 15% and Camden says the customer-side fees will be competitive with the corporate competitors (about $2.50).

Camden says the benefits go beyond local ownership and local fees — he says in his experience, Nosh provides better service than corporate competitors.

“We do a thorough interview with drivers. We just don’t choose anybody, they have to be a fit, have to have the right personality, someone who’s going to give good customer service, someone who cares about their job. In effect it helps us provide much better customer service,” he says, adding, “If there is an issue with the order, if we make the mistake as Nosh with the delivery, we will contact the customer immediately and either refund their order or we’ll pay for the restaurant to redo the order.”

Visit boulder.noshdelivery.com for a full list of participating restaurants. Use the code “NOSHCITY” to redeem the $10 delivery voucher.