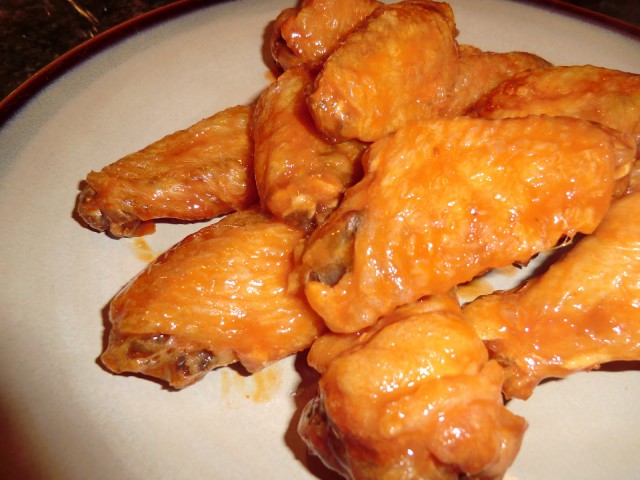 REO Speedwagon’s Hi Infidelity, the first season of Miami Vice and the John Madden-era Oakland Raiders are among my myriad of guilty pleasures. Chicken wings come close to making this list. However, many versions, either prepared indifferently or adhering too faithfully to the vinegary tones of the original Buffalo version, inevitably disappoint. For this reason, they have yet to reach the exalted status of a guilty pleasure.

That may change, given the quality of the bird at South Mouth Memphis Hot Wings, located on Broadway near downtown Boulder. At this eatery, the namesake appendages are offered with a choice of 10 specific sauce varieties. Prices range from $6.95 for five party wings to $72.95 for 16 pounds of Memphis wings, which are trimmed differently from the party variety. Those desiring something other than wings can opt for a salad or chicken tenders, and there’s a mess of available sides, including fried items such as pickles, mushrooms, corn on the cob and jalapeño poppers.

Feeling plucky, pal Cyn and I ordered a 20-piece wing assortment for $19.95, which afforded us the chance to sample a quartet of sauces. Uniformly, the fried wings themselves were pleasingly plump and moist, without the semi-dessicated qualities that sometimes afflict this dish. Along with our chicken, we also received the required sides of fresh carrot and celery sticks, along with properly creamy portions of ranch and blue cheese dressing.

First out of the gate were the lemon pepper wings, a dry-rub preparation. Bright citrus notes made this choice come alive, with pepper playing second fiddle. The only drawback was the saltiness that detracted from the other more balanced seasonings.

Next up was a more exotic wing, flavored with sriracha. Wisely, the kitchen here decided not to serve this with straight-up red pepper sauce, which might have made these wings unbearably hot. A subtle undertone of what might be fruit successfully rounded out the flavor, contributing surprisingly complexity.

For classic hot wings, the four choices range from “you can” to “you better not.” Perhaps channeling the culinary equivalent of Lewis, the Burt Reynolds character from Deliverance, we went for the “better not.” These lived up to their billing, and made me glad to have a root beer close at hand for relief. Yet the heat was still modulated to the point that this wasn’t simply an exercise in pain, and one could detect tones other than raw fire.

Of the four choices, our favorite was the mango habanero, which compellingly balanced solid heat with honeyed fruit. Like the hot wings, it was indisputably spicy, but not off-puttingly so, and didn’t obscure the underlying chicken flavor. The sweet tang of tropical fruit effectively complemented the slightly floral qualities of the habanero.

For dessert, we continued the theme of Southern-fried indulgence with an expansive helping of $4.95 funnel cake fries. Basically hot and sweet cake dusted with sugar and sided with caramel dip, this was a fittingly indulgent way to end our wing-fueled debauchery.

The next time I get a hankering for wings, which probably happens more often than I should admit, I’ll make a beeline for South Mouth. It’s entirely possible that this eatery’s impressively flavorful wings could nudge this poultry pleasure up to the pantheon of guilty culinary indulgences.