Charm is the currency by which I quantify the value of a coffee shop. Red Frog Coffee in Longmont has vast reserves of it in odd denominations, and they’re not frugal about sharing it with their customers.

Like, for instance, the charm of their creation story. The brother-and-sister team Jason and Emily Kelly started the shop in the skeleton of an old Starbucks five years ago. When they went looking for a loan at a bank with 80 percent of their startup funds in cash, they were denied and had to come up with the rest on their own. The resulting identity of their shop is charmingly self-described “as independent as our forefathers envisioned, run by real people who don’t lie and cheat all day long, and neighborly enough to know you by name if you stop by on a regular basis.” Righteous. Plus, the name Red Frog Coffee is cute.

So is the interior of the shop, which they’ve transformed from its corporate predecessor into a homey relaxation station with the help of folk furniture, good lighting, art and music. There’s a couch with a lavender-colored wood frame and  faux burlap-upholstered cushions. There’s a colorful sign that asks patrons to share tables, even though most tables are for two people, and my goodness how awkward would that be? There’s a bunch of Red Frog-branded merchandise, which proves that folks like the name too.

There are also friendly baristas — a title that has really become kind of an ugly, cold word that doesn’t accurately describe the folks at Red Frog. And they also put a little snowflake sticker on the openings of to-go cups so your drinks don’t get cold. Charming.

Of course all the charm would be for naught if the drinks weren’t good or were too expensive. Luckily, neither is the case. Red Frog Coffee serves locally roasted organic, fair-trade coffee (from Conscious Coffees in Boulder), as well as tea, smoothies, local foodstuffs, beer and wine.

What was particularly charming about Red Frog for me was that they had two of my favorite coffeehouse items on the regular menu: an Earl Grey latte called London Frog and a cinnamon and chocolate latte called Mexican Mocha.

The London Frog was made with loose-leaf Earl Grey tea collected in a large bag. Whole milk was steamed and added to the tea, creating a smooth, creamy and warm cup. The bergamot in the tea took over the aroma, which was pleasant, and the rich and sweet black tea was a lasting, substantial boost for the morning.
The Mexican Mocha was exceptional. Bright cinnamon and dark chocolate worked in perfect harmony. The underlying espresso served as a robust foundation for the flavor elements. I don’t get why cinnamon and/or chocolate lattes or other coffee drinks aren’t on more menus, because the combination of those ingredients is so obviously intended by nature. Red Frog builds a monument to that connection in their Mexican Mocha, and I’ll likely find myself taking the drive way out to the edge of Longmont (you know, right before the wide, open road to Wal-Mart starts on Ken Pratt) just for a cup of it. 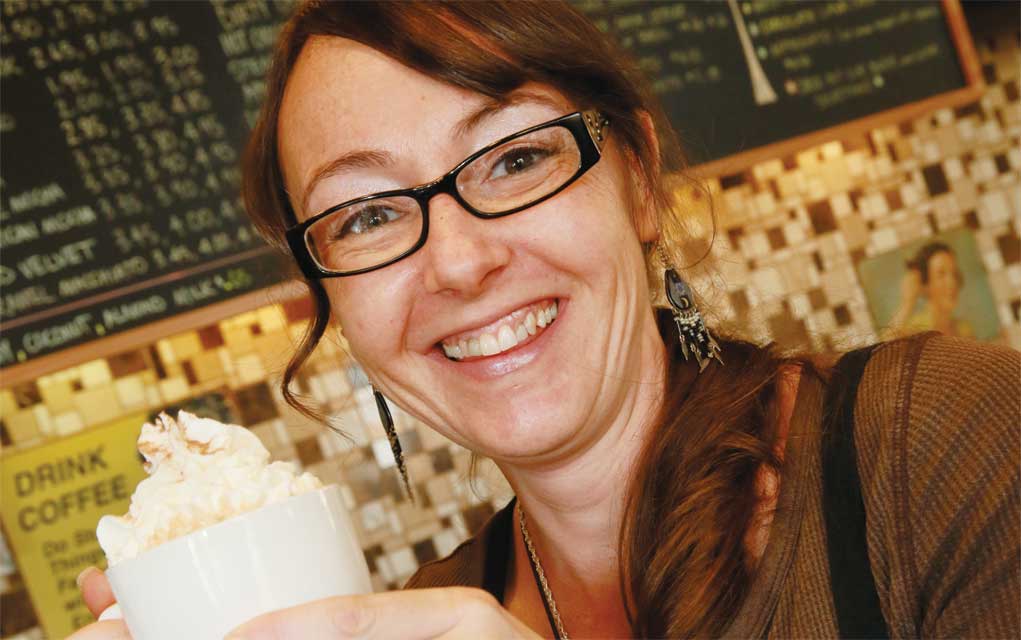 I also had a cup of cold-pressed toddy, which is an iced coffee made using a toddy machine. The machine extracts bitter elements of the coffee, leaving something sweeter and smoother than coffees made in other ways. Though it wasn’t the shot of booze with hot tea and lemon like I was expecting, it was a drinkable pour of straight coffee.

Last was a Glorious Morning smoothie, which is made of fresh strawberries, bananas, milk and orange juice. I get the name, because the orange juice pops in the smoothie like, well, a glorious revelation that you’ve awoken to another day, even though my mornings are rarely filled with bright, blind enthusiasm for the world.

But I am enthusiastic about Red Frog Coffee. It’s a good neighborhood coffee joint, as well as a good once-in-a-while spot for well-made coffee drinks.