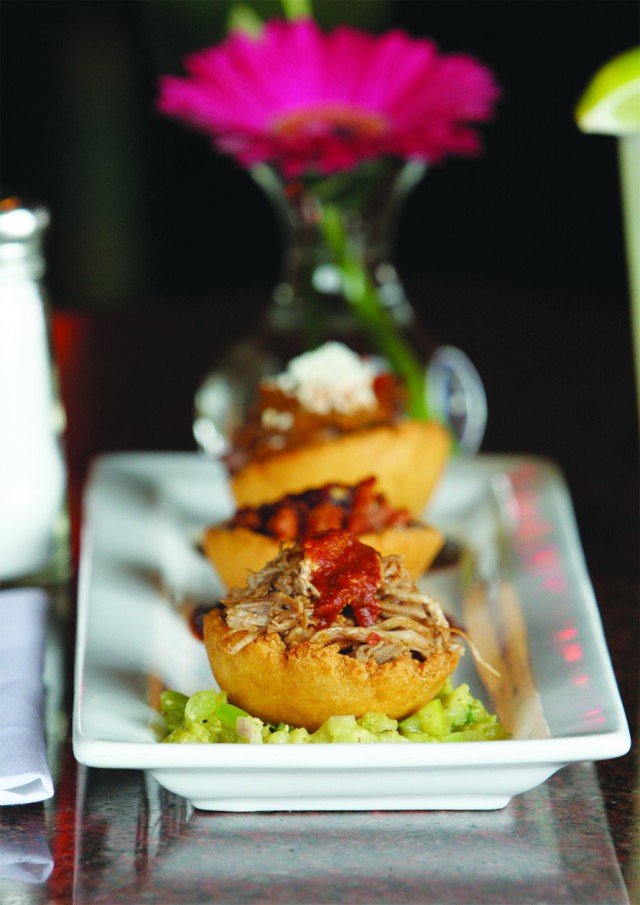 Long before Boulder achieved fame as a foodie paradise, there were a handful of restaurants that opened in the early ’90s and swiftly landed on many locals’ favorites list. These restaurants distinguished themselves on providing good value, decent-sized portions and international, or at least, regional flair. Three of these spots still soldier on today, and these include Chez Thuy, Laudisio’s (which exists in modified form as Ristorante L) and Zolo Grill.

Opened in 1994, Zolo has enjoyed a near 20-year run. When Zolo started, Southwest cuisine seemed more of a trend of the moment rather than a concept that could sustain an eatery for a couple of decades. Ask someone today to name three well-known chefs, and most probably won’t mention Mark Miller and Dean Fearing, two ’90s champions of Southwest fare. One could even argue that Zolo’s endurance would be akin to 1994’s chart-topping Ace of Base producing a No. 1 single today.

Nowadays Zolo’s lunch menu doesn’t stray too far from the basics of Southwestern cuisine and would still be accessible to the ’90s diner. There’s a certain comforting culinary classicism inherent in a menu showcasing such items as tortilla soup, blue corn fried oysters, rellenos and chicken enchiladas.

Sitting on the patio, friend Kuvy and I began with one of those classics, the $8 guacamole. A generous scoop, resembling a helping of sherbet shaded Kermit green, arrived surrounded by thin, crisp tortilla chips. The perfectly ripe fruit had a luxurious creaminess set off by a squeeze of lime. This suaveness makes Zolo’s guac likely the best in town.

Next up was a $11 sampler of sopes, a trio of diminutive cornmeal cups, each stuffed with a different filling. Red chile pork, accented by a subtly tart green tomatillo salsa, had the melt-inyour-mouth texture of pulled meat. Chorizo fundido combined delightfully gooey cheese with peppy, but not overwhelmingly spicy, sausage. Last up were shreds of duck, which suffered from dry texture.

Such aridity did not plague Kuvy’s $13 blue corn tamale plate, spotlighting a creamy masa filling that was closer to finely prepared polenta than typical rusticated stuffings.

Wrapped up like a piece of hard candy, these tamales were perfectly set off by a red pepper salsa underscored by a whisper of sweet flavor. A side of kale and chard was a textbook example of crisp-tender veggies, and one suspects this adornment was a quiet nod to contemporary appetites for greens.

Duck made an encore appearance in my plate of $11 tacos. Here, the chunks of duck were larger and thankfully much moister than they were in the starter sopes. It was easier to appreciate the earthy flavor qualities of this bird (as opposed to, say, milder chicken), especially as it was set off by thin slices of red potato and bright salsa verde.

After two decades, some restaurants would get lazy, resting on their laurels and dishing out fare several notches below what they originally served. Zolo seems immune from this trap, and the menu doesn’t stray far from tradition. The key, as lunch illustrated, is perhaps no more complicated than keeping quality consistent, although this is more easily said than done. But here, the level of execution has remained high and Zolo, like the Dude, abides.