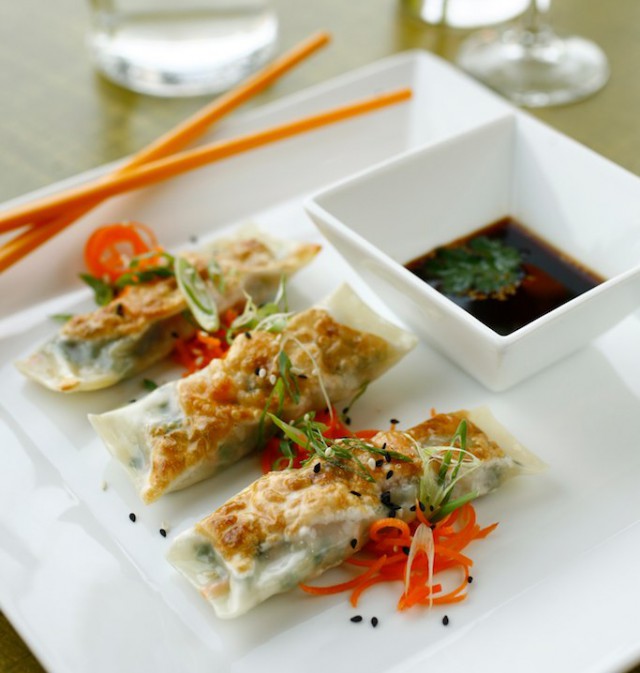 First Bite Boulder is coming back to Boulder County this year in full force, and it’s not too early to make reservations.

The week of Nov. 11-19, more than 40 restaurants will participate in this special food event, and each restaurant has prepared a unique three-course menu for its guests. Every menu offered will have the fixed price of $26 a person.

Making early reservations to the restaurants participating in First Bite Boulder is highly recommended, says Josh Dinar, a co-founder of the event and publisher of DiningOut Magazine. Co-founder Kate Lacroix, owner of d i s h publicity, says that organizers chose the week before Thanksgiving because it would give restaurants a chance to showcase the local dining scene for a reasonable price during a time when people are saving money for the holidays. “That week, which is typically one of their slowest weeks, has turned into one of their busiest weeks,” says Dinar.

Dinar and Lacroix got the idea for First Bite Boulder after they spent time in the restaurant scenes of several large cities across the country. Restaurant weeks were just starting to crop up, Dinar says, and they wanted a chance to highlight Boulder’s robust restaurant scene.

“Once we saw the increase in the number of restaurants that were cropping up in Boulder, we thought it was a great idea,” Lacroix says. “It’s been very successful. The community really likes it.”

First Bite Boulder started six years ago, and has had a steady following of restaurants and community members since its inception. Most of the restaurants that participate have done it every year, Dinar says, and the week is a chance for restaurants to work together and reach out to the Boulder community.

“For many of them, this is a way for them to say thanks to the community,” he says.

First Bite Boulder is also a way for restaurants that have pricier menu options to showcase their offerings with a lessexpensive menu, Dinar says.

Phil Goddard, the owner of The Greenbriar Inn in Boulder, says that First Bite Boulder is good exposure to people who wouldn’t normally think to dine at the restaurant due to its higher menu prices. The restaurant has participated in the week every year, he says, and it has been a way for them to establish new customers.

The week of First Bite Boulder is a chance to solidify Boulder’s place on the map as a culinary destination, says Lacroix. The week is designed for people to experience something different, while getting to know the essence of the restaurants themselves.

“A lot of restaurants are really creative. They give lots of choices,” says Lacroix. “There is something for everybody.”

“It’s a true reflection of what our restaurant sees on a nightly basis,” he says. “We really want people to have a great experience.”

As Boulder’s restaurants join together to create a time for people to go out, eat and enjoy themselves, First Bite Boulder is also a time for the rest of the nation to look at Boulder’s dining scene, and see what it has to offer.

“There is already a national spotlight on Boulder, but this is just a great way to highlight the unique things that restaurants here do,” Dinar says.

To view the complete list of restaurants participating in First Bite Boulder—along with their menus for the week — or to make a reservation, visit www.firstbiteboulder.com.