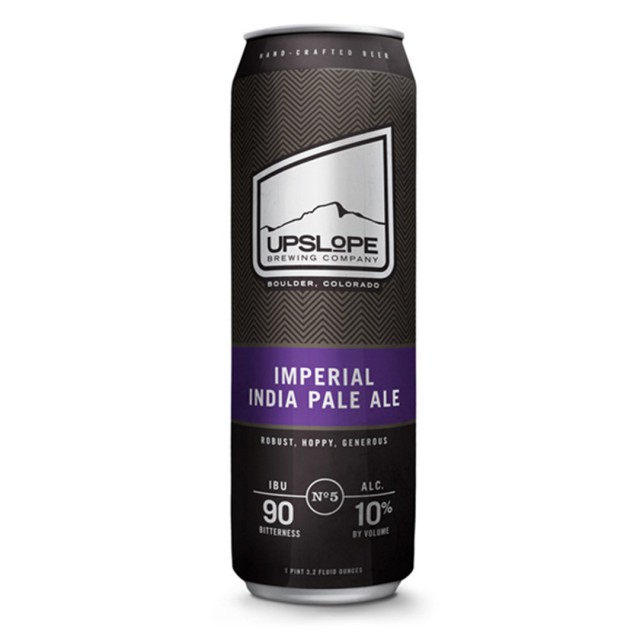 This ain’t no summer sippin’ beer.

It’s not unusual for beers to crack into the double-digit
range, as the latest limited release from Upslope Brewing Company does. The
Imperial India Pale Ale, labeled “No. 5,” is 10 percent ABV and feels like it,
even once our almost-20-ounce sample can is split for four editors.

But the high gravity doesn’t mean the Imperial IPA is too
much to handle. Instead, even dark-beer lover Joel is on board.

“I’m not a huge IPA fan,” he says, “but its aftertaste stays
even with the first taste. It’s just what it is.”

It’s true. Bitterness takes the lead, but the hoppy flavor
hits a certain point and carries through rather than taking over and
dominating. The finish is long but not aggressive. It’s not very floral at all,
though it does have some sweetness.

“It’s got a sweeter finish than I expect from an IPA,”
Elizabeth says, “which is kind of nice, actually. I wouldn’t have said that’s
something I wanted to sign up for, but it’s enjoyable.”

“It’s got a super-strong hops profile,” David says. “Imperial
IPAs can have that indecipherable high gravity taste, that same aftertaste and
finish. This one doesn’t.”

It’s refreshing to see a brewer make an IPA — and especially
an Imperial IPA — but decline to participate in the arms race to see who can
add the most hops to a beer. Instead, Upslope gives you a big can of a beer you
really want to drink a big can of. Just, be careful. Make sure you’re
positioned firmly on your deck before you reach for a second one.