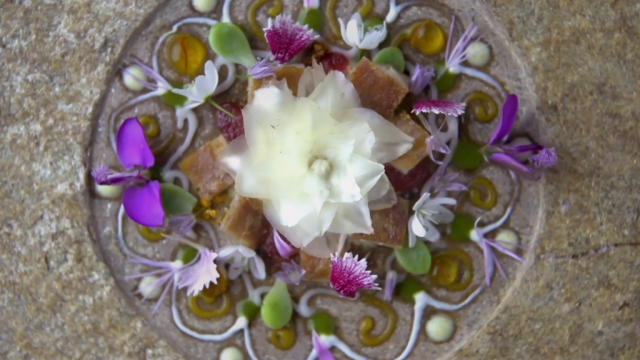 So last year Joun made it happen.

Joun handles promotional campaigns for CU’s International Film Series and convinced programmer Pablo Kjølseth to give her a weekend for the fest. Five movies were booked, panels were scheduled and sponsors were hunted down. Superior Liquor came to Joun’s assistance as a sponsor and the inaugural fest was a hit.

The original festival was called Chow Down, and it brought together five sumptuous movies over the course of three days, each averaging 125 attendees per screening.

Back for a second year, and sporting a new name, Flatirons Food Film Festival looks to expand the palate even more. Once again, five movies will be screened (Craft, Trattoria, Seeds of Time, Growing Cities, El Somni) but this year, Joun booked even more panels so attendees can interact with restaurateurs, brewers, mixologists and more.

“People like having events,” Joun explains. “I really tried to add a lot of events. To the point where it might be madness, but we’ll see.”

Craft, a 2014 documentary from Craig Noble about the craft beer industry, opens the film portion of the fest on Oct. 17.

“Having a craft beer movie is like a gift in this area,” Joun says with excitement. “Craft beer is so popular and appreciated.”

Oct. 18 features Trattoria ( Jason Wolos, 2012) and Seeds of Time (Sandy McLeod, 2013). Trattoria, the only narrative selection for the fest, is a drama/ comedy set in a San Francisco restaurant. A workaholic chef (Tony Denison) tries to balance commerce and culture while reconnecting with his estranged son ( John Patrick Amedori) over their shared love of food. A humorous look at both the employees and customers of the restaurant world, Trattoria will be complemented by a lunch panel discussion about balancing life and work in the restaurant industry at Jax Fish House.

Seeds of Time is a documentary about Cary Fowler, an agricultural pioneer. Addressing what agricultural obstacles await the changing climate, Fowler does his part by preserving and cataloguing seeds from all over the globe in a giant seed bank located near the Arctic Circle.

The festival continues on Oct. 19 with Growing Cities (Dan Susman, 2013) and El Somni (Franc Aleu, 2014). Growing Cities addresses urban expansion and the problems presented with feeding those cities. Growing Cities is presented in conjunction with a tour of the 63rd Street Farm in Boulder, which integrates aquaponics, a mushroom laboratory and cultivation space.

Part documentary, part performance art; El Somni bills itself as “An opera in a dozen courses and a banquet in a dozen acts.” Joun is very excited to close her festival out with El Somni, a movie that jumped on her radar when it played at the Berlin Film Festival earlier this year.

“This is not like any other film you have seen,” Joun says. “It’s a Spanish documentary and a culinary opera. It aims to bring all the senses together.”

Chef Ian Kleinman, a Colorado native and practitioner of molecular gastronomy, will offer a demonstration of food and liquid nitrogen prior to the screening. Alex Figura, who worked at the restaurant featured in the movie, will deliver closing remarks.

When asked to sum up her Flatirons Food Film Festival, Joun smiles when she says, “Food is so vivid, it just translates perfectly to the big screen.”

All movies screen at Muenzinger Auditorium on the CU-Boulder campus. Tickets start at $7 for CU students and seniors and $8 for general admission. Want to see them all? Festival passes run $25 and can be purchased at Whole Foods.