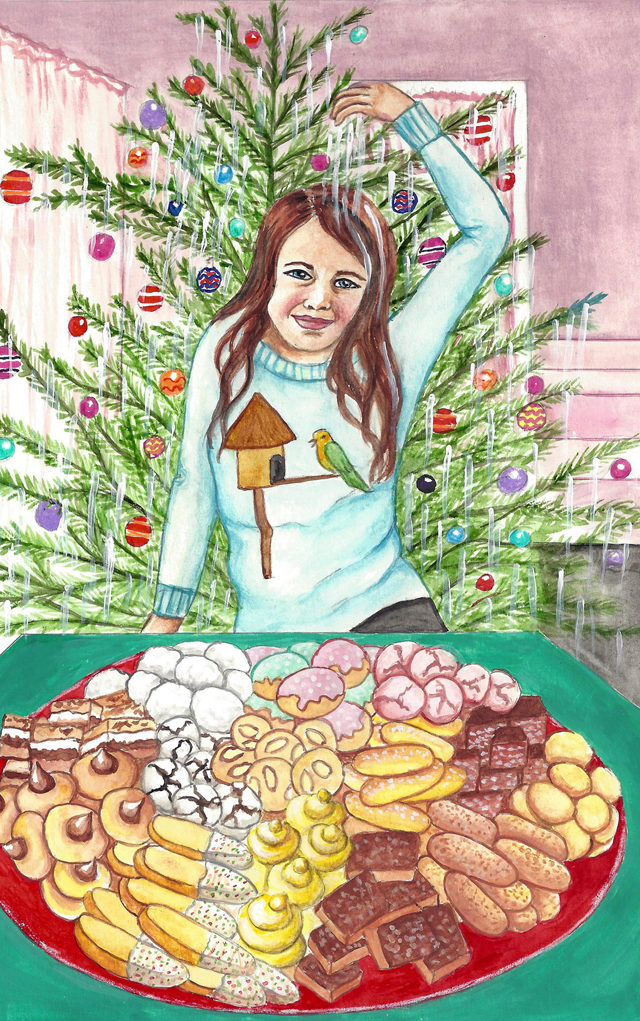 Renee Fajardo and her seven children are from Colorado. Really.

Fajardo’s family lineage goes back through generations of people indigenous to the San Luis Valley of Northern New Mexico and Southern Colorado. As the director of Metropolitan State University’s Journey Through our Heritage team, which connects students to their indigenous, Latino and African American ancestors (the project has broadened to include people of all backgrounds), Fajardo is one of the few people in Colorado documenting the biographical histories of our state’s citizens — and she’s doing it through food.

Fajardo, along with media specialist Carl Ruby, published their first children’s book, Holy Mole Guacamole and Other Tummy Tales, 20 years ago. This month, Fajardo, Ruby and a team of student editors will release Biscochitos for Mis Hijos, the sixth book in the Tummy Tales series, which compiles the stories behind dishes beloved by Colorado families of myriad backgrounds, and recipes on how to make them.

The goal from the beginning, Fajardo says, was to create books that children of all different backgrounds could relate to, and family recipes proved to be suitable common ground. The recipes and stories in Biscochitos come from renowned storytellers, folklorists, educators, cooks and writers of indigenous, Chicanx, Latinx and other descents, and they’re all illustrated by renowned Chicana artist Arlette Lucero.

“We are a community of people that celebrate our differences as opposed to pounding on each other for being different,” Fajardo says. “Everybody who writes these stories has such a love of their family and their family-old traditions. … And food is a universal language.”

No food represents cultural melding in Colorado better than the biscochito, the title cookie in Fajardo’s latest book. New Mexico claims it as their state cookie. (Colorado doesn’t have an official one, though Toll House did a survey recently that found Coloradans apparently prefer chocolate chip cookies with nuts. That’s garbage, it’s the biscochito.) The cookie is the culmination of at least three major ethnic groups merging in Colorado and the San Luis Valley, Fajardo says, and the history of Colorado can’t be told without mentioning it. 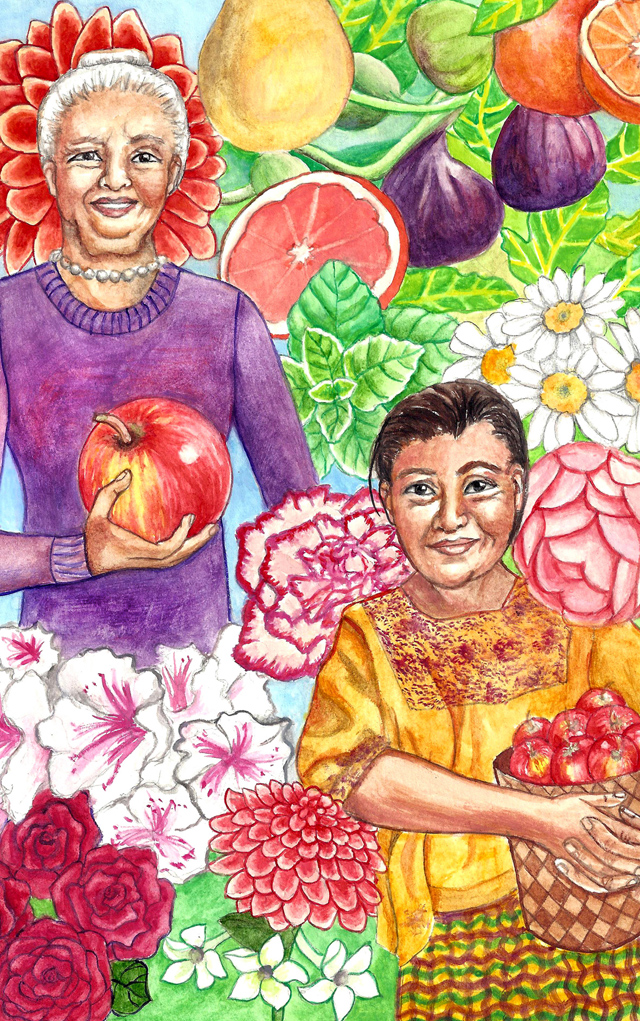 In the 15th century, Jews in Spain were ordered to convert to Catholicism. Many obliged, but some didn’t, fleeing to Portugal and then around the world, including the San Luis Valley. These so-called crypto-Jews, or what Fajardo calls “the hidden Jews within the fold,” outwardly presented themselves as Catholics but privately practiced Judaism.

These Spanish Jews had a wedding cookie they brought over. (In fact, Fajardo says, non-Jewish Spanish purveyors had started making the cookie with lard in order to out crypto-Jews who wouldn’t eat them. “It sort of has a really dark history,” Fajardo says of biscochitos.) But when crypto-Jews brought the cookie over, the cookie mingled with traditions from indigenous people, non-Jewish Spanish colonials, and people from other Latin American countries to create something unique — a cookie made with lard and butter, flavored with anise and served typically during special occasions.

“That cookie developed here as its own entity,” Fajardo says, “so it’s something that had never existed before.”

Fajardo makes this geo-political, anthropological story digestible for kids by telling a story of how a group of kids steal biscochitos from their older relative and get locked in a bathroom trying to eat them. What’s missing in the story is the historical background, what the cookie says about global migration and the assimilation of cultures into Colorado, but what it does show is how integral food items are to those cultures, and what they actually mean for people who grew up with them.

What’s on display in Biscochitos is what makes food great. We don’t often think about all the blood, sweat and tears that went into our most beloved recipes, we think about our relatives who made them. Whole histories and moral codes are passed down not through words but through food.

For instance, Fajardo says there are many two-spirit people in the indigenous and Chicanx community. One story about Colorado’s other great food item — Pueblo chiles, which came to the San Luis Valley from Oaxaca — features someone’s uncle, who’s gay, wearing a pink polka-dotted apron. The biscochitos story stars Fajardo’s Aunt Mary, “who everyone thought was our uncle because she looked like James Dean.”

“There’s sort of a very subtle way, gentle way of introducing the concept that not only is our food specific and has this rich heritage, but so do our cultural nuances and what we were like as a people and how that’s continued on,” Fajardo says.

Fajardo’s Journey Through our Heritage team at Metro State is not only helping with the book and exploring their own backgrounds, but they’re also exploring the concept of “sacred food,” how certain food items were born out of necessity when communities faced food insecurity, water rights disputes and dwindling natural resources.

But the proof that these books and Fajardo’s program are helping connect young people to their ancestors is evident in her own daughter, Kali, who earned a publishing contract for a collection of stories about indigenous Latina people in Southern Colorado. In another instance, an educator recently told Fajardo that a student came back to tell her that they had become a chef and remembered the stories in Fajardo’s books that the teacher had put before them.

“I’m not saying the books influence them, but they have some part in their concept of who they are as individuals,” Fajardo says.

To get a copy of one or several of the Tummy Tales books, visit West Side Books in Denver, or attend a reading of Bicochitos at the Colorado Humanities and Arts Council (CHAC) gallery, (which is the oldest Hispanic arts co-op in Colorado) on Dec. 12 at 6:30 p.m.