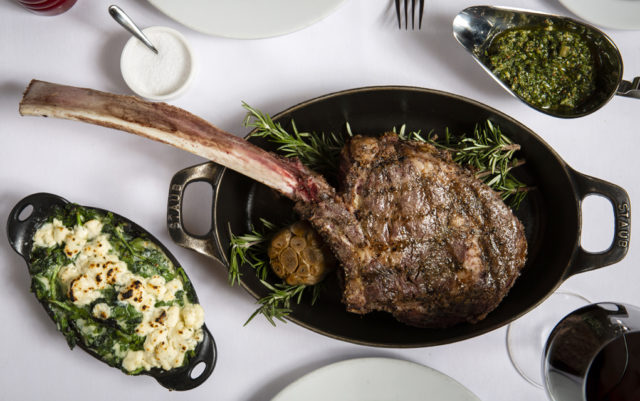 My friend had a postcard that said, ‘Come to Aspen,’ and I said, ‘Well, OK,’” says Craig Cordts-Pearce.

Cordts-Pearce had nothing to lose. After working nearly every day in a London restaurant, picking up extra shifts to earn, and save, more cash, he had come home from work one evening to find all his money had been stolen from his bag in the hostel at which he was living.

So he went immediately to Heathrow airport, and with the money in his pocket, bought a ticket to the U.S.

Cordts-Pearce took a Greyhound bus from New York City to Chicago, then hitchhiked from Chicago to Apsen, to meet up with the friend that had sent him the postcard. He got a job changing bed linens three days a week in exchange for room and board at a hotel, and started working in a restaurant.

“I connected with an Italian guy named Luigi, and I started with him [at his Aspen restaurant],” Cordts-Pearce says. “I just loved it and loved learning. I was a sponge. Started washing dishes and bussing tables and food-running. Eventually worked my way up to GM of that restaurant.”

Cordts-Pearce says no less than a dozen times in our conversation at Steakhouse No. 316, which opened in the old Conor O’Neill’s building on Dec. 7, that he loves restaurants. He loves designing them, renovating them, opening them, meeting new people in them, and serving those people. He and his wife, Samantha, have opened 10 restaurants in the last 15 years, several in Aspen. Craig and Samantha, who themselves met in a restaurant, are most comfortable, it seems, when they’re moving.

“Life is really short,” Craig says. “I really believe you have to live your life to have a life. Or you can be scared and not do this or that and be boring. You’re still waiting tables, you didn’t take a risk and one day you wake up and say, ‘Shit, I’m 50. What?’ I think you’ve got to go for it.”

Samantha says, “We want to travel the world,” in a list of things owning their own business affords them. “If we don’t do it ourselves, nobody’s going to give it to us.”

That’s been the case their entire lives. Craig grew up in a poor family in South Africa and served in the country’s Air Force before feeling the urge to leave and explore.

“I don’t know what it was, I just had this urge to just go, go to Italy, go to Europe… just go. It was addictive to me,” Craig says. “I wasn’t ready to say, ‘I’m going home now.’ That was being defeated. I didn’t want to be defeated.”

So that’s how he ended up in Aspen with $40 and a now useless ticket from London to South Africa in his pocket. After getting his feet on the ground in Aspen, he met and married Samantha, and the two decided to “see if we can make this work for ourselves,” Craig says, by opening a restaurant. It was not an ideal time — Samantha would deliver their first child during the restaurant’s planning stages — and not an ideal location — it was one of those buildings that had a revolving door of owners and failed restaurants before it.

It was no bother to the couple.

“Our son was six months old, and I remember I was painting the trellis. We have this 1970 Toyota Land Cruiser,” Craig says.

“We still have it,” Samantha says.

“And Samantha is breast-feeding [our son], and I’m painting and looking down at her, and someone walks by and says, ‘I wonder how long that restaurant will last,’ and I said, ‘What the hell am I doing?’” Craig says.

That restaurant, The Wild Fig, in Aspen, is celebrating 15 years in business this month. So they made it work. And then they launched more and more restaurants, in Aspen, in Florida, in New York, and now in Boulder. 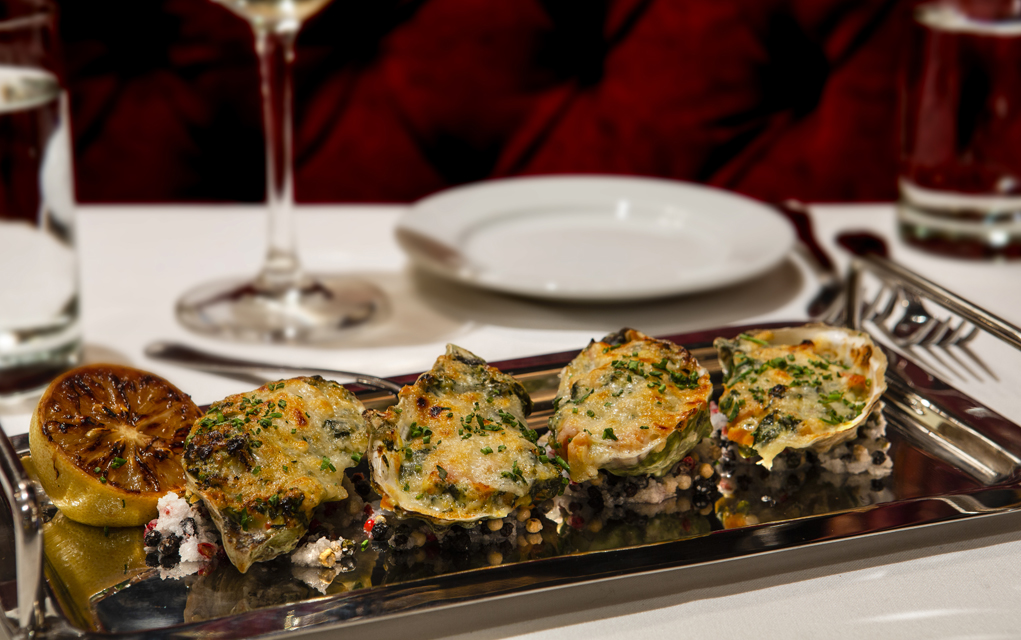 Over the years, they’ve figured out how to create restaurants of which they can be proud. Craig handles design and construction — he literally refurbished the floors of the new Boulder restaurant with his own hands — while Samantha handles the business and day-to-day operations of their restaurants. But they both have a knack for creating atmosphere. Walk into Steakhouse No. 316 in Boulder and you’ll be transported to what feels like a big-city coastal steakhouse, with boldly upholstered dining booths, framed photos of international figures and landmarks, gigantic floral arrangements, dark and beautiful molding, and jazz standards on the stereo system that rise in volume as the evening’s diners drink more and more Manhattans and martinis. That’s by design, and it’s a unique reflection of the globe-spanning interests and careers of the Cordts-Pearces.

“The first thing I do,” Craig says of walking into one of his restaurants, “is I touch the lights and the music when I walk in, and the managers freak out. But it’s those little touches, the attention to detail, that just grab you.”

“Everyone will tell you this is the way we’re wired,” Samantha adds.

The details of Steakhouse No. 316 include a classic steakhouse menu that reaches people of all culinary sensibilities — you can get the big, hulking steak, sure, but you can also get a fish sandwich, a pork tomahawk, raw oysters or sample from the vegetable-forward menu of side dishes. Craig and Samantha say they will be tweaking parts of the restaurant for several months, even while guests come in and get their first impressions of Steakhouse No. 316. Because if it’s true for anyone, it’s true for them: The journey is the destination.

“For me, its all I know,” Craig says. “If you own your own business, you work 24 hours a day. There’s not enough time in the day to do your job if you own your business.”

“But you wouldn’t be good at it if you didn’t love it,” Samantha says.

Craig and Samantha will split time between Aspen, where their kids go to school, and Boulder, but home has long been moveable for them. Home is in the restaurant, and that, above all else, is what they hope to provide people at Steakhouse No. 316.

“I know in my heart we do the best job we can,” Craig says. “We try to make every person feel at home. I want you to feel like you own the place. If we’ve done that, we’ve done our job.”