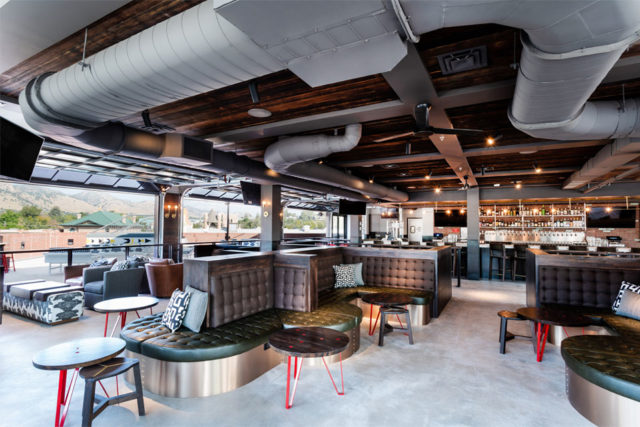 It marks the second Avanti location (the first is in Denver), but this one took a little bit of elbow grease to get up and running — you probably saw work being done on the building that used to house the Cheesecake Factory over the last year or so. Now, the 13,000 square feet of space has six food stalls, two bars and a rooftop deck.

The first tenants include:

• New Yorkese (pictured bottom left), a concept from OAK at fourteenth Chef/Owner Steve Redzikowski that serves pizza with a crust that’s blistered like New York/New Haven pies but has a classic Neopolitan chew.

• Quiero Arepas (middle left), a proven Denver concept that features the Venezuelan arepa, a corn-based flatbread stuffed like a sandwich.

• Boychik, a Middle Eastern-inspired restaurant that serves traditional cuisine with a modern twist.

Method Coffee Roasters will be serving coffee, breakfast burritos and baked goods in the space, as well. There’s also a full bar. It’s open from 11 a.m. to 11 p.m. to start. Visit avantifandb.com/avanti-boulder for more information.