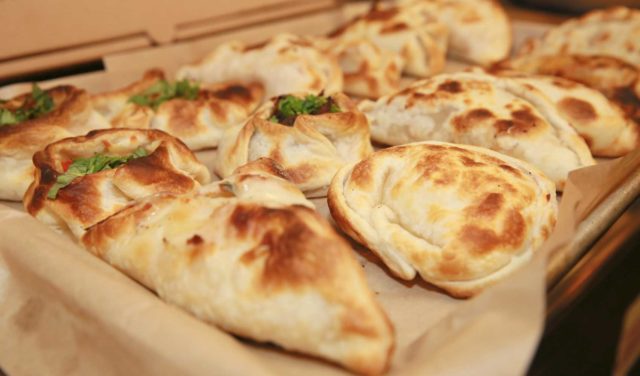 Boy, it seems a little unfashionable nowadays to share a story extolling the virtues of the American dream. Particularly around Thanksgiving, at a time in our country when, for many, expressing due “gratitude” for the institutions that once made the dream possible is more important than ensuring those freedoms are still available to today’s multi-cultural Americans.

But I still believe in it. And so does Christian Saber whose story just might restore your faith in our shared dream if yours has waned of late.

Saber grew up in Buenos Aires, Argentina, the son of a clothes importer. Saber’s father shipped in clothes from Milan twice a year, often taking the entire family to Italy to purchase the latest high-end fashions. It was a unique life, but by no means a luxurious one.

“I come from a middle-to-high class, so I had the opportunity to go to a good private school,” Saber says. “My country has a lot of poverty. Not everybody had these possibilities. I saw both parents working hard to make that happen.”

Like anywhere else, being of moderate means in Argentina doesn’t really make business any easier and it doesn’t exempt you from crime or public safety concerns. These were lessons Saber and his family learned first-hand.

“It’s hard to make a living there. It’s hard,” Saber says. “The store that we owned, we [were] robbed a lot of times. There were a few situations where you go and try to open your business and the door is broke and there’s nothing inside, and you have to start all over.”

Enter the United States of America. When Saber was 25, he joined an exchange program wherein Argentines traveled to Breckenridge to teach skiing and snowboarding during the winter, and U.S. instructors traveled to Argentina in the summer to teach in Patagonia. Saber, not knowing anything about Colorado beforehand, fell in love with it. He also fell in love with a human. And in short time he took his Colorado native, soon-to-be-wife, Karly, back to Buenos Aires. Before the arrival of their first son a few years later, they decided to return to the States and settle in Boulder to round it all out.

Skiing and fashion had been a part of Saber’s life since he was small. And indeed he worried that all he knew how to do was travel to Milan and purchase high-end clothes. But his passion was food. He grew up loving to grill, the Argentine craft of asada, and earned a degree from Argentina’s Gato Dumas culinary institute. But the ability to turn that passion into a career still evaded him. That is, until he had settled in the U.S.

Working odd jobs — from car salesman to landscaper — to make ends meet, Saber and Karly began baking and handing out empanadas (Argentinian hand pies of various meat, vegetable, cheese and herb fillings) to friends and family on weekends and special occasions. Of course they were a massive hit, and the Sabers were encouraged to try and make a go of it: to open an empanada shop. Saber thought of it as a rinconcito, or a little corner — a place to bring the culture of Argentina to the U.S. To blend the Argentine and American dreams. 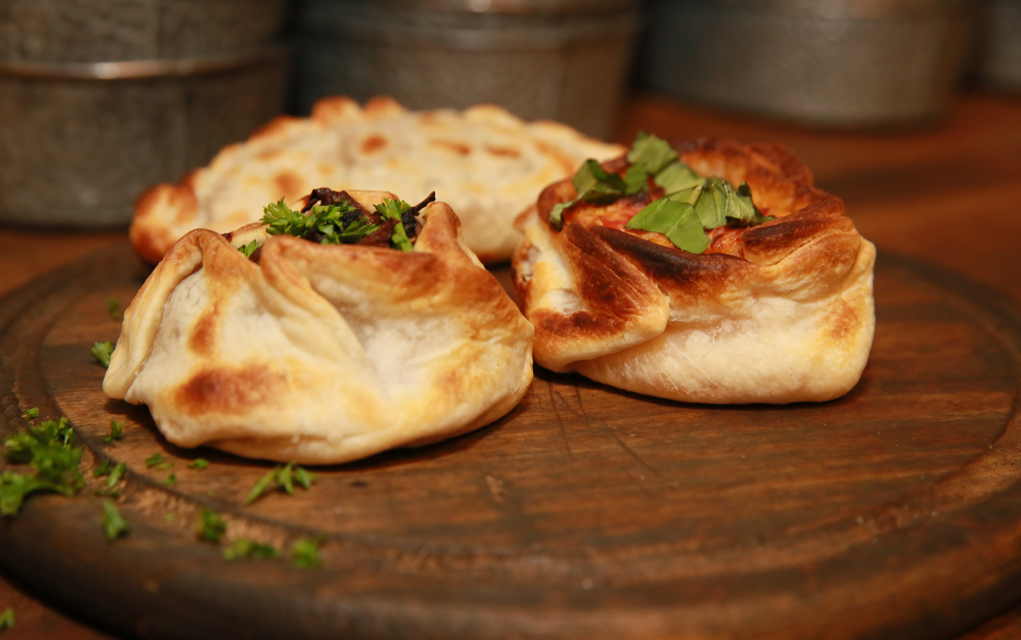 No story like this would be complete without tribulations. After signing a lease on a storefront, the Sabers figured it would take three months to get their shop up and running. It took a year. And with Karly pregnant with their second child, times were tough.

“We had about $13 left in our checking account when we opened,” Karly says. “Maxed out all our credit cards. … And on the first day we were like, ‘Is anybody going to come? Does anyone know what empanadas are?’”

In triumphant fashion, their efforts were appreciated by the Boulder community, but not without a little sacrifice at the beginning.

“Right from the first day we had a line out the door,” Karly says. “We started making empanadas at two in the morning with the kids sleeping on the floor, and we didn’t get done until midnight. For about three weeks straight we did that. We about died.”

But if you’ve been in Boulder since Rincon Argentino opened five years ago, you know the rest. The business has not only attracted a steady stream of loyal fans, but it’s doubled its indoor dining area and launched catering operations. At the heart of the success is the humble empanada, which Saber makes using locally sourced ingredients and time-tested techniques.

“I make them exactly the same as in Argentina, but we get local products,” Saber says. “I think I make them a little more gourmet than usually you find in Argentina. Usually it’s cheap food in Argentina … but there are a lot of people that come here and say, ‘This is way better than in Argentina.’”

Given such success, you might wonder why there aren’t Rincon Argentinos popping up everywhere along the Front Range. That’s certainly not without precedence among Boulder County restaurants, and it’d certainly be the American thing to do. To that, Saber says, “Why do we want to fix what is not broken?”

Since opening Rincon, Saber’s parents have moved to the U.S., as have his brother and sister. There aren’t going to be a lot of return trips to Argentina, at least for a few years. And for as much comparing between the two countries and their systems as I’ve done here, Saber himself doesn’t spend too much time thinking about it.

“I’m not really into politics,” he says. “It’s something like religion; we can have two different points of view and never get to understand each other.”

Food, however, is one way to understand people. And the truth is, Saber’s journey from Argentina to the U.S. isn’t that different from those people born here or others who immigrate here. But to eat at Rincon is to experience at least a small bit of Saber’s unique journey, no matter what label you want to put on it.