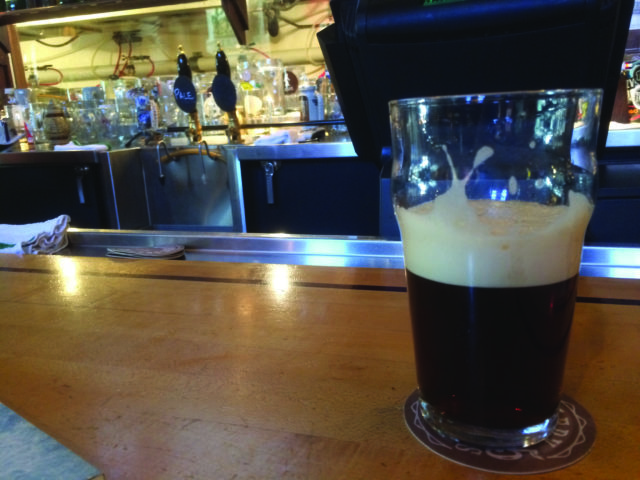 I miss the Walnut Brewery.

It wasn’t fancy, and it wasn’t hip, but the Walnut was my kind of place to swing by for a pint on a warm afternoon. The décor was on the dusty side—lived-in dusty, not dirty dusty—but the beers were wonderful: Old Elk Brown Ale, Indian Peaks Pale Ale, St. James Irish Red, Big Horn Bitter, 1123 IPA, Goldilocks beers; neither too hoppy, too malty nor too yeasty. But that lineup, brown, pale, red, bitter… they’re throwbacks to a time beer forgot. So, too, was the mug club proudly hanging behind the bar—an antiquated loyalty program that felt old long before the Walnut closed up shop June 4, 2017.

But that wasn’t the end. The Walnut—which was owned by Frank and Gina Day—reopened as Boulder Beer on Walnut one month later. You see, the Days also owned Boulder Beer, the first brewery in the county and the first brewery built in the state post-Prohibition. But the rebranding was not to be. In September 2018, the rechristened Boulder Beer on Walnut closed and reopened a month later, this time as Squared Pizza+Beer. That lasted until December 2018. Then nothing. For almost 30 years, 1123 Walnut St. was iconic in the brewing history of Boulder. Today, nothing but fading memories marks its existence.

There’s nothing new or unusual about a bar, brewery, brewpub, tap house or restaurant closing after three decades in the business. Hell, it’s a triumph they lasted that long in the first place. But when the Walnut closed, a chunk of history closed with it. Today, Colorado is home to over 400 breweries, the majority of them opened within the last 10 years. But it all started right here, in Boulder County. A new way of drinking was born here. I feel like there should be a marker—possibly buried in the sidewalk at 1123 Walnut. Not because the Walnut was the first or the best, but because it was emblematic.

Can history be a burden? It depends on whom you ask. Years ago, I stayed with a family in the English suburbs outside of London. It was bucolic, romantic, ancient. For a kid who grew up in a neighborhood about as old as he was, churches and castles from another century seemed otherworldly. But for my host, history was a nuisance. No road could be expanded; no business could be built because cardinal so-and-so lived in this building in 1573 and because a king once visited this field in 1678 and because someone baptized at this church went on to do something no one could quite remember but hadn’t forgotten.

How much of our history do we hold on to, and how much of it holds us back? I never frequented the Walnut in its heyday in the ’90s, so going there on a Thursday afternoon in the 2010s for a pint of Old Elk Brown pulled from the cask held no nostalgia for me. Just a connection to a history I was not privy to.

Funny thing, beer: When the brewers who ignited the craft beer revolution started brewing, they built their foundation on the back of English tradition. Makes sense if you think about it—the American beer market of the 1960s, ’70s and ’80s was awash in piss-yellow light lagers that barely even bent the light passing through. English ales were amber, brown, and black in color, murky as hell and produced an aroma strikingly different than anything you’d find at a bar. For a lot of drinkers, they were brand new. But they weren’t sold that way. Instead, brewers used history to prop their beers up as something from way back when. These were the beers your ancestors drank. The light lagers of the day were the interlopers, not the pint you just discovered. And it worked. Those brewers convinced millions to put down the mass-marketed can and pick up something new. Something local. Something made by your neighbor.

In some ways, beer today is wildly different than it was back then. In other ways, it’s exactly the same. Why, then, can’t I let the Walnut go? I can’t remember the exact date I stopped in for my last pint of Walnut ale, but I did know it was to be my last. There was only one other guy sitting at the bar that afternoon when the bartender went to pull my final pint of Old Elk. Halfway up the glass, the chestnut brown liquid started to sputter and spit. A thick collar of creamy off-white foam followed. The cask was dry. Frustrated, the bartender set the half-filled glass in front of me, wiped the beer’s name off the chalkboard and walked to the back. As the kitchen door emptily swung behind her, the stranger down the bar muttered to no one in particular: “That’s it. No more ale.”